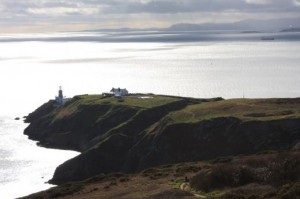 So, I got back from Spain, picked up my 64 Euro paycheck, and headed out into the world. Thanks Berlitz! In all serious, though (well, actually I was serious, my months paycheck for January really was 64 Euro, I’m more than a little relieved my freelance lessons are going well right now!), the recession is hitting Ireland extremely hard. When I arrived the square near our house was a small flourishing community of shops, bars, hotels, markets etc. Now it has a convenience store, two hotels and a subway sandwich shop that only opens every few days. Not looking good.

The freelance work is a weird experience, I’ve never had to go out, earn money and then spend it to feed myself day to day. It’s actually quite an interesting experience, and makes me think a bit more about my money and what I choose to do with it. My Berlitz lessons this month will cover my rent, but nothing on top of that. I guess I shouldn’t argue, last months it covered 12.8% of my rent, which considering the standard ‘rent should be about 40% of monthly salary’ thing, means it was just over 5% of what I need to get by. Luckily I’m fairly frugal right now, but none the less… ouch!

The joke of the day seems to be ‘what’s the difference between Ireland and Iceland. Personally I think 6 months might be optimistic, but we shall see.

Recession aside, I’ve managed to do some half decent stuff over the last few weeks. On Sunday Helena, her brother Sean and I went to Howth, a village on the coast north of Dublin. It’s a great little place, with a weekend market full of local produce and a 2ft-wide cliff walk that winds around a steep cliff-side for a few miles towards a lighthouse. The sea is surprisingly clear north of Dublin, a kind of turquoise haze that might have been due to the cold rather than lack of pollution, who knows….

On Saturday night we made it into town to watch some live stand up, at which I made the mistake of admitting where I come from, and got off surprisingly lightly. What is Ireland come to, not even having a pop at the English any more?!

All in all, not much new! Perhaps time for a writing update…

I’ve got some good stuff going on now – doing some work for BakPak travel guides in America – they’ve commissioned five articles and I’m hoping to get a few more from them when they’re done. We’ll see! I’ve got a trial with Ireland’s second largest music magazine that I’m waiting to hear back from, an article coming out in a Europe wide backpacker magazine and interest from a specialist Asian travel magazine as well. Slow progress, but at least I’m making some. My ‘article count’ is still on seven published, but I have a total of around 18 lined up for publication now, so I guess I’m more than on target for the 100 in the year.

Three weeks (except the time in Spain, of course), and that’s all I have to say for myself. Must try harder!