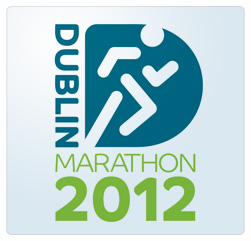 I haven’t had a chance to write quite as much as I’d like to about my Dublin Marathon training experience over the past few months. Frankly the training combined with my normal workload has left me really little time to cover what I’ve been doing, suffice to say that so far it’s consisted of more than 600kms worth of pavement-bashing (or, equally often – I live somewhere pretty hopeless for getting up a running rhythm – treadmill bashing), and all was going very well up until about three weeks ago. More on that later.

The first major change, though, is that I’ve decided to Fundraise for the event after all. Obviously this doesn’t oblige anybody (why would it), but I’d like to take a paragraph or two to explain why. I’ve recently been lucky enough to be invited into the folds of Trocaire (for those outside Ireland: a major Irish charity working in particular in areas of poverty, hunger, climate change, HIV prevention and a number of other important areas – for those in Ireland they’ll need no introduction). Seeing a little of how the charity is run has convinced me that it makes sense to dedicate the run to trying to help them out a little.

Now, it won’t have escaped your notice (or at least won’t in the near future, as I’ll be doing a lot of writing and social networking on the subject) that I’ll also be travelling to El Salvador with Trocaire to get an insight into Climate Change over there in just ten days. In fact, I’ll be traveling just the day after the marathon, probably in some kind of post ice-bath, muscle-destroyed exercise coma. I just want to reassure that there’s no pulling the wool over anyone’s eyes here: there is a requirement to fundraise in order for me to go on the trip, but I’ve also agreed with Trocaire that I will pay that requirement entirely out of my own pocket. That’s a decision I made before accepting the trip; I’ve written before about the phenomenon of using fundraising and charity trips as a guise for taking a trip that most of us would kill to go on, and I don’t agree with it. Obviously it’s not something I now intend to do myself.

The decision to adapt the marathon to include fundraising is entirely to do with the insight the trip has given me, and for the above reason when you click through to the fundraising page you’ll find a large donation in my own name; the minimum requirement for my involvement with the trip. The fundraising and the trip itself are officially separate anyhow, but I’ve asked (and agreed) with the charity that things are better this way around, and I want to make a transparent disconnect between the two things, essentially to avoid the sense that anyone’s paying for my “holiday” (it’s not a holiday, as will become clear when I write about things in more depth later, but I understand the perception). I’ve already paid the minimum in full, and I hope that makes sense to everyone – just shout if not!  If you do feel you’re able to donate, it’d be hugely appreciated. The fundraising page is here. 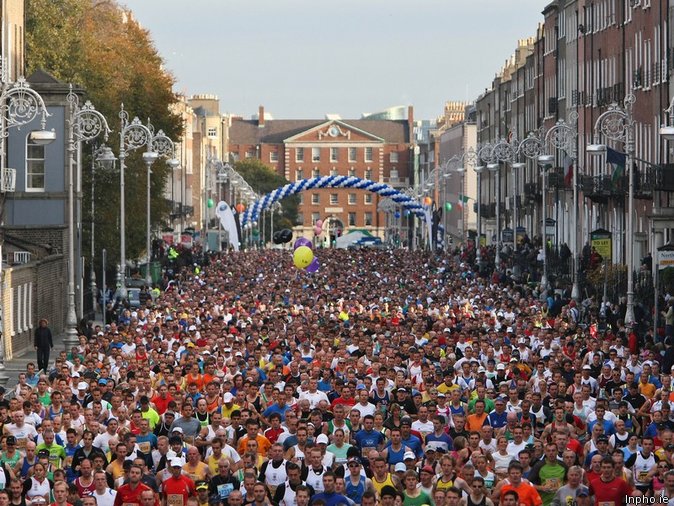 On the running front, it’s fair to say things haven’t exactly gone to plan. In fact, I’ll be lining up on the start line of the Dublin Marathon on the 29th of October having run no more than perhaps 50kms since the first week of September, when I completed my longest, 20 mile training run. A few days after that I kicked a step and smashed my right toe. It doesn’t seem to be broken, but it was several days before I could walk on it properly, and I still haven’t really got back to running normally. I’m hoping that a week more and a few shorter trips to the treadmill will have it sorted, but I plan to line up on the start no matter what, and previous marathon experiences (I’ve done three before, and one of them involved a long walk to the end after I fell over a plastic bottle) tell me I’m pretty determined when it comes to this kind of thing. Even under the circumstances I’ll be hugely disappointed if I don’t finish, but I won’t be concerning myself too much with time (my earlier target was sub four hours, a few minutes faster than my previous best).

I must admit, then, that I’m a little afraid, which brings me to my second reason for setting up fundraising: it’ll give me a reason to keep going. If I don’t finish, I’ll commit now to running another marathon in the coming few months, but this will push me around, so if you do feel you can throw a Euro or two in the pot it’d be hugely appreciated. If you felt able to scream at me from the side of a road in Dublin on the day, all the better. I’ll be the one limping my way around in a heavily adapted Trocaire shirt, trying to look like I can run.

Thanks in advance for the support!