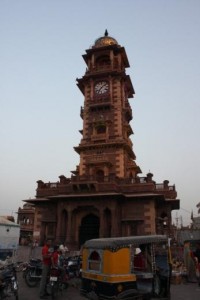 ‘Ahmedabad doesn’t have tourist quotas. We don’t have enough tourists’. The day the train station reservation centre informed me that I’d either have to hang around until well into June or find another way out of Ahmedabad, I knew we were in for a nasty one. Sleeper buses it was, and here’s the bad – how it all went:

Ahmedabad to Jodphur: ‘We leave here at 8.30pm’, they told me. It was the wrong side of town, but I could love with that, it seemed a straight forward one: turn up, sleep on our own little double on the bus, wake up in Jodphur none the worse for it. I still have two large sores on my back from this leg of the journey! 8.30, of course, was the time the company would like us to be sat outside there office paying for cold water from their affiliated vender. At 9.30pm a minibus turned up, and transported a dozen or so of us, each with luggage up to our ears, back to the bus’ actual leaving point. About ten minutes from out hotel.

Sleeper buses in India are great in principle, but suffer from several major problems.

Firstly, they’re never cleaned. So when you’re lying in your coffin-like bed, nose pressed inches from the roof for ten hours, your sweat is slowly mingling with years of dust and causing a friction burn against the padded cushions every time the driver goes for one of his overenthusiastic overtaking manoeuvres.

Secondly, driving through the Rajasthan desert at over 50 degrees Celsius and trying to use the wind from two small windows to cool you down is fairly similar to trying to put out a domestic fire by shooting fireworks at it. Speaking of fireworks, every member of the seating section will no doubt be smoking the brand of Indian cigarettes that smell suspiciously like they contain most of the contents of a firework, and probably have a similar poisonous effect.

At around 4am I couldn’t take it any longer, and adjusted myself to sit up right with a blasting wind flowing past my head outside the sleeper part for the rest of the journey. Awful. 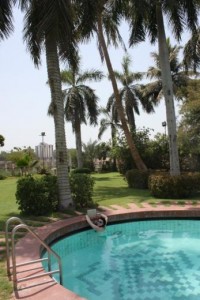 Jodphur – Rishikesh via Haridwar: Before reading this part, head over to this blogs map section, and take a quick look at the distance this journey is. Perhaps zoom out to the ‘world’ view, just to give some kind of context. Now factor in Indian roads (potholed, and that’s just the highways), the high probability of cow delays (or truck pulled by cow delays) and unnecessarily long rest stops, and you’ll start to understand why the door-to-door time came in at over 26 hours.

I opted for a seat this time, the sores on my back couldn’t handle another mile of the beatings they’d taken on the previous leg, and it all started out fairly well. In fact, terrifying overtaking manoeuvres being far more visible from downstairs aside (Indian bus drives are like boy racers with less stable cars…), I was actually finding the whole experience fairly palatable right up until 18 hours after leaving, despite the firework-toxic atmosphere and uncomfortable sleeping angles.

Then it all fell apart. An hour rest stop just two hours from the end of the journey drove us mildly insane. The numerous Haridwar bus stations on offer for the transfer up to Rishikesh and the Rickshaw driver’s unsubtle attempts to rip us off (unsuccessful, but still irritating) added to it, and the final ‘half hour’ up to Rishikesh was the nail in the coffin. It took nearly three hours, to cover 23kms in nose to tail traffic.

In short, Helena and I have about as much collective goodwill left for India’s bus system as the South Koreans do for Mr. Kim Jong Il right now.

So what’s the ugly? Well that would be the two of us, fresh from 31 hours of bus journeys in the past 50 hours, dehydrated and caked in enough dirt and sweat to feed every insect in Rishikesh for a week. An hour in a cold shower, litres of water and several rehydration sachets just about have us sorted, but we won’t be leaving Rishikesh in a hurry! Sadly, it probably will have to be on a bus. 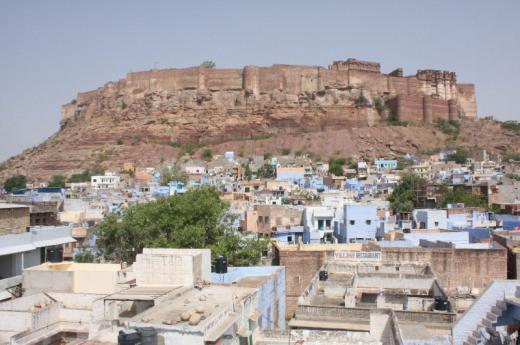