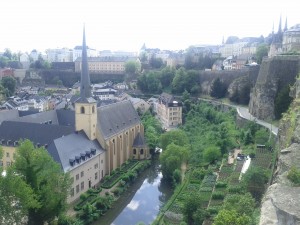 It’s not often, but occasionally being a Berlitz teacher throws up a chance to get paid to travel. That, as you might have gathered now, is something of a dream scenario for me. Last time it happened I headed to Hannover for three weeks, and two and a half years later the chance came around again, and I find myself in one of Europe’s minnows, Luxembourg. It’s not somewhere I’d normally think of going, but that alone is probably a very good reason why I should.

On a Sunday afternoon, then, instead of watching Death Cab For Cutie (one of my favourite bands, and I still haven’t seen them live; a missed chance given how rarely they come to Dublin that gave the first part of this trip a tinge of regret, even though a week abroad vs. an hour of a band is obviously a no brainer), I headed to the airport early and caught a flight to Brussels. Brussels, like large parts of mainland Europe, is largely closed on a Sunday, so I took a glance at the ludicrously tiny (think slightly larger than actual baby-sized) mannekin pis; sneaked in an early beer as I’d heard too much about the tangy open-air fermentation process of Gueuze not to try it, and hopped on a train. There was a little square-ogling in there, too, but I was only in Brussels as Dublin and Luxembourg are poorly connected, so the little sightseeing I squeezed in was a nice bonus.

The Grand Duchy doesn’t get a lot of local news time back home, and the word I’d heard bandied around most was ‘boring’. I’d heard the same about other places, though – not least my last Berlitz stop off, and often found I totally disagreed. The same applies here. The entire country has a population of less than half of Dublin (around 500,000), but the sheer volume of economic commuters from France, Germany and Belgium who come in on a daily basis mean the days are lively and the nights see a mass exodus from the city. Luxembourg has high salaries and low taxes, but it’s also extremely expensive to live in, so plenty take advantage by paying their income tax here and hopping over the border to live. It’s a situation that can’t last forever – the German government in particular are starting to look closely at it – but for now the city’s happily bumbling along while the rest of Europe dies on its feet. 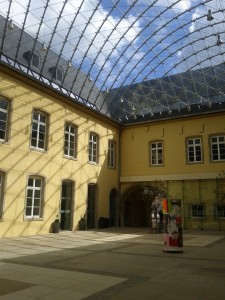 My student, then, turned out to be a French accountant based in Luxembourg (and not quite as dull as that suggests), but unsurprisingly it’s been the exploration of the area that’s excited me far more than the classes themselves. After coming up to six years, I don’t think there’s a lot that can happen in a Berlitz classroom and genuinely surprise me, though I await the fall out of the England vs. France game with the same nervous disposition that came with the aftermath of the German thrashing during the world cup. These things hold more weight when you have a heap of students to deal with in the aftermath.

The reason such a small country as Luxembourg exists at all, anyhow, is largely because of the Casemates. Ancient Luxembourgians built a sophisticated defensive system into the side of the deep valleys surrounding the city, and one of the main tourism attractions is now to explore the murky depths. The severe valley sides make it clear why the city was so hard to conquer, and have some incredible views down into the ‘Grund’, the valley floor where tiny allotment farming still dominates just a couple of hundred metres from the main commercial centre. Grund itself, a 10km walkway around the city’s valley, is as picturesque a rural spot as I’ve come across anywhere in Europe.

All of Luxembourg, in fact, is incredibly green. The locals pride themselves on the fact that if you look at the city from above it looks like it’s hidden in the middle of a forest – which it is, essentially – something that’s fantastic apart from if you happen to suffer badly from hay fever. Which I do.

In some ways I actually prefer coming as a teacher rather than a tourist. There are plenty of locals to show you around, and immediately give an insight into a culture that otherwise might remain a touch elusive. I’ve spent hours in restaurants with my student at lunch times, and been introduced to a few of the little local cultural quirks. A twist on the Berlitz teaching style is that for intense classes we teach a double lesson every day, where I’ve been joined by Johan, a first-language English speaker born and raised in Luxembourg to a Philippine father and local mother. He speaks fluent French and English but not a word of Luxembourgish (which genuinely is the most common local language here – it’s not a rural throwback like Irish or Welsh). That gives an idea of the cultural mish-mash of this place. 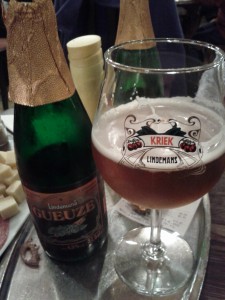 The locals are linguistically brilliant, generally. Most children growing up in Luxembourg speak Luxembourgish in primary school, and have to learn to do everything in French and German by the time they reach secondary school. Throw in an almost universal use of English as well, and the city has an almost totally standard practise of communicating in four languages. I have only a spattering of French and German left from school, and not knowing which one I might hear threw me for a while (or, in fact, if I might get the strange combination of the two that is Luxembourgish, and completely over my head). At least it threw me for as long as it took to realize that everyone spoke English, too.

There are a few other curious cultural quirks, too. The city bus service, for example, technically charges 1.50 a ticket, but actually just allows people to walk on without any charge whatsoever. I can just imagine the bus driver arriving back at the depot with exactly the same cash in the machine as he had at the start of the day. They’ve set up a text system that allows anyone to buy a ticket through their mobile phone, and all the locals simply text if they see an inspector getting on the bus, while the bus drivers ignore the process entirely. Another teacher told me he hadn’t paid for a bus ticket in four years, and that the consensus is that being a relatively tax-rich government, the authorities have simply decided not to take the money in the hope that it’ll encourage people to take public transport. It’s not an official policy, of course, but it’s hard to miss.

Commuting, unsurprisingly, is crazy. Eating in a cheap restaurant is not at all cheap (luckily I got a meal a day paid for with my student by Berlitz), and the cafes and bars entirely ignore the EU smoking ban. In fact, Luxembourg seems to pick and choose the European laws it wants to follow in general, which is something the rest of us could probably learn from (the Italians already did), even if this isn’t the most positive of examples. The governance in general, however, is extremely aggressive: there’s no social welfare, only a temporary loan to help cover costs while someone finds another job, based on the relative abundance of employment opportunities. It’s illegal to sleep on the street or beg, and you will genuinely get locked up for it. Immigration is widely accepted but not financially supported, and with jobs so read 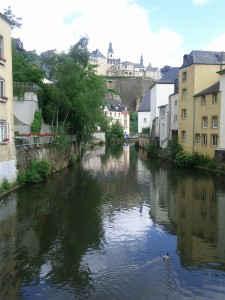 ily available, the system seems to work. Luxembourg, essentially, can get away with being quite extreme in many ways, as it offers so many opportunities.

Above all, though, I’m impressed with the beauty of Luxembourg. The petite streets and grandiose houses (just read that back, obviously the French has been rubbing off on me a bit), the winding roads down into the valleys and the fact that the entire city can be explored in little more than an hour but doesn’t get dull (sorry, detractors, it’s more relaxing) is nice for a week or two. Admittedly, it probably would get a touch dull if you actually lived here, but to visit it’s pretty special. I won’t ramble about the scenery too much as the pictures say more than I ever could.

It’s lucky I like the place, as by the end of my first week I’d been booked in for a second. I’ll have a week back in Dublin, two weekends in the UK at either end of it, and then head straight back to Luxembourg for another round of intense teaching and exploring the city’s restaurants, no doubt with a little Euro2012 thrown in alongside this time. Perhaps a second week will convince me the place is dull. I can’t see it, though.