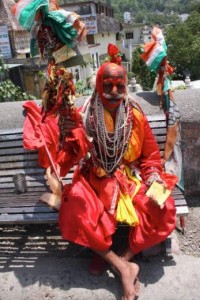 I didn’t get the Korea Herald job. It was a weird one to deal with, as right up until I didn’t get the job offer I wasn’t 100% sure I wouldn’t rather stay in India and travel/ write anyway. As soon as I didn’t get it, I realised that was just a case of wanting everything and not being able to have it. I’d much rather be going to Korea, as I have no idea how many decent journalistic opportunities I’m going to get (anyone out there want to make me an offer?!), and this one was probably about as big as they come for a first major journalism job outside of freelance work. It sounds like I missed it by a whisker (though that may be the guy just being polite, who knows!), and going back to self motivated article writing and hopeful submission is mentally draining now to say the least. I guess I just have to get on with it.

On the plus side, we’re in India, there are plenty of interesting experiences to be had (and stories to be dug up!), and knowing that we don’t have to head back to Delhi to get a flight means we can head right up into the mountains and cool down properly. I’ve enjoyed Rishikesh, but there’s only so long you can stay in one place without going stale, and the time has come to move on.

For the last few days, since the rafting, we haven’t done that much to be honest. I’ve been sitting around waiting on news from Korea, and the heat has picked up again, making the middle of the day all but a write off, a time to stay in our room and relax or do some work, or (equally often) catch a couple of hours sleep.

I’ve been doing some smaller things, like learning about the natural beads they sell here, which grow up in the mountains. The different number of faces mean different things, and some have an insanely high value. Each total number of faces (the beads our split into ‘faces’ by narrow lines across the surface) relates to a different Hindu God, and to wear them close to the heart (usually in a necklace) is supposed to have various effects on the wearer. A single faced Rudrkash (? – spelling!) bead has a set price in Rishikesh of 2501 Rupees, or about 36 pounds. For one bead. The one I was shown was kept on a bed of flowers in a safe alongside the shop’s gemstones. I bought a necklace of 5 faced beads (100 of them) for 100 Rupees, which seemed much more sensible! I don’t think I’ll ever wear it, but they’re one of those things that make a great souvenir. 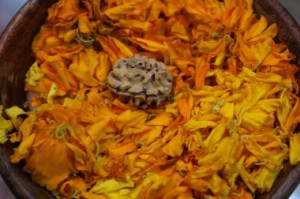 I went around and took a few photographs before leaving, and chatted to a few of the Saddhus (religious men who live around the Ganges). Some of them are amazingly dressed (see photo, if it loads!), but it’s difficult to distinguish between those that are genuinely on a spiritual journey (the idea of being a Saddhu), and those that are just out to con tourists through ritual offerings. I tend to try and talk to them for a while first, and if they quickly lose interest than I assume there’s something a bit dodgy going on. The guy in the picture worked for a charity trying to provide milk to poor local children, which he told me all about, before walking away without asking for any money. Very unusual in India, so much so that I couldn’t help buying him a few sachets of milk anyway.

Rishikesh has been good to us: quiet, different and (until the last day or two) relatively cold. Next we’re headed for Mussourie, which is a two bus journeys away, totalling only three hours (seems simple on paper, but you never know in India!). It’s over 1700 metres higher than here, and sitting on a cliff ledge with views for miles, at least when the clouds clear (rarely, rumour has it). Something to look forward to.

I never did do yoga. It’s one of those things I really want to try, but just can’t quite push myself to actually do. But then I doubt any of you could picture me doing it either!