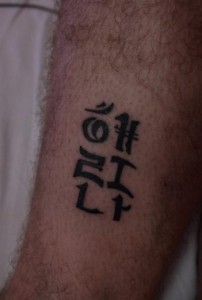 I never got lucky with the weather in Darjeeling; the clouds never cleared quite enough to get a full on Himalayan vista appearing on the horizon. I had to gamble on it on my last day though, so I walked the 10kms to the village of Ghoom hoping the clouds would clear at some point along the way. They never did, but I did see a few impressive monasteries and Buddhist Gompas, as well as the Ghorkha war memorial hanging over the train tracks, and get a good bit of exercise. Not that I need it right now, seeing as I spend a good chunk of most days walking around.

I spent the afternoon relaxing in old school colonial luxury. Darjeeling planters club would also have a view over the Himalayas if the clouds cleared, but I had to be content with a pot of tea and a look at the flaking insides of what was no doubt a really impressive building 100 years ago. I’m hoping to string it together with the five second tea lady to make a Darjeeling tea article.

This was all very well, but the day was definitely lacking something, and the worst thing was I knew what it was. I’ve wanted a tattoo for years. I remember doodling in exercise books in the library at university, but never being sure enough of what I wanted to actually take the plunge. Well, for about the last six months I’ve been certain of what I want, and where I want it. Spotting a well respected tattoo parlour combined with having a few hours to kill in Darjeeling sealed the deal.

Hopefully I’ll get the design up with this entry as a photo. It’s one I’ve been adapting in my travel journals for the last few days, and I adapted a little more on the spot using the lettering designs they had on site. It’s in Korean, so if you’re a friend from Korea whose stumbled along here (thanks!), you should be able to read it, though it is adapted a little from the basic letters (otherwise it would look very dull).

For those without a functional level of Korean, I should probably explain, though the explanation’s actually fairly simple. It’s a phonetic translation into Korean of Helena’s name, which seemed appropriate as we met in Korea. I think is far less tacky than the same in English, looks better and adds another level of sentiment. And as I miss her like crazy right now, it made me feel closer to finally get it done too.

Just for the record, I know a few people with tattoos who went on and on and on about how painful they were to get. Wimps! I can honestly say that my middle finger, which I messed up more than a week ago, hurt far more throughout. It’s a little bit painful, but more like a repetitive scratching than the piercing pain I’ve had described to me. I’m sure where I had it isn’t the most sensitive area, but short of getting it on your face, hands or feet wimps!

Reassurance part for parents: yes I know you won’t like this (!), but it’s nowhere visible if I’m dressed up (left leg, above ankle) and I am very sure it’s what I want. I opened the needle myself (and disposed of it myself), and checked the ink they used too. It’s not going to cause any problems other than the fact that you’ll have to look at it next time we go swimming! Hehe.

Off to Nepal with my first tattoo (okay, did that just to scare the parents first and only, don’t have a heart attack please!)