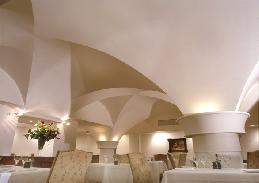 My job’s not something I ramble about often enough. Most of the time, I love it, and it does seem to bring with it some particularly odd moments. One of the most memorable of those has come in the past few weeks, and while a certain amount of privacy (for the sake of the students) is obviously required, I can tell you the gist of the interesting ones. Here’s the best of my Dublin EFL experience over the past few months, then:

Correcting the President: I’ve actually taught a former president before. He was an executive director of a large bank in South Korea who used to run the country. This makes my second, and it happened in a particularly odd way. The gentlemen concerned arrived from an Eastern European country, and spent large parts of our week teaching him business English being extremely evasive. He told us about his flights on private airlines, his ownership of numerous companies and expressed an interest in opening a local franchise of our company. He made it clear that money was no object, and wouldn’t even contemplate taking a coach tour or using public transport: instead he bought last minute tickets to a huge international rugby match (at 100 Euro a pop) and invited us all out to dinner at Dublin Michelin Two Star restaurant. We have extremely well off businessman studying with us fairly regularly, though, so while slightly other-worldy (I can’t even imagine operating on that level, especially as I was really scraping by that week), it wasn’t all that unusual.

Then it came to the last day, and we finally worked out who our student was. I won’t tell you his name or the country, as that would obviously break all kinds of confidentiality rules, but suffice to say that he turned out to be a reasonably recent former president, something I’m extremely glad I didn’t know when I taught him (even after a whole load of band interviews, I still feel I have to perform better in these kind of situations). We did, depressingly, talk a little bit about politics. No doubt I made myself look a touch stupid, but so it is.

The restaurant experience was, of course, absolutely unreal, right from the tiny and intensely flavored starters all the way up to the glazed lamb with orange and luxurious (but also tiny) dessert at the end. I happened to glance the bill as it arrived, and it’s fair to say I couldn’t even have afforded one of the bottles of wine (more than day’s work), let alone the high-end Hungarian desert wine or the main courses. Not often you get opportunities like this, so thank you Mr. President! Next time, feel free to correct me on my politics, and I’ll correct you on your English! 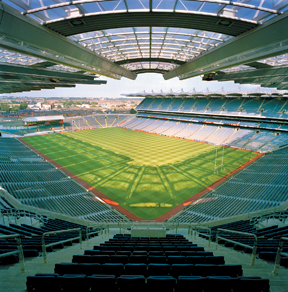 Field Trips: I guess the ‘field trips’ that we sometimes involve our students in are a bit dull for Dublin natives. After all, it’s not all that exciting to visit places where you grew up, as witnessed by my relative indifference to Salisbury Cathedral and Stonehenge (I know they’re stunning if I’m being subjective, but they’re just too familiar). To me, though, the sights are well worth the effort. My trips in the past few months have included a Croke Park stadium tour. I’ve been there for games before, but hearing the history (which doesn’t make us Brits look all that good, but that’s nothing new in Ireland) and climbing to the very peaks of the stands is well worth taking a tour for, too. I also dropped in on the museum and saw all the county Gaelic shirts (London and New York included – I’ve got to get myself a London one). There’s also a little game where you can have a go at hurling. I think it’s safe to say that’s not a sport I’ll be appearing for a bottom of the league under 12s team for anytime soon. I can’t even pick the ball up on the end of one of those things. Great fun, though. 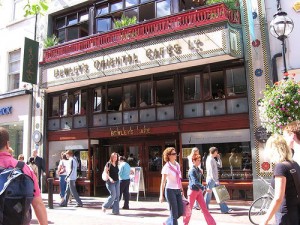 Another trip we’ve been doing is to Bewley’s, the café in Grafton Street, which is where Bob Geldof and the Boomtown Rats wrote their first album. It’s also a great historical building, and they had a nice little local film festival going on for a few weeks upstairs, along with a pumpkin latte for Halloween (nicer than it sounds) and some great window displays. It’s more impressive than I expected. Then there’s the National Gallery, which I end up in at least once a week. I’m not even that into art, but it’s free and interesting to look round for half an hour on top of lunch.

Cultural Learnings: Most of our students are German. I’ve found that the more I teach Germans, the more I understand the grammatical backdrop to their English language learning problems (every nationality has them), but I generally find German students to be committed, and to have very high expectations. Which is fine, if high pressure. The simple facts are you can’t learn a language in a month, no matter how good your teacher is. The French and Italians tend to be more laid back, have more issues with pronunciation but are able to accept grammar in a less structured way. It’s also particularly interesting to teach people from an East German background. An entire class can pass just discussing what it was like living behind ‘the wall’ (and it turns out most former East Germans are utterly fixated with Pink Floyd) and those wacky East German cars (we actually have one in Dublin hanging from the roof of the Hard Rock Café). I’ve also been teaching Spaniards, Russians, Poles and a number of other Eastern Europeans. All different and all a learning experience for me, too.

I probably didn’t mention on here that I got made Manager Of Instruction, too (effectively the teaching manager), which is very nice, both in terms of career progress and salary. Things are all tied up for the year, now, so let’s hope next year brings just as much random fun with it!