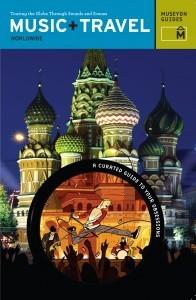 First of all, I seem to have somehow acquired a fairly chunky following on here. I remember when I first started this blog, when I was traveling out in India (the early Thai entries are emails I sent back home a year before the India trip, and back dated on here), I’d be lucky if a dozen people read my ramblings. Now they seem to be edging towards the hundred mark… I have no idea who you all are, and seeing as I’m nowhere too exciting these days, where the interest comes from, but thanks for reading, it makes me feel loved! Incidentally, seeing as you all clearly have nothing better to do (:P), feel free to head over here and give me a good chunk of writing feedback, too!

I could, given a bit more cash to throw around, have found myself spending this week in New York, celebrating the launch of a the book I wrote 1/12th of early this year with a bunch of Chinese musicians, and probably checking out the Empire State building and a few other sites along the way. As it is, I’ve only seen the final version of my ‘Dublin Punk’ part (I’m waiting on delivery of my copy), but it’s still very exciting that it’s finally out there in the world. It’s called ‘Music and Travel: Touring The World Though Sites And Scenes’ and aside from my Dublin entry, visits Beijing, Mumbai, Turkey, Brazil, Berlin and a few other places that slip my memory. It seems to be going down well on Amazon, if the reviews are anything to go by. If you’d like to see if for yourself, you can grab a copy here (you’ll have to go to the US one if you want to see positive reviews, for some reason).

Anyway, enough self promotion. I spent this weekend in Bristol with Helena, which was great, though we managed to spend a large chunk of it watching films, lounging around drinking wine and otherwise doing a great job of not really seeing the city. We did make it down to the harbor, where they have quite astonishingly cheap pubs (I’m obviously used to Irish prices), and discovered what must be one of the world’s only indoor crazy golf venues at the top of a shopping centre. In fact it was half crazy golf venue, half café, which if anything is even more bizarre. Sadly there was a spectacular lack of decent Halloween cinema on (at least in Bristol, anyway), so we had to settle for Harry Potter 6 (which, having not seen most of the other five, is absolutely dire as a stand alone film – was their even a storyline apart from there’s this quite odd school where people do magic, right? If there was I didn’t spot it…) and Dorian Gray (much better, especially as I haven’t read the book, though that slowly morphing painting kind of freaked me out).

On Monday we made it down to Bath, which is a really fantastic city. Considering it’s just down the road, I’ve spent really quite impressively little time there. Coming out of the train station into a city centre full of Roman columns, quirky market stalls and grandiose buildings shouldn’t have come as a surprise, but it did, and I really enjoyed it. We walked around the market stalls for a bit and then made our way into the Roman Baths, which I’ve also somehow never been in before. It’s an amazing building, with displays showing things like the old Gods that used to be statues in the huge courtyards, and the gems that fell from ancient visitor’s rings after the glue loosened in the hot water.

The most impressive part is the baths themselves, of course, which are now a slightly odd shade of green (apparently they weren’t way back when). It’s a real shame you can’t go in them (though it probably makes sense, too), as drifting amongst the columns in a toga, dropping into the cold plunge pool and relaxing in the open air could be a great experience. The Romans used to do it naked, and mixed gender, though, not sure I’d be so keen on that!

The last ‘attraction’ of the Roman baths is the chance to drink some of the water from a fountain in the luxurious restaurant upstairs, which tastes like a potent (and pretty nasty) strong mineral water. You have to do it, but I won’t be trying that stuff again!

We’ve had a massive hollowed out Pumpkin whose been christened ‘Steve’ sitting outside our house for the last few days (he weighed over three kilos before he was hollowed out, apparently), and on fireworks night we celebrated by letting off a whole load of slightly dodgy looking German fireworks in the garden. No one lost any limbs or vital organs, so all in all it has to be called a success.

So, time to search the bookshops of Salisbury for my new book!