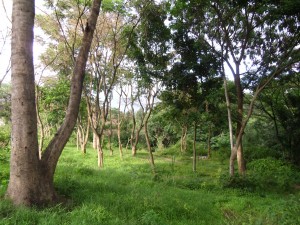 I like to think of myself as quite a positive traveller. Sure, when I find something bad or insulting, I’ll certainly blog it for the world to see (in part, I guess, because in some small part I hope it will change something, or at least inform someone. Glass half-full stuff there…), but generally speaking I manage to find the positives even in places like Delhi, which I previously ranked amongst my three least-favourite destinations of all time (it has incredible markets and some of the sights are breath taking). I haven’t got distance yet for context, and I write this in sharp contrast to our incredible safari experience not far from the city (a relief – I needed a positive angle on Africa), but Arusha has just shot in as my least-favourite destination of all time.

In the interest of fairness, let me go over the highs, first (and they’re not entirely insignificant). The market’s gorgeous – full of powdered and root-based Maasai medicine aimed at curing malaria, headaches and stomach problems, tiny metal stoves run from coal and tyre-constructed shoes. There are some incredible views and a charming atmosphere to be found off the northern backstreets, where you can walk amongst grass huts and stare at the neighbouring hillsides in relatively serenity. The museum has the odd interesting exhibit. At this time of year it’s a pleasantly balmy 25 degrees during the day and cools to 15 at night, so very comfortably sleep-able, and given how far we are from where you’d expect them to be good, the iced coffees are incredible (yes, I realize coffee is a big Kenyan/ Tanzanian export, it’s the iced bit I find unusual). Despite all this, Helena and I – with very nearly 50 countries worth of travel experience between us – agreed it that it’s without doubt the worst city we’ve ever had the misfortune to rock up in. We even had to sit down this evening and ask ourselves if we’re just being too negative, and came to the conclusion that there were just too many reasons that no, we’re not. The reason for our total disdain towards Arusha revolves entirely around one thing: money.

Now, before I go on, I have a small request to make. Before you judge me too harshly and think I’m the kind of person who begrudges a relatively poverty stricken country its meagre tourist earnings, please read this entry IN FULL, or at least skip down to read who the money-hasslers actually are towards the end. Here goes… 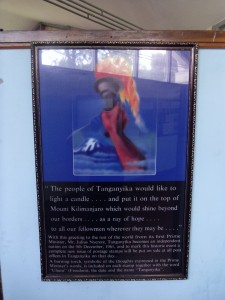 Arusha’s residents are utterly infatuated with cold hard cash. As a white-skinned person in Arusha (apologies for the race-based description, but it’s certainly how people are singled out), you won’t get a moment peace. I got my first idea of what to expect when two waiters in the hotel restaurant where we had a coffee after arriving were happy to try to physically extract a 25c tip (more than 10% of two coffees, we weren’t being stingy, honest!) from each other as we left. Helena was feeling worse for wear, with some fairly serious stomach problems, so while she rested up I also headed off around town to explore the other options. In Arusha, you can’t go 20 metres without someone asking you directly for money, or trying some other ‘subtle’ angle that also ends with asking for money. That’s all very well – I got fairly used to it in corners of India, and actually came to understand it (seeing as it usually came from people who couldn’t afford shoes, let alone cars) – but this is incessant and incredibly persistent. I had a guy follow me around the market pointing at things and then spend 15 minutes demanding he get a very large guide fee (I had told him to leave me alone on several earlier occasions). Mothers sent their kids running up to me to ‘practice their English’ on several occasions, and the only sentence most of them were able to say was ‘hello, money please?’ The safari tour promoter changed things around dramatically to suit him financially (and stuff us), and included things on the pre-payment itinerary that mysteriously disappeared from the post-payment one. Bills often came to a few dollars more than they should be according to the menus. Again, if you’ve travelled a little all of that might come across as frustrating but probably not new. It’s the last, added layer that really made me angry.

The people of Arusha simply refuse point blank to sell you anything at a sensible price. Prices aren’t written anywhere in any shop that’s remotely touristy (ie anywhere near any hotel), and while the concept of haggling is obviously a common one, trying to buy shampoo after our safari here was a painful exercise in which a couple of shops refused to sell me anything less than their top brand (imported Head and Shoulders, I could see dozens of other types on the shelf) at anything less than 12 Euro a bottle. We had a similar trick from the hotel: when Helena was ill, and we had to head for the doctor’s, booking a taxi was the only way she was realistically going to get there. The reception wouldn’t budge from 15 Euro for a short ride, and on receiving it (we tried to haggle, to no avail), the receptionist simply pocketed 10 Euro of that right in front of us, passed over 5 Euro to the driver and off we went. The entire place stinks of ‘extract money from the tourist’ corruption, and if it wasn’t for this blog entry already having reached nearly 1000 words, I could give you ten more examples from the two days we’ve been here. Perhaps the best summing up is a Christmas Day walk we took back from a restaurant, a large part of which we spent getting shouted at by local teenagers, spouting stuff like “I’m an orphan, no daddy, no mummy, give me one thousand dollars” (the way they were dressed made this clearly untrue). I can still see how all this could be seen as ‘rich man’s’ begrudgery (believe me I’m far from rich), so please before you make the judgement, for the sake of your opinion of me, read this last paragraph to learn why I found this so hard to take:

First of all, it’s impossible to do anything more than buy a small soft drink in Arusha (which I successfully managed at cost price a few times) without this kind of manipulation, I could ignore it, if it didn’t control every aspect of every second of the day. Secondly, and arguably more importantly, THESE PEOPLE ARE ALL VERY WELL OFF!!! You might think it’s just my perception, but the majority of people who’ve asked me for money or manipulated it from me around Arusha have been driving excellent cars (certainly better than the average car back home in Dublin), wearing designer clothes, spending their days drinking expensive alcohol on street corners and – perhaps the most telling sign – are greeted with an amused chuckle by other locals when they succeed. 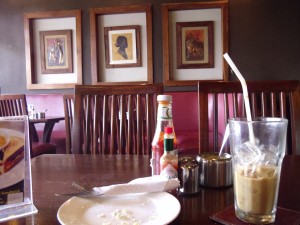 The only person in the entire place we came across with a semblance of financial decency to him was the local doctor, and given the level of extortion he could have gone for, we’re eternally grateful for that. As for Arusha, I’m grateful for the safari experience stop off, but your tourist trade people have readjusted my ‘worst city’ rankings spectacularly. I don’t know if it’s just the season (very much off season) that made things so abundant and so unbearable, but I do know one thing for certain. Arusha, if I’m ever back, it’ll be dragged kicking and screaming to have you guys pay me for being a lazy bum who drives a Jeep Cherokee, tells his clients not to discuss prices after giving a large discount to one group and not the other, pockets my staff’s tips and then lets them get extremely angry when the tourist doesn’t pay a tip later and multiplies every price of anything by three to pocket the difference. You’re not all horrible, I’m sure, but there’s enough of you around that I’d rather spend a week doing unpaid work in Bognor Regis holiday campsite bathroom than visit you again. And of the two of us, relatively, just so you know, I’m the one who’s poor. At least, if we do head on safari again, Moshi is an equally valid launching point.

I hope the rest of the tourist industry cottons on and your whole, sorry mafia-esque travel scam falls apart, you bastards.

For what it’s worth, here’s the new ‘worst locations’ top three:

3. Delhi – incessant heat, smog, hotel and taxi driver con artists, the fake train station con, ‘air conditioning’ that doesn’t work, some lovely redeeming sights but overall a miserable Indian experience not really worth the incessant bad vibes. I can deal with Delhi, and it even offers a certain ‘challenge’ kind of appeal, but I take on the city (I’ve been there perhaps half a dozen times) with a real me vs. them attitude that I largely drop for the rest of India. That especially applies to rickshaw drivers, who are raving, exploitive con artists.

2. Mandawa – India again, I’m afraid. It’s probably still my favourite travel destination overall, but the place hugely polarizes, and this little town is truly dreadful. Its main features are sand stone streets (whoop-di-doo), surrounded by several metre wide open plan sewers that stretch around the town, and neatly encompass the fruit and vegetable market. There are no redeeming tourist features of note, nearly all hotels overlook the sewers, and the whole place stinks. If you leave without a serious illness you’ve done well. Lovely.

1. Arusha – Not a bad looking town, but full of the most manipulative, lying, cash-obsessed scumbags I’ve come across anywhere in the world, and not for the extremely acceptable reason that they’re stony broke, but purely for greed. Everyone’s in on the act: you can’t shop, travel, or even walk a quiet back street without an attempt to part you from your cash in some illegitimate way. You don’t all work for orphanages, you’re not struggling to eat whilst waving at me from the window of your luxury car, and calling on a service is not worth two thirds of their fee. The only people I have any respect for in this city are the people caught in the crossfire: the non-English-speaking locals whose services are being exploited. Avoid at all costs.

Glad I got that one off my chest. Go read some safari reminiscences for a cheer up?

Jambo, by the way, means hello in Swahili. It’s a pleasant greeting usually followed in Arusha by an attempt to sell you something for several multiples of what it’s actually worth.