At almost every sizeable gig you’re ever likely to attend, they’ll be a small exodus of camera-clutchers from the very front just three songs after things get going. Popular musicians, you see, typically believe they look their best at the start of a show, and they want to show their good side. Photographers are there, by design, for the sweat free, visually perfect early moments.

Some artists are so tight on their imagery, in fact, they specify the side of the stage photos are to be taken from, or manipulate the lighting early in a show to ensure photographers get a specific type of image.

And then, usually three songs in, photographers are often escorted from the front barrier and out of the premises. They hold a camera full of photos, but are forbidden from watching the remains of the show to prevent sneaky [less perfect] shots from being grabbed by the professional from the back. Quite the irony, in today’s camera-phone heavy concerts.

Kieran Frost, a freelance music photographer who works with photo agencies like Getty, and features regularly in the likes of the Irish Times, Q Magazine and on musicians billboards, gave us an insight into the world he occupies night after night.

“Normally there would be e-mails between me, my editor and the publicist a few days before a show to arrange access,” he begins, explaining the set up. “The day of the show, I’d listen to some of the act’s music, and possibly research what other photographers have gotten from previous dates on the tour, to give some idea of what lighting profile the band are using, and what kind of restrictions photographers may face.”

“In the evening, I turn up, get my access pass, and head into the venue. If it’s a larger venue, I say hello to security and I sort out my gear. If it’s a smaller venue, I have to hope the front row are going to let me squeeze past them for a song.”

“The usual rule is we get the first three songs, then we have to pack our gear, and get out of the way. I’d usually stick around for a bit of the gig, if I’m allowed, then head home, edit 20 to 30 images, and caption and file them that night.” 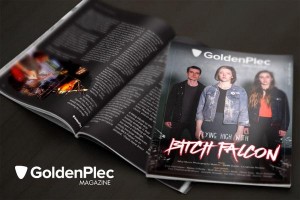