I currently use a Three Pay As You Go mobile phone contract. After all, I use my phone like a lot of people do these days: almost everything is internet-based, and the few phone calls and texts I make don’t usually come close to the limitations of the €20/ 28 days all-inclusive package they offer. It’s a decent deal.

What I’ve noticed recently, though, is that I typically have around €15 of the €20 credit left at the end of that 28 day period. Essentially, I’m nowhere close to using all the credit, right up until Three start charging me for internet after the free period expires. At that point, the internet charges based on use are really quite extortionate, and so my money disappears and I’m essentially always forced to top up the same day that the credit runs out. This is where I spotted an opportunity.

That €15 I’d been handing over to Three at the end of every Pay As You Go Period – around 12 times a year, in other words – is of essentially no value to me. I’ll be restarting the ‘free unlimited internet’ credit period again the same day, anyway, so I’m just burning through the remaining credit for no practical benefit at all. They even notify me when I’m about to go out of the 28 days, presumably with the intent that I ‘top up’ in advance, but since I never get to the end of the credit anyway, that’s a rather pointless exercise.

Instead, I’ve started intentionally draining my credit towards the end of the last day. Instead of handing €15 to Three for essentially nothing, you can text away your credit to a whole long list of charities, here. You can pick based on keyword, and it tells you how much you’ll be donating by texting.

The net cost to me in the total spend on my phone each month has been essentially nothing, and I’m handing over about €180 or so a year to charities just by being smart about the timing of the donation. Just a quick ruse I thought might be worth highlighting, if a few people did this it’d add up to a lot of money. 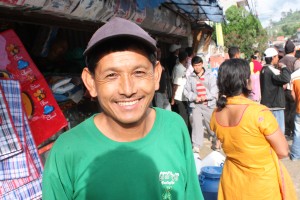