Cauldron Studios is a popular central Dublin recording, producing and mixing facility that’s recently hosted the likes of Hozier and Eleanor McAvoy. They function on a side of the music industry that many of us music-consuming fanatics can easily forget, but their role if vital in the product that we’re all so passionate about. Having played a prime role in our city since their formation back in 1999, Cauldron has seen, enjoyed and suffered through the modern-day history of Irish music. Co-owner Ciaran Byrne took time out of his day to give me an in-depth lowdown on the way things are…

You’ve been in business 16 years and seem to be going well. What are the greatest challenges involved in keeping a studio running?

The Studio business is like the longest Roller-coaster ride you’ve ever been on. There are times when you’re coasting along nice gentle stretches with plenty of great acts coming through the door with the best new music you’ve heard in ages, and then WHAM! you hit this massive dipper and you’re wondering: are the phones working, has your address been removed from the directories or has the website just died.

I think that to some extent that’s the way it’s always been, but over the last 27 years that I’ve been working in the studio business it has changed dramatically, especially since the early to mid 2000’s. The fall of major labels interest in supporting development of acts has in some ways given the power back to the artists, but it has also removed the structures that allowed bands to fund recording projects. For us, we’ve had to adapt quickly to changes and offer more varied services to artists. I think because it’s such a small team with just myself, Bill Shanley. Michael Manning and Trish Nowak you’re able to make decisions in minutes. Then we get Trish to make us stick to those decisions!!

Our biggest challenge over the years have been working to stay unique to the industry here in Ireland with an affordable studio, in the city centre, that has great equipment and instruments that you just won’t get in other studios. The studios that I’ve worked in since I started have always had a kind of sterile, functional look to them and they never really appealed to me. Yet when I’ve recorded in a few studios outside of Ireland, some had this creative and comfortable personality to them that induced good work out of everyone there. This may have been down to a bit of cool furniture, decor or colours on the walls or good lighting , but you can tell when you walk into one of the good ones that the vibe is right.

Usually though it’s the people working there that create that sensation for you as the musician or engineer or producer. You need to feel like this is YOUR creative space while you’re there and that everyone working for the studio is here to make it the most enjoyable, productive and hopefully fun time you’ve had in a studio. I would hope that when people walk through the doors in The Cauldron that they get that same feeling. I know that there are days when I’ve been away or working somewhere else and I walk back down the steps and in through the door I get hit by that. 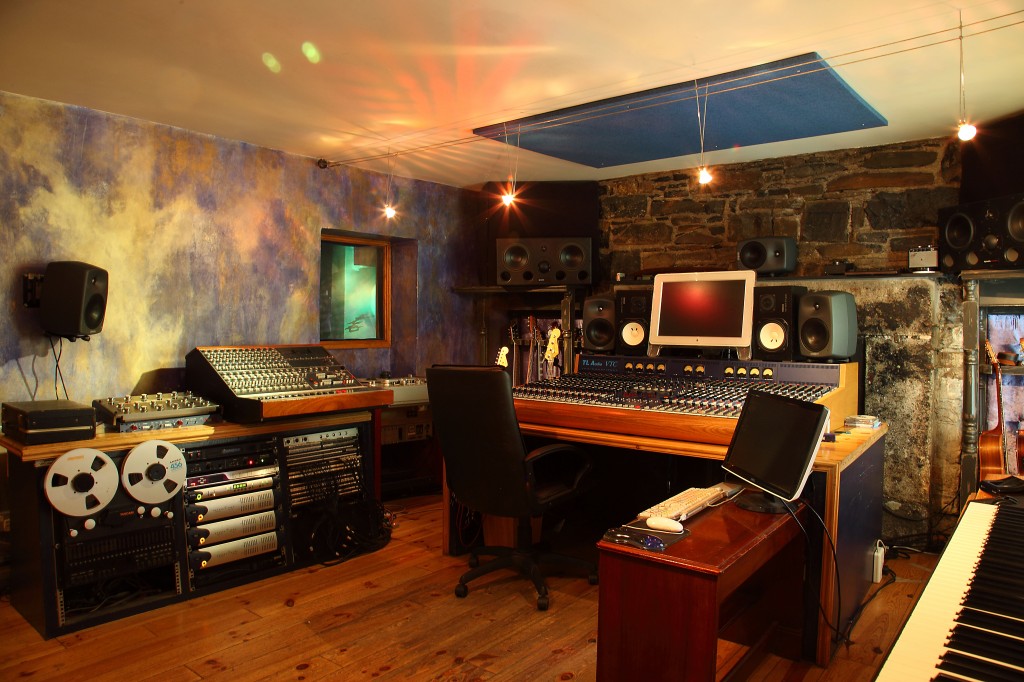