It’s become an annual tradition of mine to write up my five favourite books of each year. Not books that have been published that year, you understand, or even any attempt to summarise the annual highlights (let’s face it, given the sheer volume, that’s ludicrous), but simply what’s crossed my path and impressed. Reading is a big part of my life – I’d esimate I average several hours a week on books alone – and we;ve slowly edged it more and more into family life, too.

We now celebrate ‘book day’, for example, a kind of bastardisation of an Icelandic tradition, on Christmas Eve, which involves buying new books and chocolate and spending an evening in bed consuming both. This year has seen our son’s reading come on from struggling to do more than a page to reading books in a couple of sittings, too, which has been great to watch.

Anyway, rambling narrative aside, here are the books – this time, it turns out, exclusively not released in 2020 – that have lit up this weirdest of years for me. I got through 56 books in total, so this is a kind of top 10%-ish. The common themes seem to be travel and escapism, which I guess makes sense. Want some more? Here’s what I wrote for this very same post in 2019, 2018, 2017, and 2016)

Leaving Mother Lake: A Girlhood on the Edge of the World by Yang Erche Namu

Yang Erche Namu is a folk singer from a fairly obscure mountain-based minority group in China, and this is her biography, though that slightly dull introduction disguises the surreal genius of this book. Namu comes from a society that’s utterly alien to our day-to-day lives, and seemingly untouched by modernity (though the book does date back to 2003). In a culture very much female-led and rejecting traditional marriage, the book’s early narrative about family life and the steadier women owning and keeping the home while the flitting men respond to symbolic sexual rituals is not as titillating as that might suggest, but so utterly away from my own experience it’s like uncovering a totally different concept for society. Which I guess it is.

As the book progresses, Namu moves on to describing her slow forays into the rest of China, including, eventually, places you’ll have heard of, away from her homeland of Himalayan Moso County, and her first encounters with things like paid performance, hotel rooms, modern transport and business-style exploitation. Namu is a rebel, someone who departed her own society against its implicit rules, leaving behind its conventions, and in doing so she uncovers for us in text an entirely new but distinctly engaging view on humanity itself. One of the most memorable books I’ve ever read.

Ask the deepest philosopher or the cheesiest pop star: we all agree that the future’s yet unwritten. Or, at least, we all accept that we can’t know which of the countless possible futures will come to pass. That said, some fantastic books – whether based in fact, or entirely fictional – try their very best to do just that.

Whether these turn out to be the work of a modern-day Nostradamus or have more in common with an author betting on sport, each of these books offer brain-tickling insight, and in that alone we find our value. Some attempt to academically ask “what happens if we all die tomorrow?” Others fictionally examine the role of virtual reality in our lives. With each insightful in different ways, here are my top books examining future’s blank pages…

The future, we’re often told, is Chinese. With the country still formally under a communist structure with distinctly capitalist overtones, however, Beijing’s cultural present can be difficult to decipher for outsiders, let alone its likely futures. David Shambaugh is a leading scholar on the politics of the Eastern powerhouse, and looks mainly at economy and society in this 2016 book, briefly exploring a series of possible outcomes based on the state’s political behaviour.

Debt, the elderly, the environment, banking transparency and regions like Tibet and Hong Kong are just some of the Chinese ‘bottlenecks’ addressed here, and while Shambaugh’s brief text might not come up with particularly conclusive predictions for any of them, it does examine how China could sit in a decade or two, from problems with the development of a less-factory and more service-based economy to the likely consequences of differing support for relatively hardline leader Xi. Written simply but from a place of transparently in-depth knowledge, we’re given a glance at the diverse potential “roundabout exits” – be they trade or conflict – of a country that’s only getting more important. 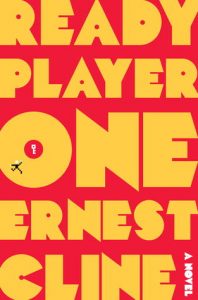