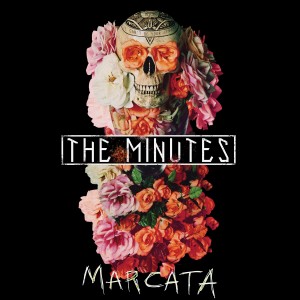 The wonderful ‘The Minutes’ – Dublin’s answer to Electric Six, perhaps? – have put together a documentary featuring a few of the live dates surrounding their album launch back in May this year. That was a particularly strange time in Dublin. The Minutes rooftop gig is rumoured to have caused a few legal issues for the venue Music Maker (though I can’t confirm this) and took place during the Queen’s visit. That meant the entire event featured buzzing helicopters overhead and a weirdly tense atmosphere, the perfect vibe for some good old sweaty rock and roll. You can spot me on one end at various points, rocking out – I really love the surrealism of gigs like that, and even got to catch up with the band for a quick interview for AU afterwards. They really despise their old format (you’ll see at the start of the video that they describe it as ‘shite’ on air on 3FM, which was fairly standard for them), but they’ve really found their grove with the heavier stuff. The show ended with the jaw falling off their borrowed real-human skull, and a demand that the audience all brought them drinks.

The Workman’s Club show – which I didn’t attend – looks very reminiscent of the way they ripped Whelan’s apart the other night. They’re not a punk rock band, but in the slight arrogance, the carefree attitude and the wild edge, they’re not too far off the ethos of the genre. Lovely stuff, this: