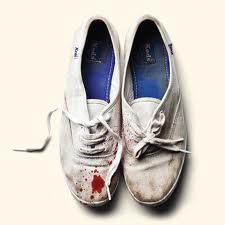 On their raucous debut Treats, New Yorkers Sleigh Bells grabbed plenty of love for their sheer noisy abandon. Performing like an electro band channelling guitarist Derek Miller’s hardcore roots with blithe brutality, they let up only briefly, in the ear-melting hooks and gorgeously alluring melody of single ‘Rill Rill’. If the debut was a gloriously abrasive tour of the aural boundaries electro can walk whilst still sounding in the least bit like a pop record, Reign Of Terror is piercingly noisy in a way that flits between syrupy electro and subtle metal leanings.

From track one ‘True Shred Guitar’, there’s a rockier instrumental undertone to Alexis Krauss’ muffled, sickly-sweet yet brilliantly afflicted vocals. The opener kicks in as if pulled straight from a live show; the step-on-stage breakdown and mosh-pit inducing riser that has a cheering audience plugged in to the speaker wall the two-piece use to batter their listeners into submission. The heavier guitar layering is scattered sporadically through the album, most notably in ‘Crush’, a song that sounds like an ’80s rock anthem right up until it is layered with Krauss’ embittered cheerleader-chant vocals. Album closer ‘D.O.A’ has a guitar line that could have been written by Dave Mustaine, with a haunting, muffled vocal melody dubbed subtly over the top. Then there’s the absurdly rapid bleeping that’s touted in tracks like ‘Never Say Die’, which clings to Krauss’ incessant electro leanings.

There’s some genuinely radio-friendly material here, too, it just happens to be buried beneath enough of a scatty mish-mashed instrumentation that it can be an exercise in aural excavation to dig it out. ‘Comeback Kid’ could well have started life – vocally at least – as a sugary pop ditty, but with that cluttered wrecking ball of sounds scattered liberally over the top, it morphs into one of those tracks that sounds entirely different depending on the quality of a stereo. There’s a ‘brace yourself’ quality that comes with edging your sub-woofer volume up over half way, even in the lusher corners.

If you’re looking to relate to that glisteningly abrasive debut, ‘Leader Of The Pack’ is not unlike earlier single ‘Tell Em’, while the relative mellow-dy of ‘End Of The Line’ (and it can only be relative with Sleigh Bells) is probably as close as we come to the sheer compulsive listening of early uber-single ‘Rill Rill’. Reign Of Terror – simply in having us forewarned – was never going to have the sheer shock value of the debut’s batteringly-brilliant assault. In straying just a little from expectations, without letting up one ounce on that beguiling clutter, this dense all-American apple doesn’t lie too far from the tree.