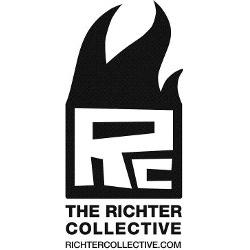 A week or two back, Ireland’s premier independent record label (well, I say record label – they’re refreshingly ‘in it to help each other’ focused) The Richter Collective launched an idea designed to give them much-needed financial support, the ‘Friends Of The Richter Collective’, priced at a hefty (for the recession, anyway) 100 Euro for membership. The membership is limited to just 200, and intended to help the label through tough times in a way that benefits the bands, the collective and the listener themselves. I thought it was a no brainer, and quickly shoved a chunk of my very depleted bank balance in their direction. Here’s why I think you should do the same:

The ‘can’t live without them’ argument:

If you’re into Irish music, you need the Richter Collective. That might sound obnoxious, but even if you’re not a fan of any of the label’s acts (and frankly I don’t think you’re much of a fan of Irish music if that’s the case), the wider influences of a group like the Richter Collective is huge. Their acts tend to de well internationally: the likes of And So I Watch You From Afar, Adebisi Shank, Enemies and The Redneck Manifesto are flying the flag for the Irish scene in the UK, the US and even Japan. That interest leads to exploration, exploration to sales, and the general status of what’s currently an incredibly strong Irish music scene internationally only stands to benefit. The Richter Collective doing well, alongside the likes of Popical Island, Rubyworks, Reekus Records and a whole load of other small scale, progressive record labels is one of the key elements when it comes to Irish acts ever making it out of this country. And let’s face it, for most Irish acts, getting to a larger audience elsewhere – trad musicians and the likes of The Coronas aside – is absolutely essential if you have any intention of becoming full time musicians.

That, and if you’re into your edgier rock music, take a look at Richter’s acts and ask yourself what Ireland’s rock scene would be without those bands, or even without them nicely banded together and helping to propel each other forward. For me, it would be pretty awful. If they need my money for that alone, I can live with the odd financial sacrifice. 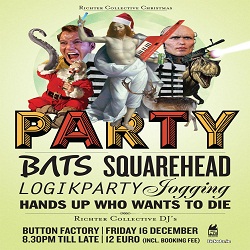 The ‘you’d be stupid not to’ argument:

So you don’t have one hundred Euro to spare. Fair enough, I barely did either, but this might actually save money over the course of the year. For a music lover, it’s almost an investment. Here’s what you’ll be getting for your 100:

All of these currently make up my incredible new ‘Richter pod’ (a very old iPod filled only with Richter Collective music), which is absolutely immense.

So yes, we’re talking about 100 Euro in the middle of the worst economic situation that I’ve ever had the misfortune to experience, but we’re also talking about a mountain of bounty and much-needed support for a group at the absolute core of the Irish music scene. If you can find the money, do – it’s more than worth it.