Other Voices is an intimate Music Festival that takes place in Dingle, a small coastal town in Kerry, south west Ireland. It’s main event, in the tiny St James’ Church, has seen musicians of the callibre of Bjork, Snow Patrol, Florence and the Machine, The National, Amy Winehouse and a whole lot of other absolutely world class musicians perform to 80 people in the 80-capacity church. As you can probably imagine, tickets are like gold dust. In fact, plenty travel to Kerry every year simply to enjoy the atmosphere in the neighbouring pubs and watch the performances on the local live streams. This year, I was lucky enough to secure tickets for the Saturday and Sunday; these are a few photos that sum up my experience.

A stunning Cork electro-pop act, Toy Soldier, were the first band I saw all festival, taking part in the town-wide ‘Music Trail’ event. Their show, in the corner of the pub, had its sound controlled from a soundboard set up on a stool, and the battered old pub looked a little like it had probably been sometime since it hosted anything other than trad music. Closer ‘So Far Away’ was particularly exceptional. 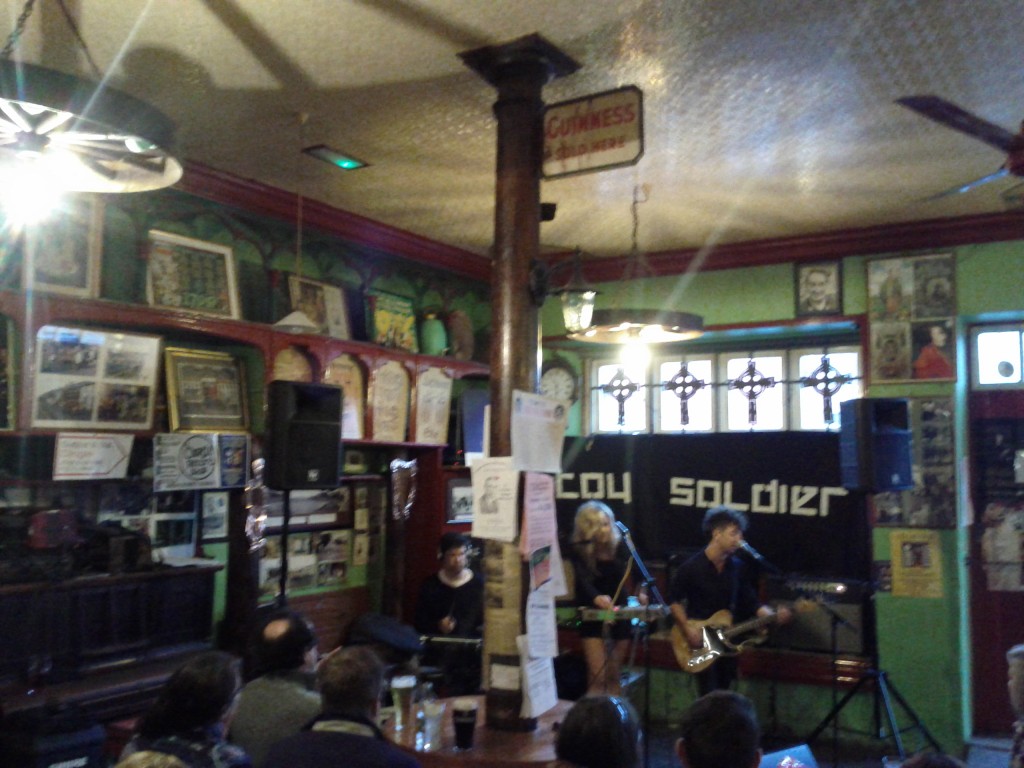 The main venue. The church is surprisingly ugly during the day, but lit up at light, it’s the perfect live venue. This is before the crowds gathered outside on the Saturday night. 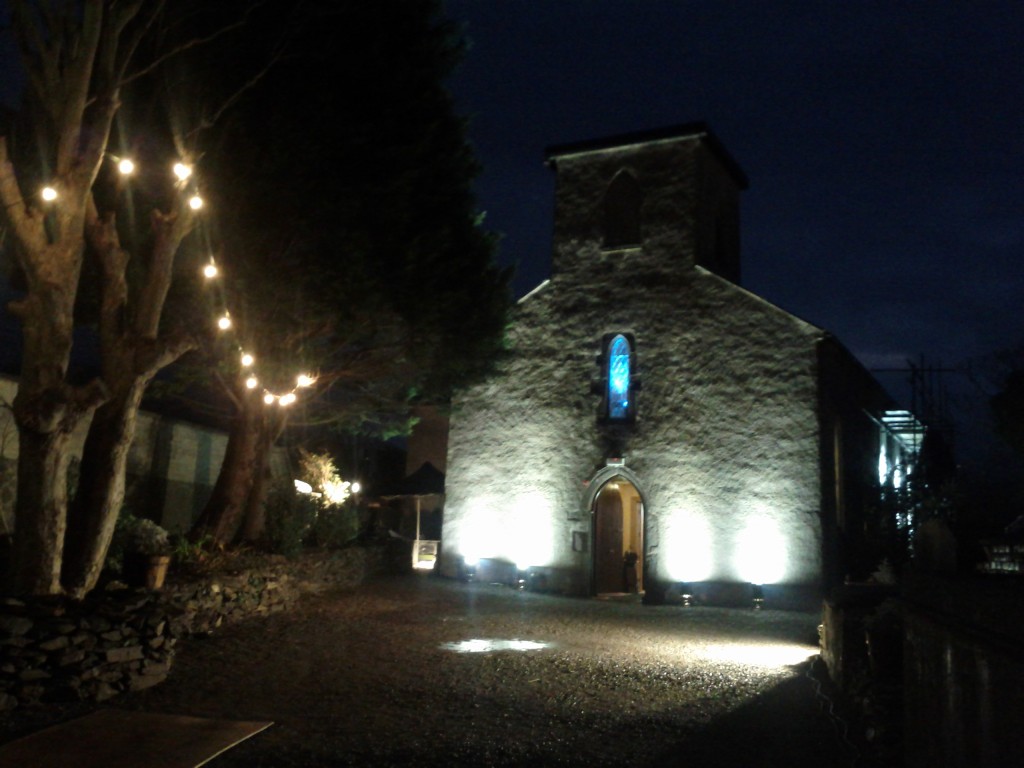 I didn’t mean to end up in the front row, but being enthusiastic about checking out the inside of the venue landed me there. This year’s theme is colorful hearts, and fortunately that camera moved up and down in front of the front row, so most of the time I had a clear view of all the acts. The first night featured Edwyn Collins, Frank Turner, Cherry Ghost performing with Jimi Goodwin (of Doves) and harpist Esther Swift, and heavy openers Band Of Skulls. Edwyn Collins in particular put on a really emotional performance, while Cherry Ghost performed as a kind of collective that took on all different mellow styles. Frank Turner grew up just a few miles from me, and I definitely relate to his stories, though I think he’s stronger when he performs with a little more angst then he did here. 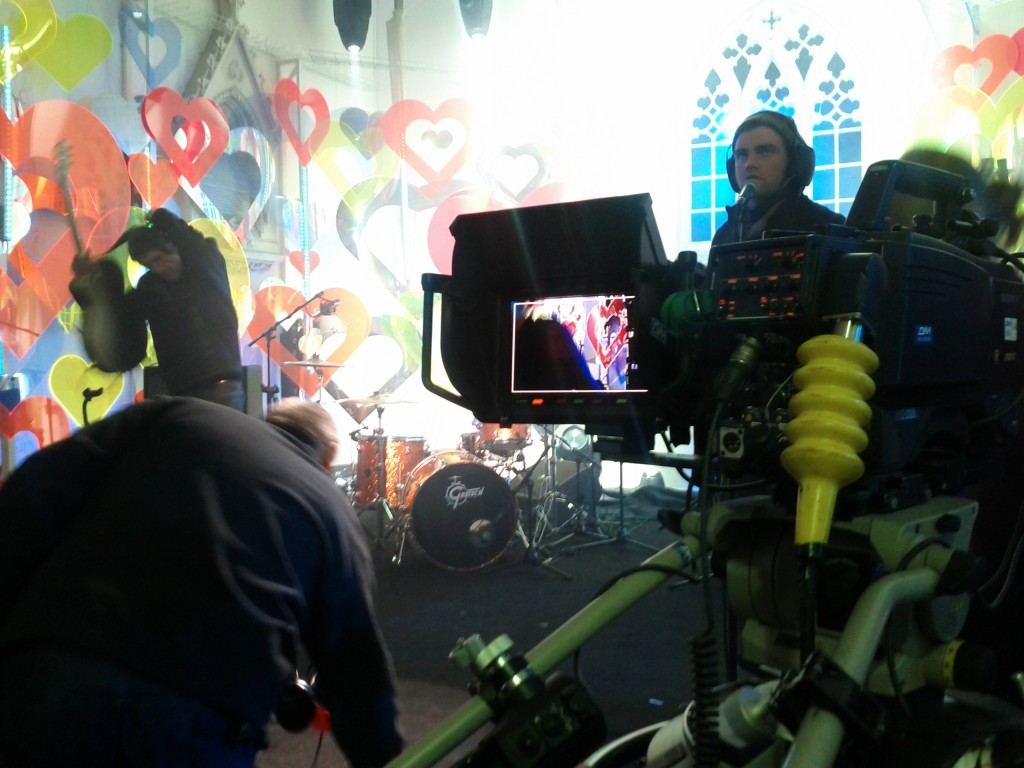 Dingle’s one of those places that has the capacity to change from sunny to stormy, clear to pea-soup in the space of a few minutes, but the surrounding countryside is sensational. Damp, rolling hills and plenty of places to drive around, and, eventually, get a hire car wedged in a ford and have to be pulled out by a farmer in his tractor. Which, you know, I didn’t do on Monday morning. At all. Cough. 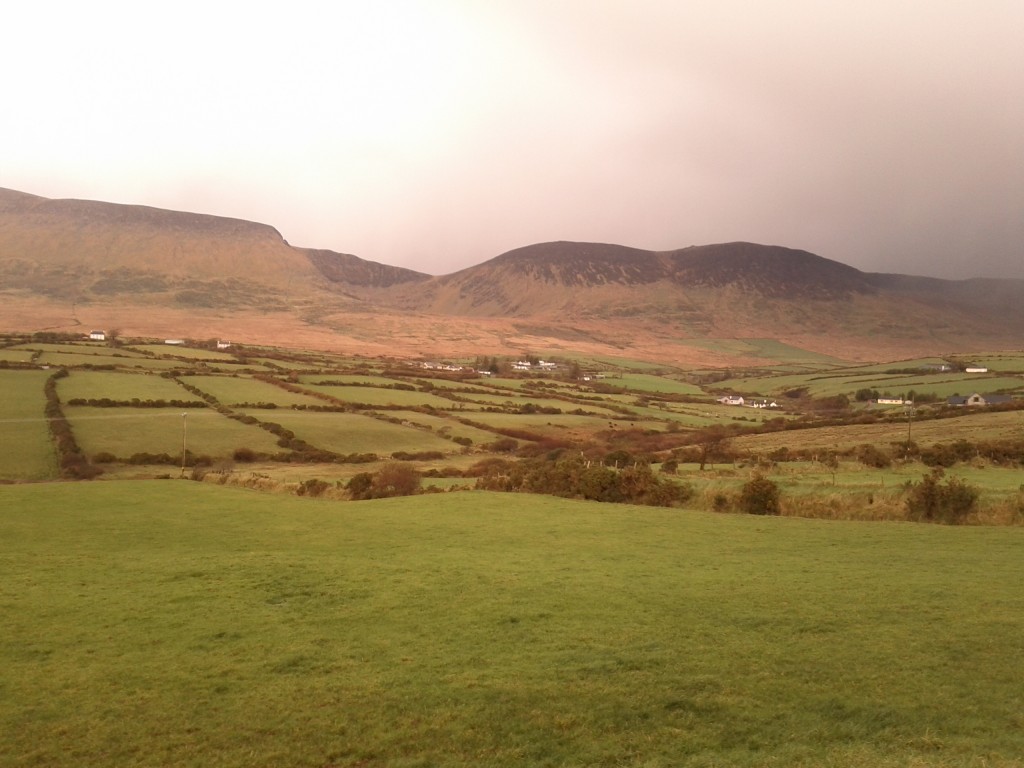 At times the windiest place on earth, at other times the beautiful launch pad for trips to see Funghie, the infamous Dingle dolphin, whose lived in the harbour for 29 years. 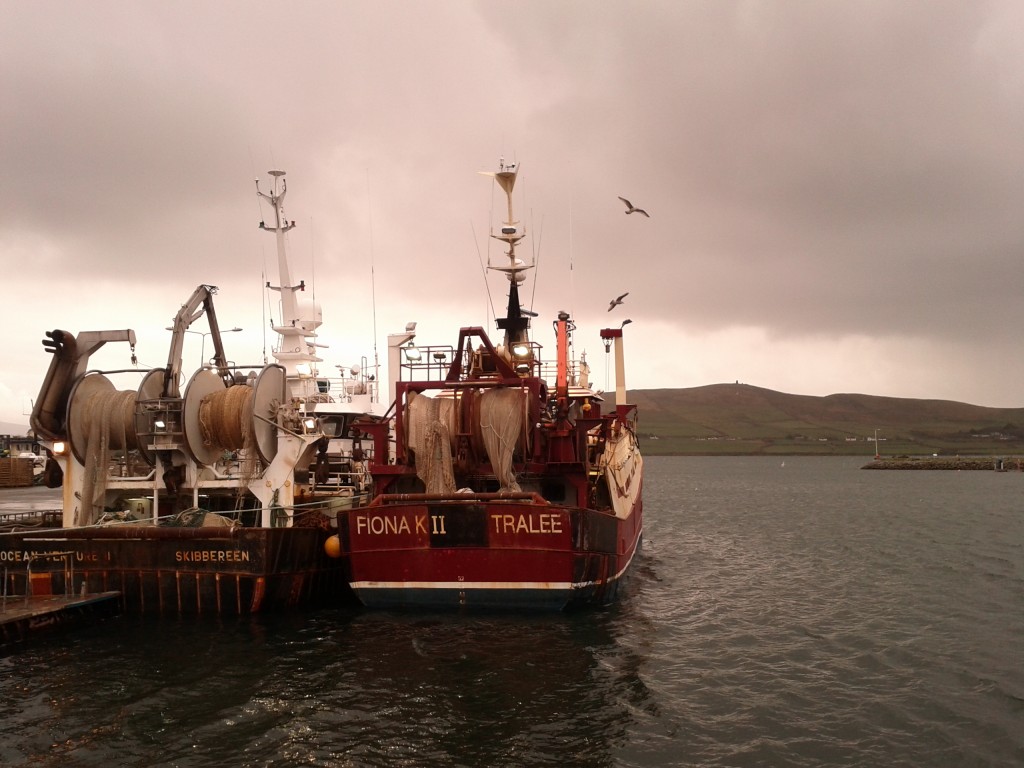 He’s pretty hard to photograph. Funghie lives at the edge of Dingle harbour, either out in the waves when he’s catching salmon, or actually in the harbour when the weather’s bad. We tracked him down in a tour boat, but he’s completely wild (the local don’t feed him), and has apparently lived in the harbour for the past 29 years. You can tell that it’s the same dolphin by a notch in his fin, his identifying mark. 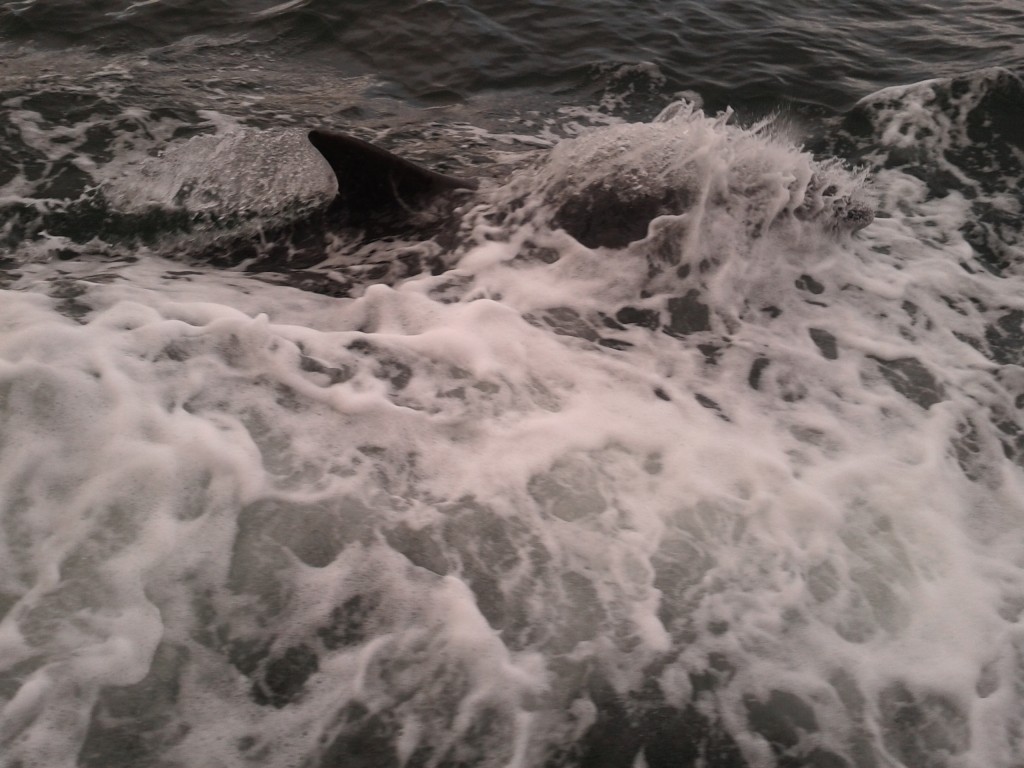 Murphy’s ice cream shop is an incredible place, and these are the two strangest flavours. They’re both excellent, as it happens, though the sea salt flavour does taste a little like vanilla to me. They also do an incredible ‘Aztec’ hot chocolate (crammed with spices), which was better suited to the weather outside. Lush stuff. 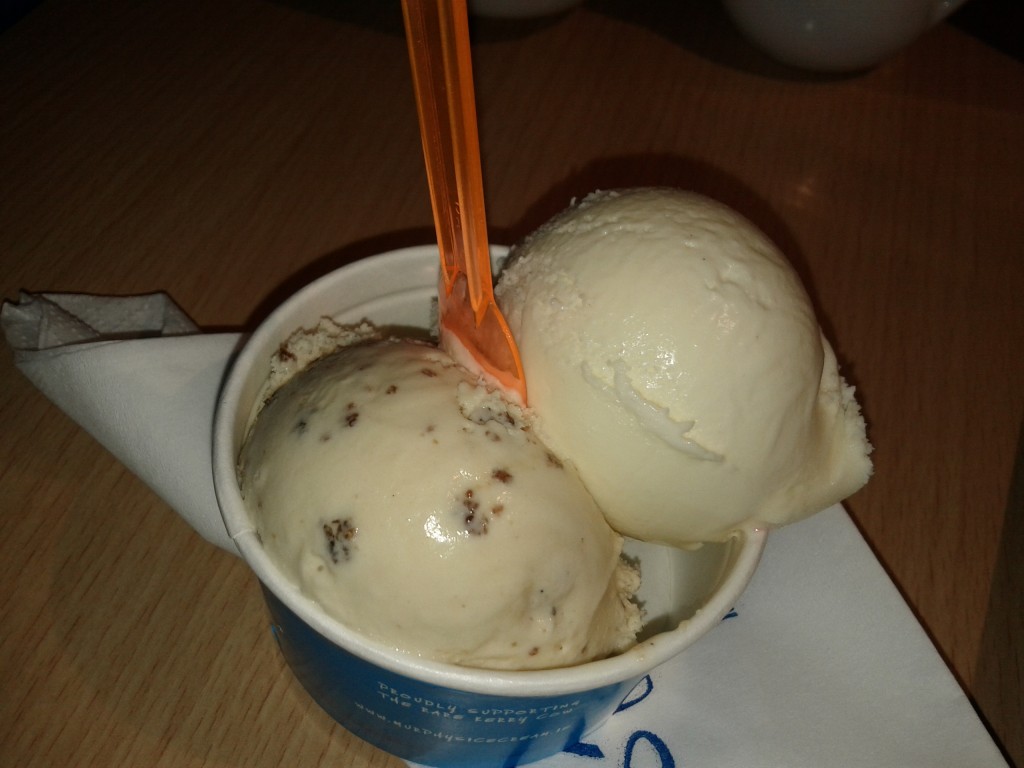 The whiff of this place when you walk in is a touch over powering, but when you start tucking into the free samples and testing out all the Cork and Kerry cheeses you don’t want to leave. I’m still making my way through a wheel of Cork soft cheese smelly enough to take over the entire apartment, but it’s gorgeous. 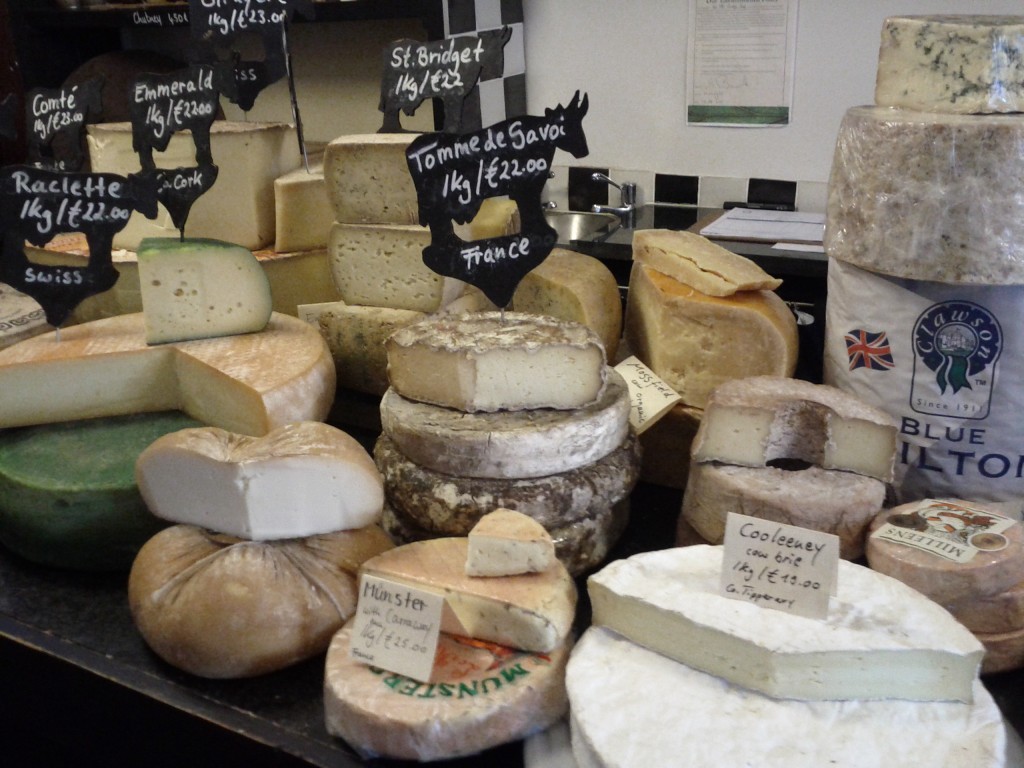 This place has service that seems almost sarcasticly slow from the one very old man barman, but it’s a real institution, a maze of little snugs and hidden rooms, and one of the pub venues for the Other Voices Music Trail. Just don’t order a hot whiskey, you’ll be sat around half an hour waiting! 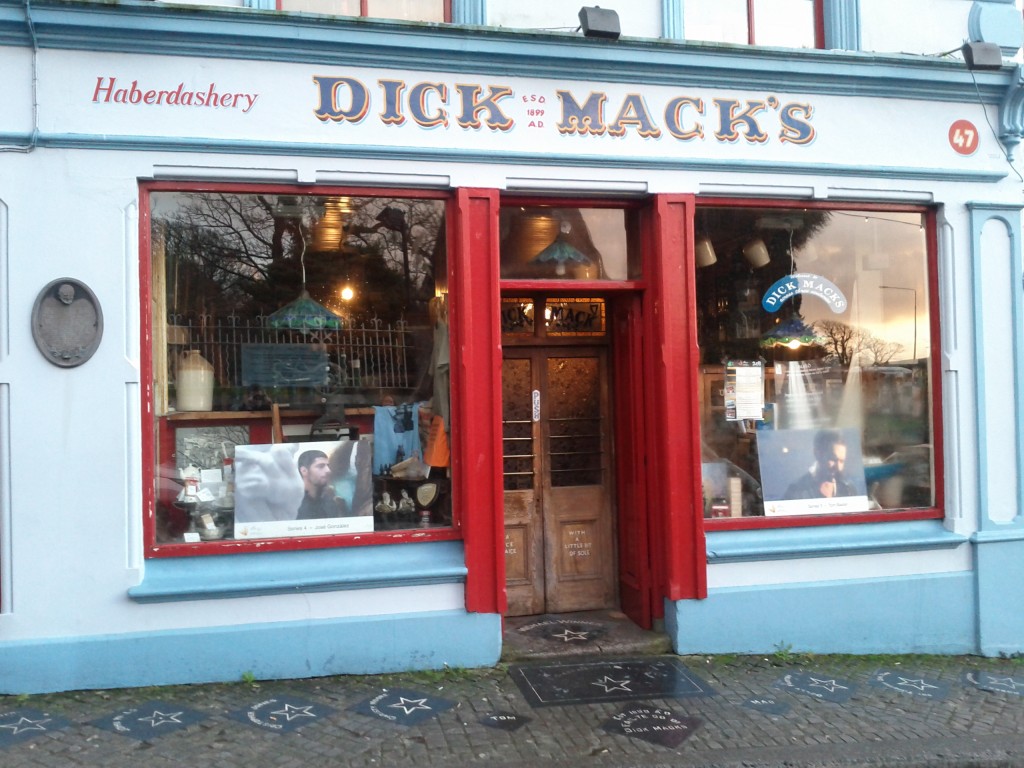 We Cut Corners in Dick Mack’s back room, Other Voices Music Trail.

And here’s the outstanding We Cut Corners playing Dick Mack’s back room, whilst slow cooking on the fire. They abandoned their usual set up to use a keyboard and single drum acoustic concept, and whipped out Loundon Wainwright and Christmas covers for the occasion. As well as scaring a few local chilren. What you can’t see in this picture is the huge crowd of people staring in through the door of that room – it was just too hot to actually go in. 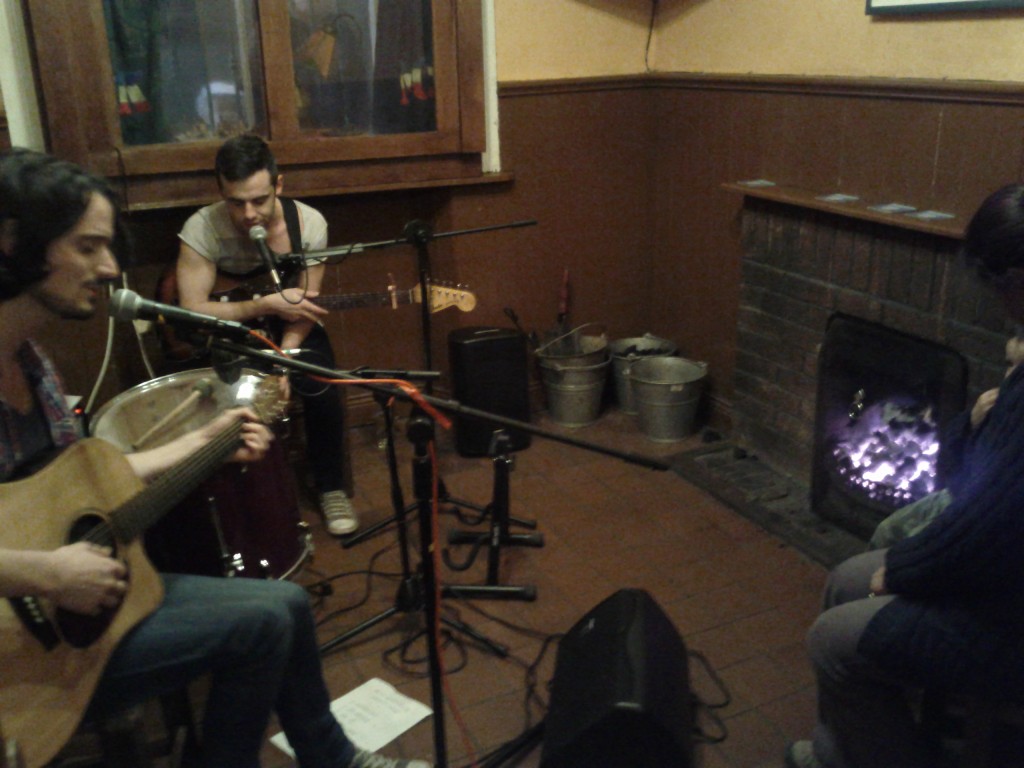 Photography when band’s are actually playing is extremely limited, but this gives a taste from the back during the final day. It’s impossible to capture an atmosphere like this in photos (though you could make a far better effort than this). Sunday’s line up was Wild Beasts, Spiritualized, Ben Howard, SBTRKT and King Charles, and Wild Beasts and SBTRKT stole the show. 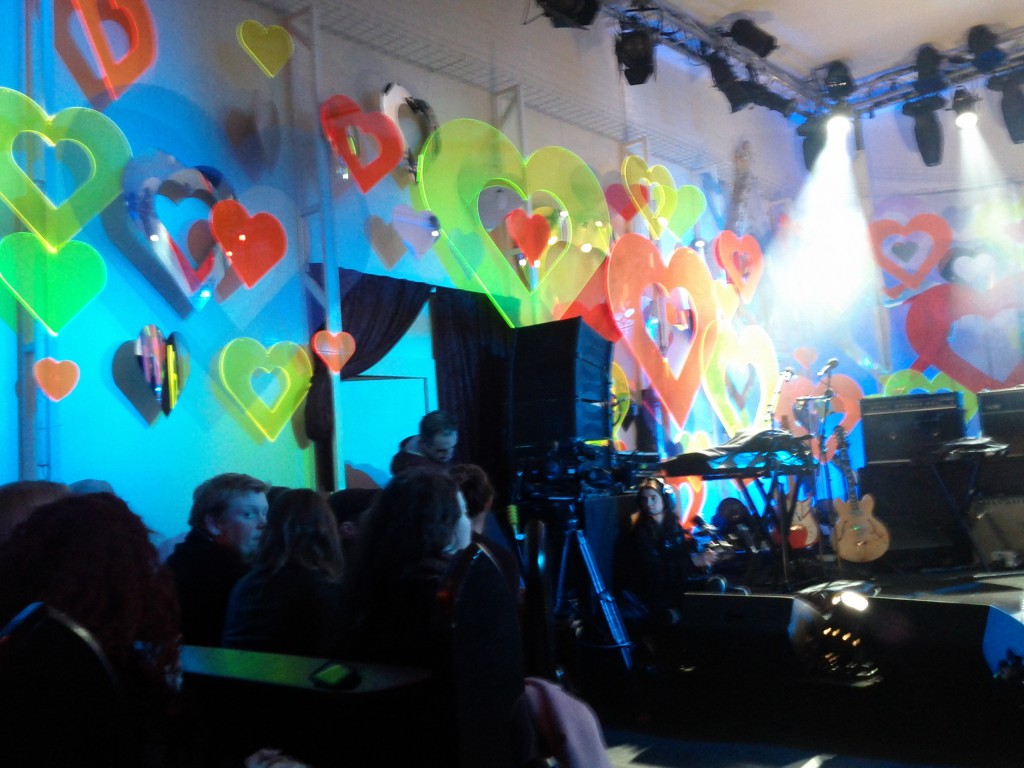 SBTRKT at Other Voices.

The second last act of the festival, SBTRKT seemed at risk of being severely out of place before things kicked off. Dubstep in a church works incredibly well, though, and Sampha’s voice is incredible. If they can pull it off in an 80-capacity church, surely ones to watch? 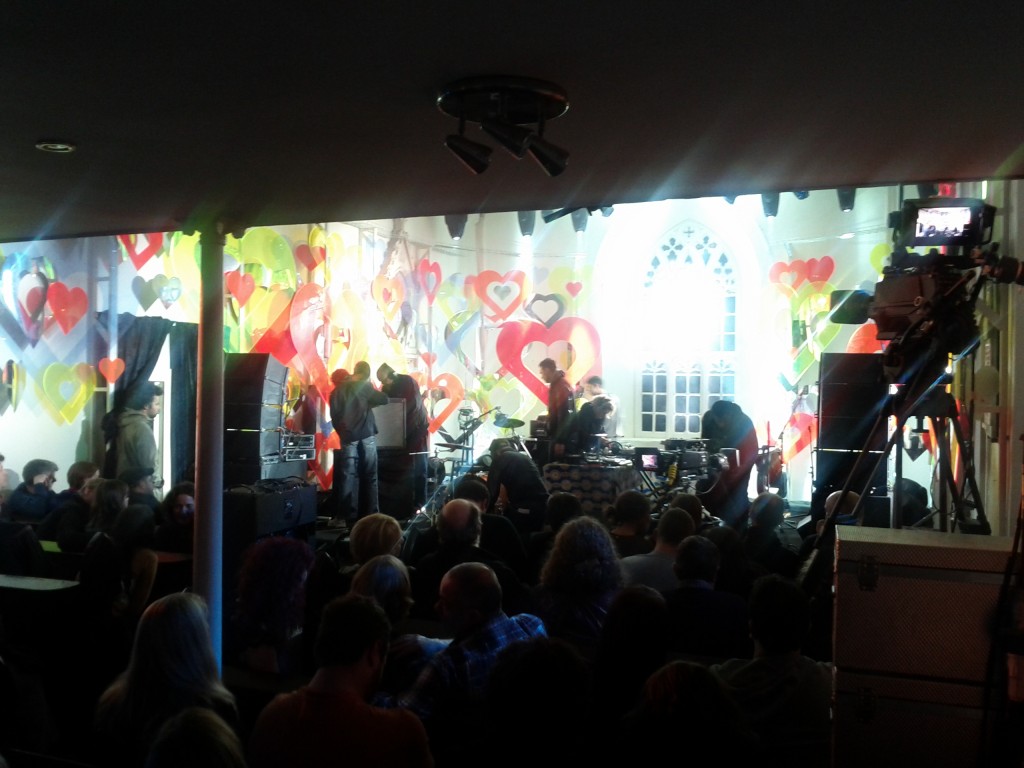 Next year: round two!