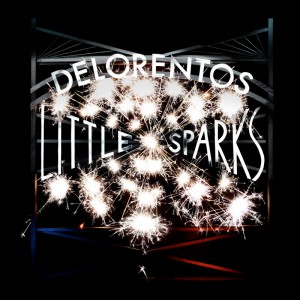 8/10
While Delorentos’ stumbling climb to a summit-adjacent branch on Ireland’s musical tree has often hit storms, ‘Little Sparks’ looks set to claim the sometimes-unconvincing Dubs a canopy-view branch to themselves. It’s crammed with simple, catchy pop songs laden with emotion; recorded in a refreshingly straightforward, sparse style. Web-favourite ‘Bullet In A Gun’ comes across still stronger on record, and is served up as part of a sensationally catchy early salvo. Lyrics, not hooks, really push the boundaries though: they’re thought provoking and life and love-applicable yet cunningly shimmy around agonizing cliché. Sure, the quality drops off a little as the album progresses, but not before establishing ‘Little Sparks’ as raw, confident, and an early contender for Irish album of the year.
James Hendicott

As published in AU Magazine, February 2012