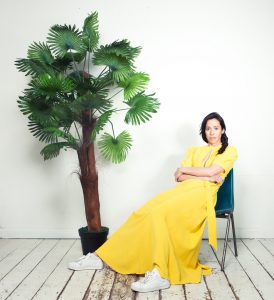 “With the new one, ‘Stay Lucky’, I listened to a lot of hip-hop and I was inspired by that. Stuff like Jorja Smith and Frank Ocean. The songs came really thick and fast and it wasn’t what I thought it would be,” the Jersey-born star says of her 2018 return. “I think it was because I’d spent some time enjoying doing other things for a while, working with other people. I have this real self-critical thing, and it’s the first time I’ve made a record that I didn’t hate very soon afterwards.”

“It became quite heavy, that write, record, play cycle. Now I’ve become a lot more natural and unforced. I just write when I’ve got something to say, and that seems to work for me. It’s been six years since I played alone, so I’ll be stepping out from behind my band on this tour and that’ll make it a little bit more natural. I’ll just do the setlist on the fly and take requests, and I can feel a bit freer.”