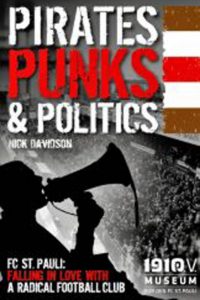 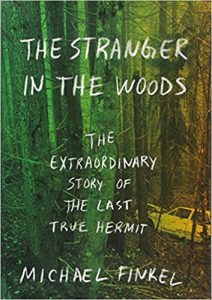 The Stranger in the Woods: The Extraordinary Story of the Last True Hermit by Michael Finkel (link)

Christopher Knight wanted to drop out of modern society, and so he did. He simply walked into the woods, found somewhere to bed down, and avoided virtually all human contact for the best part of three decades. What’s odd about what Knight did, though is that he wasn’t an ‘Into The Wild’ type character. He didn’t disappear into the isolated ether and hunt, forage or plant a garden, but made a small area in the wood near a commonly used holiday camp in the north of the US his own. Much of his waste stayed within his little tree-shielded home throughout the three decades, and instead of hunting or foraging to survive, he often stole from the nearby houses. In fact, he was eventually caught stealing, and after thirty years missing, captured by the police as a result of ongoing complaints. He had been the topic of local myths and legends. A very modern hermit, in other words, and truly fascinating to learn how he lived in the shadows of society, surviving with its help, but avoiding any contact. I found it somewhat sad, in a sense, in that it has now become so difficult to ‘drop out’, and it probably should be a more realistic option. A very memorable book.

How To Murder Your Life by Cat Marnell (link)

Cat Marnell is a fascinating character. Hanging around the fringes of the very peak of modern day journalism, she wrote about fashion and makeup at major publications, but also great sprawling essays on parties and drug abuse, flitting from glossy, celebrity-laden parties to slums and raves as she just about fulfilled her professional commitments (or often, didn’t). You suspect, based on her book, that she was tolerated for so long out of a need to try and help her (there are numerous rehab trips) combined with a genuinely impressive talent with words that any magazine editor would be mad not to try and hang onto. How To Murder Your Life chronicles the descent into madness: just how bad things got, from endlessly popping a concoction of drugs to the messes she got herself into trying to write coherent stories along the way. I’ve met people who say they can write better after a bottle of wine, and I believe them (I suspect I start to deteriorate after more than a glass, though it’s not a theory I’ve tested), but to write the way Marnell did in the state she got herself in is almost as impressive as it is horrifying. This book, written after it all, is a hell of a story, but would be worth reading for her descriptive passages alone. 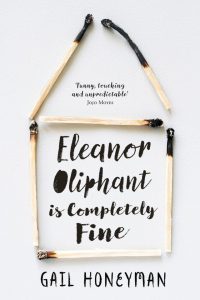 Eleanor Oliphant is not, it’s fair to say, completely fine. In fact, she’s a social outcast, laughed at in the office for her frumpiness and pedantic view of the world, as well as her failure to understand almost every aspect of modern culture beyond the basics needed to survive. She’s a borderline recluse, drinks heavily, and has an extremely difficult relationship with her mother (and, initially, almost no relationship with anyone else). She’s not a particularly likeable character, either, but that is, perhaps, kind of the point. This is so accomplished I was more than a little surprised to learn that it’s Gail Honeyman’s debut novel (something I discovered when looking for more of her work). It’s different, in part in that the lead character will make you laugh at her, rather than with her. As the story slowly unravels, though, it’s also thought-provoking, slightly shocking and effortlessly charming.