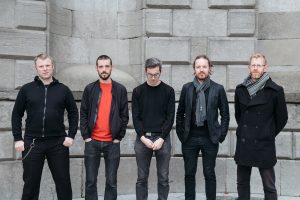 “You really have to do your reading for something like this,” vocalist Allen Blighe says of the project, having approached the new album with all the vigour of a passionate historian. “We got a few different sources. There was a housing collapse on Church Street in Inner City Dublin, for example, that killed a lot of people. It was kind of the Grenfell Tower of its time. There’s a very short book that’s recently been put out locally in Stoneybatter about it that’s very powerful. That was a big influence.” 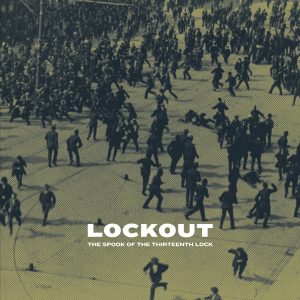 “Some of our songs in the previous albums had historical themes, but they were distinct songs,” Bates recalls. “With this one we wanted to tell the story of the Lockout on a full album. Before we had much music written, we already had the narrative and structure all planned out. We knew the lyrical ideas, which is the other way round to how we used to work in the past, with the music coming first.”

Those narratives filter naturally into the music. “We use this very harmonious open tuning on all the guitars to represent the strength and unity of the unions,” Blighe explains. “But then there are the dark moments in the story, in which we very deliberately create dissonance, whether it’s rhythmic or harmonic dissonance, to represent those themes. There’s also big and small. There’s all guns blazing, all guitars going, and different points where it really shrinks back.”

“In terms of arrangement, it can be really interesting. It uses the dynamic range in different ways. It’s not just a noise fest. In fact it’s quite sparse at times.”

Blighe and Bates aren’t afraid to express their own admiration for the Lockout strikers, or their sense that the relative absence of such collective action is a sad reflection of modern society. “It’s about capital versus labour, ultimately,” Blighe says, “even if it’s not really expressed that way anymore.”

“There are huge differences between then and now, but there are some themes,” he argues. “That capital against labour fight is still very much relevant.Tenement slums back then were full of vermin, and people were struggling for food. It was about accommodation, and the security of accommodation is a huge things again now. One of the successes of capital, I guess, has been to take that debate out of the equation. It’s not really discussed anymore.”

The 1916 anniversary, though, has brought some clarity to the era, in Bates opinion. “It’s perhaps less mythologised, and treated with a bit more context. I remember the Lockout being talked about in very positive terms, but not being explained as this socialist action.”

“As a subject, though, it’s handy in a way. We’ve always liked tying our songs together, with big intros and outros, and this is just that idea times ten. It’s complex, but it’s cohesive, and you know where you’re going.” The journey might have had its simplistic sides, tonally at least, but the result is spectacular: a deep, detailed and original album no other Irish act could have written.

Spook Of The Thirteenth Lock play Dublin’s Pepper Canister Church on March 16, as part of the St Patrick’s Day Festival, with support from Landless. ‘Lockout’ is released the same day.