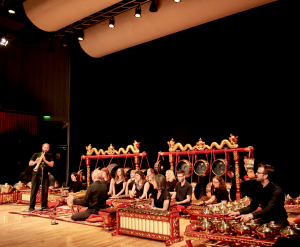 “It’s such an interesting style of music, very different to anything I’ve experienced in composing before, and it’s been great finding a connection with that.” 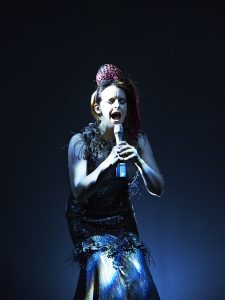 Feeney’s been on something of a break since releasing 2012 album ‘Clocks’, her third, in part because of the arrival of two little ones into her life. It’s clear her children have had a profound effect on the composer, one that’s likely to flow into the content of her fourth release, expected sometime next year. As well as the album, which is in advanced in its progress, there’s also an operatic composition based on Oscar Wilde on the way.

“I’ve become very aware of what’s going on in the world, far more than before they came along,” she tells of her new life as a parent. “I find I see much more of the world. I’m far more into politics than I used to be, and it really affects me. I don’t feel it’s my place to talk about, for example, war in Syria in my music, as it’s not my experience. But it affects me deeply now. You’re very aware that your world is also your children’s world and you notice things in a different way.”

“You also have to be far more controlled with your use of time,” she continues. “I hope people will understand that I decided to take some time off and establish my children on our planet. Certain things will be different. It’s very much about the music now, I just don’t feel the need to be a spokesperson for independent music. That’s just gone, I just don’t really care for it anymore. I have three hours scheduled in for recording in a few days time, and I have to plan that really carefully. But I wouldn’t change that one bit.”

“With the opera, I won’t be managing, or producing, or anything like that. I’ll just be making the music. I used to be the person who would write at 3am, or go swimming at midnight. But I’ve only spent two nights away from my children in their lives so far, and I found it really hard. That’s not about to change.”

The album, which has no confirmed date just yet, will reflect that new depth, and it’s being produced simultaneously with a separate long-term project in the form of an adaptation of Oscar Wilde’s ‘The Happy Prince’, entitled ‘Bird’. The latter has been on the go for years for Feeney, and was close to completion in 2013, when she set it aside to focus on her children. That’s proven a smart move, as it’s now undergoing considerable alterations.

“I’m really glad I didn’t finish it in 2013,” she explains. “Marina Carr has come on board with it, and I’ve found it’s turning into something a little bit different. Marina suggested I don’t just tell Oscar Wilde’s story, but that I also try to delve into the worlds of some of the characters in my own way, to explore their perspectives.”

There’s a passion behind these projects, one that’s always simmered in what Feeney does, which seems motivated by life experience (and the delicate expression of it) above all else. It’s captured in the story of a detour on a trip to Seattle, during which she was asked to travel to a remote district of Canada and perform for a loyal fan who’d recently been in a major accident. Feeney went, played no less than six gigs, and put on a fashion show, too.

The pace is a little slower today, but the output no less wonderful. Feeney will be keeping things international whilst staying local, exploring those Javanese beats while she constructs her next solo masterpiece. With Feeney’s music traditionally of the sublimely mellow, emotional and vocally breathtaking variety, her Gamelan interlude might just invert a cliche: the lively storm before 2018’s perfect, beautiful calm.

Julie Feeney performs in Dun Laoghaire with the Irish Gamelan Orchestra on Friday, November 11. She’ll play alongside other guests including Joseph O’Connor and Colin Dunne at the Pavilion Theatre, tickets available at paviliontheatre.ie.