Half the band left behind medical qualifications to hit the rock scene, so what makes Otherkin fit to succeed?

THE COVER of Otherkin’s debut album – much like the band’s borderline maniacal live performances – is one big, bold statement. Ahead of the release of ‘Ok’ this month, two members of the band got the album title tattooed on the inside of their wrists.

It fits in with the band’s heady, in-your-face rock vibe (they call themselves ‘grunge-pop’), one that’s made David Anthony, Luke Reilly, Rob Summons and Conor Andrew Wynne famous (in certain quarters) for roughly-hewn pop-rock ditties, but also for crowd surfing and brash, buzzing gigs. The cover, and new symbol of the band, feels symbolic: it’s simply that tattooed arm reaching for the sky.

Their story of the album begins with a shot in the dark, and a certain amount of characteristic mayhem. “We decided to take a gamble on an expensive video for our first single,” vocalist Reilly tells us of the loveable fury of ‘Ay Ay’, “and insist that if a label wanted to sign us, they take the video as part of the deal. It worked out well [the video now has in excess of 100,000 views in its various YouTube guises].”

When it came to recording ‘Ok’, it was important to keep a similarly raw vibe. Recording music, typically, requires click tracks, steady hands and carefully constructed ‘perfect’ versions of songs, often layered from individual instrumental setups. Looking to maintain that live buzz, however, Otherkin’s recording sessions saw Reilly “charging about the place with a bottle of wine in his hand. We built our reputation as a live band, and it was important to capture that on the record,” Summons tells us.

“I think it does that,” he continues. “We used to get this wonderful backhanded compliment a lot, ‘you guys are way better live’. We’re hoping people will hear this album and feel we’ve grabbed hold of what they liked about that.” 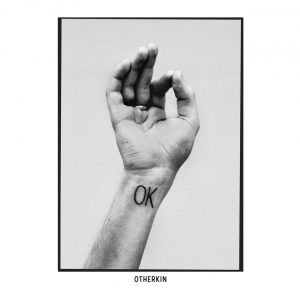 It’s always been a key part of Otherkin’s philosophy to build a following outside of Ireland. Their local following got a serious boost when they stepped out as openers to Guns N Roses at slane this year, but as vibrant as our music scene is, it’s simply too small for a four-piece band to play enough shows to survive by just playing here. The exceptions are acts that have become massive cultural entities on our shores, with even the likes of Bell X1, The Coronas, and The Frames never really imitating their Irish success overseas.

“We’re still told by a lot of people that America is the place for our music, because that’s where the kind of music we make is popular,” Wynne tells us, referencing another raucous punk-pop outfit, FIDLAR. “We’re still trying to break England, but America is the golden target.”

“It’s going in some interesting ways at the moment; we’re playing three dates in Serbia on the album tour, for example. One of our singles got a lot of radio play on MTV over there. There’s one in Kosovo, too, and a couple of others around there to fill it out. We love Ireland, but to survive as a band it’s important to succeed elsewhere.”

“We’ve had some great experiences out on the road, like the lads that came from Cork to go to the Leeds show, just to give us a flag.”

There’s still a long way to go, though, and Otherkin are painfully aware of the importance of this debut release. “Our record label have made the point to us that the majority of people are never likely to have heard of us before this record comes out,” Summons says.

“We have to make sure it’s right, you can only do this once. Music can be quite a cynical, cyclical thing. I think we’re happy to have it out there. We’re definitely happy with it, there’s been a natural build up. To us they’re old songs, but it’s important we get out of our perspective and understand that to most people, these are totally new songs, and they’re hearing them for the first time.”

“It’s important you had that build up, I think,” Reilly adds. “We did some quite weird, art house style stuff before we really found our sound. It was kind of like rock opera stuff. The album’s quite simple in a way, as eventually we just kind of found our sound collectively. It always landed back on this free-spirited style. We come from really different musical backgrounds, but there are a few shared influences that feed into Otherkin, like Queens of The Stone Age, Blur, Ash, and The Ramones.”

“We always wanted to make music as a career, but it was very much a back-of-the-mind kind of thing, it was never the focus,” Summons explains. “A couple of us were studying medicine, so a lot of our friends are off doing 80 hour weeks. I don’t know how many hours we spend making music. We just hang around with each other.”

It’s certainly worked for them so far. “Obviously we’re not bringing in vast amounts of money,” Summons tells us. “We’ve been doing random little bits, like nightclub nights and playing weddings to get by. It has been about balancing making pocket money and making the album, I guess.”

“But we’re having a really great time. I don’t think any of us regret going down this road. We’re really lucky, in that we really are great friends, and we all have very similar views about what we want from all this. The memories and the experience are worth more than any well-paid job.”

Otherkin’s debut album ‘OK’ is released on CD, vinyl and digital download on September 29th. Following an extensive European tour, they return to Dublin in December.