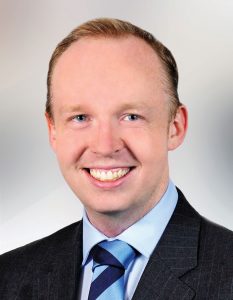 FINE GAEL TD Noel Rock is pushing forward with his bill to outlaw the above face value sale of tickets, with the long-term campaign proving a popular bid to stamp out the current legal and thriving secondary ticketing market in Ireland.

Rock, who’s at pains to clarify that his bill is targeting only “above face value” resales – and takes no issue with legitimate onwards sale due to personal circumstances – told the Gazette this week that the bill is currently being held up by a consultation process taking place in the Department of Jobs, Enterprise and Innovation, before progress to the next stage.

The problem, he explains, continues to grow. “There’s a consistent pattern of popular, high-profile events selling out in minutes,and reappearing at high value on ticketing websites almost immediately,” Rock explains, citing LCD Soundsystem at Dublin’s Olympia Theatre and Danish singer MØ in The Academy as recent examples. “It’s legal currently, and real fans are being squeezed out.”

“The difficulty is, I don’t really trust the industry to make it difficult. There are a lot of vested interests in the market, and there’s very little motivation to make the market customer friendly. There are also some quite dubious practises.”

“There are certainly cases where companies offer a ‘guarantee’ of a ticket that a customer has paid for, that essentially says they will either be provided with a ticket, or with their money back. That’s not much of a guarantee in itself, but it’s also common to substitute tickets in other parts of a stadium, for example. What kind of customer service is that, really? It’s mis-selling.”

Rock – a TD for Dublin North West – is a dedicated music and sports fan himself, and often tweets about attending various events, including Electric Picnic in recent weeks.

He highlighted the touting issue earlier this year by arranging to meet and confronting someone selling Ireland v England Six Nations tickets, recording and publishing the discussion as the seller attempted to unload the tickets at several multiples of face value. Rock claims to have a ‘thick file’ on bad practises within the industry on his desk, containing a broad range of issues around touting that have seen customers ripped off in various ways.

“During the consultation process, we’ve received submissions from people like Ticketmaster, who as owners of a resale website have a vested interest,” Rock continued. “It’s worth noting that Seatwave shut down in Belgium after the government outlawed resales, and touting is definitely down.”

“I fully accept that it’s almost impossible to totally stamp out touting,” the TD explained. “We’re not suggesting that the law will have that impact. But what’s happened in Belgium since they made the changes is it’s been substantially reduced, and some of the major players have been pushed out of the market.”

“It’s created a friction, a doubt in the minds of both the buyers and sellers involved in these transactions, and that’s what we hope to do, as it’ll definitely make things more difficult, and give the Garda the power to intervene. At the moment, if someone sells a ticket to a concert or a football match, the terms and conditions that outlaw it are close to useless, even if they prohibit reselling.”

“Things are only going to get worse, as it’s an easy, legal way for people to take a punt on making a lot of money. It doesn’t benefit the artist or the people who actually want to attend these events.”

Rock will be pushing for his anti-touting bill – which has the backing of organisations like the GAA, the FAI, and major concert promoters, in the coming months. “Our research has shown the vast majority of the Irish public support measures to stop above face value sales even in cases where it causes some job losses,” he concludes.

“We did a survey of 1,100 people posing a question on that particular scenario, and 86% were in favour of the legislation. That’s unprecedented for almost anything.”