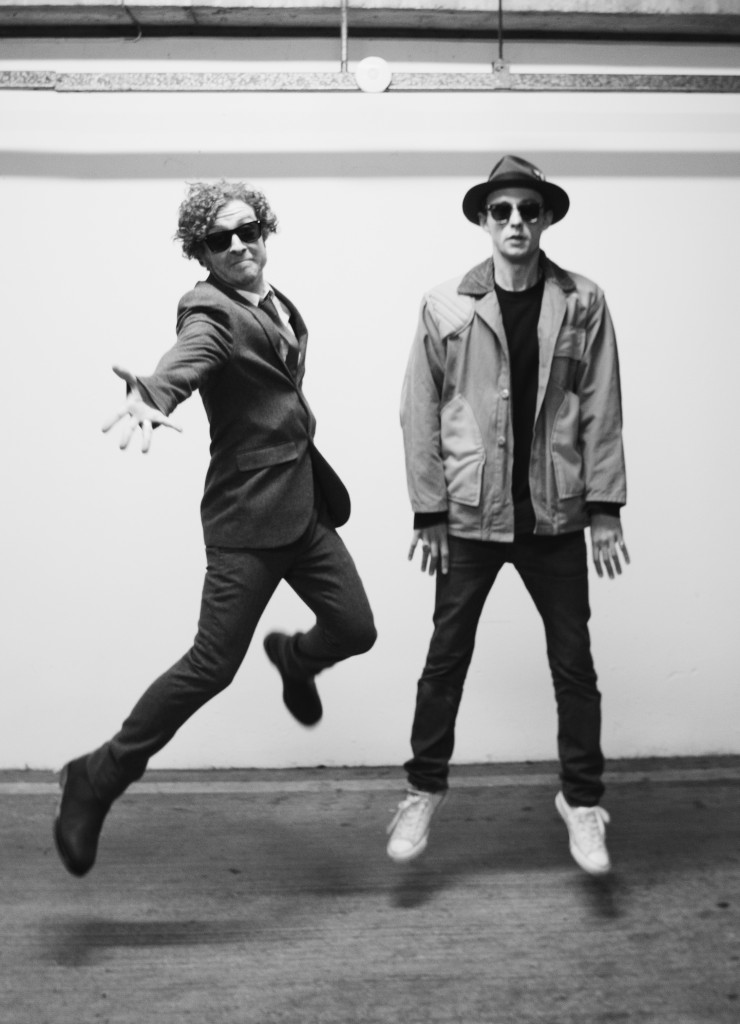 How did you come across David Lyttle, and what pushed you to work together?

I’d known of David’s work for a while and was intrigued, fascinated and mostly impressed with how prolific he was and how he’d done it all totally separate to the circles and – for want of a better word – “scenes”, I’d known in the past. He was (and still is) the musician in residence for Derry. I happened to be in the city one day and called into the Nerve Centre (Derry’s creative hub) and the gentleman that is Marty Magill was telling me about him. He suggested we work together, he said he’d heard David, “make the drums sing”. I thought that was a friendly bullshitting job at first, then I met David, we talked a little, laughed a lot, had a lot of common ground and similar goals. Then I heard him drum, & holy shit, that guy really can make the drums sing! It started out as a one song thing, then I suggested the album. Here we are!

Are you a jazz fan?

Hell yes! We had jazzy moments in my last band, remember?  Gene Krupa though, could listen to him all day.

How has your sound developed since you started out as VerseChorusVerse? Have things developed in the way you expected?

It’s constantly evolving, and developing! I actually can’t stop writing, I must have about 150 songs demoed that have been unjudged by third party ears. To me VerseChorusVerse was a chance to explore as many genres as possible. I think folk was expected since I was strapped to an acoustic. That’s a fair enough assumption I guess, but I change styles a lot. The way I write, the sounds I make with my voice, lyrical viewpoints, always morphing, getting hairier and bolder.

Then, one day, I’ll die. So I gotta fit in as many styles as possible in this period of grace we’ve agreed on calling life, man.

What’s your live band set up today – how many gigs are just you, and who do you work with when they’re not just you?

Mainly, it’s just me. I think I needed that after the intensity of my previous incarnation. Band wise, I mean! I tend to collaborate with whomever I’m on the road with at the time. Jesse Malin, Tim Wheeler, Jonah Matranga, Bronagh Gallagher, Therapy? and so many more, they’ve all braved the stench of stage sharing with my tour boots.

I’ve got a cool thing coming up after this record, it will be a live band, and it fuckin’ jams. Hard!

You’ve talked quite a bit about mental health in the past. Where does music fit into your own view on mental health?

I have, I’m bipolar, and I came out, as it were, on Ray D’Arcys old show on TodayFM a few years ago. I figured that way I’d only have to say it once if I just told everybody on the island! I work with the incredible people in Dublin’s First Fortnight festival, challenging mental health prejudice through the arts & creativity.

I can quite factually state that if it wasn’t for music & my other creative outlets, I would not be talking to you or anyone else today. I’d never have made it out of my teens.

I wrote music a thank you letter once, basically just thanking it for always being there for me and always knowing just the right way to soothe, compel & breathe. I read it once a week. Music is like my ever-present traveling nurse. When I do get too paralysingly down, it generally seems to coincide with me not scratching a creative itch. And when it’s really bad, and the itch can’t even be found, that is my own, boxed in, deathly hell. Thankfully my travelling nurse tends to catch up in just the nick of time.

You crowdfunded your debut. How did that work out, looking back? Is it something you’d do again?

It worked out great, the record came out didn’t it?! Ha! The simple truth being that I couldn’t have released it without the pledgers’ help. I’ll forever be indebted to them all.
When I left the band I left behind a lot of people too, mostly unintentionally. My circle of friends certainly revealed itself! (and I love every last one of them so dearly, I’m so thankful for them sticking with me). What I’m doing musically is so different, it’s understandable I guess, and I kinda hoped the guys would keep people updated as to what I was doing now, when that didn’t happen a pledge campaign seemed logical, and it was stressful, but completely worth it!
I can’t do what I do without the support, love and interest of people out there. I know that and dearly love the people who have helped me out in any small way. I’d definitely do it again, it was a great way to liaise with my heroes – fellow music lovers. If you ask your audience for some money, the least you can do is offer something in return. Pledgers of the world, I salute you!

Where do you stand on the valuation of music in general?

ha! No comment… Put it this way, technically, I’m homeless. But I’m smiling!

I’ve seen a few Spanish tour photos doing the rounds. How have you taken advantage of things being ‘just you’ to get to new places so far?

I’ve just been there! Gigs & helping out on a movie.
Put it this way… Got a sofa? I’m there. Wanna sing a song? Let’s sing. Wanna dance & laugh? Let’s do it. Wanna set the world to rights and fall asleep mid-sentence on one another’s shoulders? It’s a date. Jeez, I sound like a nuisance, ha! Traveling with a guitar & a bag is a damn sight easier than traveling with a full back line. Wouldn’t you go everywhere you could?

What are the best and worst things about music in Belfast right now, in your view?

Best is definitely things like the GoGirl initiative, encouraging more girls to get out playing in what is largely a straight, male-dominated scene (nowt wrong with being a straight male I wanna stress!), LGBT issues being brought to the fore, despite the recoiling horror of the jingoist buffoonery parade we call government. Worst? See last sentences last 7 words.
David LyttleinterviewMusicVerseChorusVerse
0