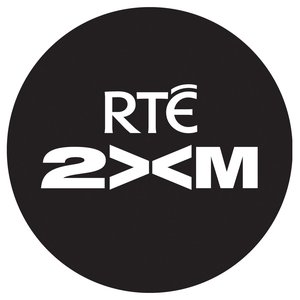 Elm – A soaring, atmospheric Dublin-based indie band who kindly gave us a preview of their soon to be released EP, recording using their prize from Guinness Amplify and with the assistance of Snow Patrol drummer Johnny Quinn. They use cello to decorate the more desolate corners of their sound, lending a timeless quality amid some mighty impressive toned-down vocals. We’re particularly taken with ‘Amends’ from the up and coming EP, but you’ll have to make do with ‘Concentrate’ until they release that to the outside world…

Zack Boone Sticking with this week’s modest theme of slightly left-field sounds (go check out The Pox Men’s Christmas song!), Zack Boone’s album ‘Somewhere Beyond’ is one of the odder yet more memorable submissions that landed this week. Urgent, shiver-inducing bleeps mash with acoustic guitar and spoken word whispers introduce the singer, with a jazz-leaning vocal taking over come choruses. Slightly more conventional styles take over later in the album, and you never quite step away from a sense that you’re listening to something that’s mentally all-encompassing. It’s strong and affecting to the point of somewhat repressive, but this is certainly music that will make you feel. Zack featured on the recent movie ‘Patrick’s Day’, and while he’s definitely not an artist for everyone, he’s well worth a gander.

Kingdom of Crows If you listen back to the first episode of GoldenPlec Select, two weeks ago, you’ll hear Kingdom Of Crow’s cover of Blondie’s ‘Call Me’ play right after we finish talking. Presenter Darren and I sat there and talked about what a wonderful cover it is for almost the duration. Perhaps the band sensed our affection, as it landed in my inbox the next day. It’s driftwood slow, the vocals are outstanding and it walks that ‘same same but different’ line of decent cover songs exceptionally. In fact, it took me a good thirty seconds to recognise what Kingdom of Crows were covering. Dare I say they’re like Evanescence if they were very, very good on this track? I dig this in a big way. Album to follow later this year:

James will be appearing on In Colour every two weeks, with the next review due to take place on the 8pm show on Monday 27 April.