The result is pulsating and dynamic, lent drama by some stunning lighting and a lively stage antics from strutting, silhouetted bassist Stefan Olsdal in particular. ‘Nancy Boy’ (rarely played in years) and ‘Pure Morning’ (referenced in the intro, but openly despised by Molko these days) are conspicuous in their absence for old-time fans, but that can only be a minor grumble on a night like this.

If there was a complaint to be levelled at a Placebo live set ten years ago, it was that there was no break from the darkness; that they charged through, struggling to find even a modicum of ‘light at the end of the tunnel’ amongst what was a memorable but desperate dirge. Today they have those breaks, and – perhaps surprisingly – it’s a few of the newer tracks that actually stick in the mind. They’re a welcome distraction, but also have the exact contrary effect: bye bye dingy dirge, hello mellow sparkles amongst the cavernous depression. It’s hard to associate Molko, Olsdal and co. with lightness and rock-fusion balladry, but it works.

It’s easy to feel old watching so many of the bands that sound-tracked teenage ‘rebellion’ at house parties celebrate their second decades, and many of them have returned for anniversaries less powerful, less committed and with the not so subtle glint of $ signs in their eyes. Not so tonight. With a tight brooding soundscape, pummelling bass and desperate honeyed vocals to die for, Placebo are every bit the band they once were. Silence the backing track and lean on Molko’s voice alone and they’d still be pure poetry. 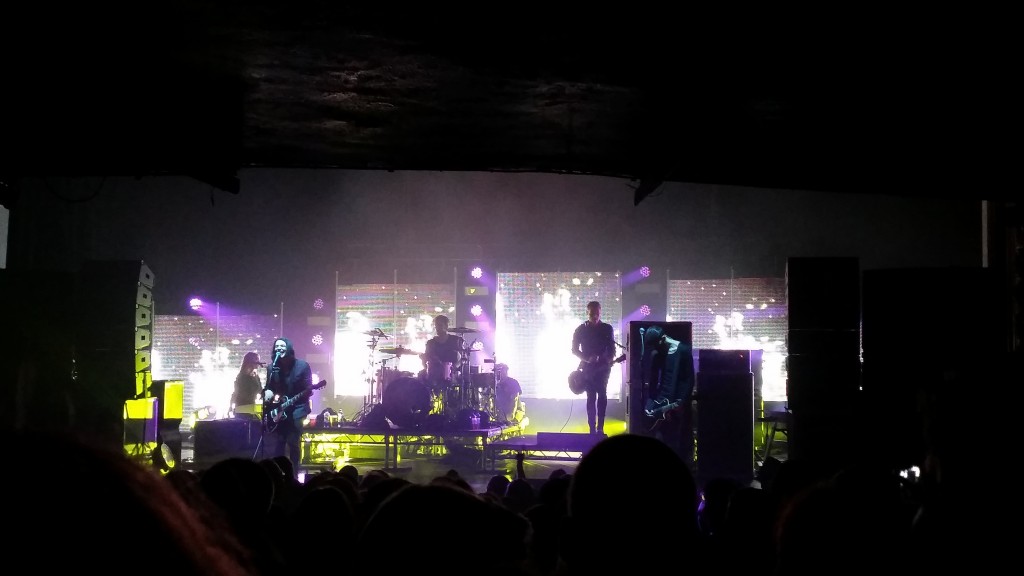 As published on State.ie, February 2015.