It’s been a full-on few weeks getting GoldenPlec Issue 1 to the full-on print stage, and a long, rewarding journey to going to print at all. There’s no denying that print is a risk these days. Let’s face it, print publications are dying out all around us, yet when Stephen and I met with GoldenPlec head honcho Aidan back in October to persuade him that going to hard copy was an add on to the long-standing (and mighty impressive after its recent re-furbish) website might be a good (bold) idea, it actually wasn’t that tough of a sell.

I think the reason is quite simple: the people at GoldenPlec aren’t looking at financials, largely. I mean I’m sure Aidan would love to be rolling in cash from the whole endeavour and dispersing it across the team and the scene, but the reality is that the team is made up of people more interested in promoting and contributing to the local music scene than in the practical realities of the time, money and effort that involves. Barriers just seem to break down in the place. Not that they don’t take the realities seriously: if they didn’t, we wouldn’t be close to having such a beautiful magazine hitting the shelves this week.

It’s just spare time, favours and positive vibes galore to get this thing off the ground, and the whole team have been absolutely magnificent, particularly Stephen with his hardcore editing, David with a design that genuinely takes my breath away, and Ros for the sheer volume of successful PR and being the driving force behind it all. From sorting content back in November to the mad rush of the last week, which has been full of (ongoing) distribution, late-night edits and a thread of emails as long as my arm, it’s all come together so well. Between us we’ve been live on RTE television, 2FM, 98FM, TxFM and Radiomade, made a radio ad on TxFM and expect coverage in the Sunday Business Post and generally had a really positive reaction which has been pretty overwhelming at times. The tweet below kind of sums it up for me – the magazine out in the real world, doing what it was intended to do, and someone we don’t know sending us a message to say how much they’re enjoying it. I know it won’t always be such a love-in. It can’t possibly be. But it’s been really quite special. 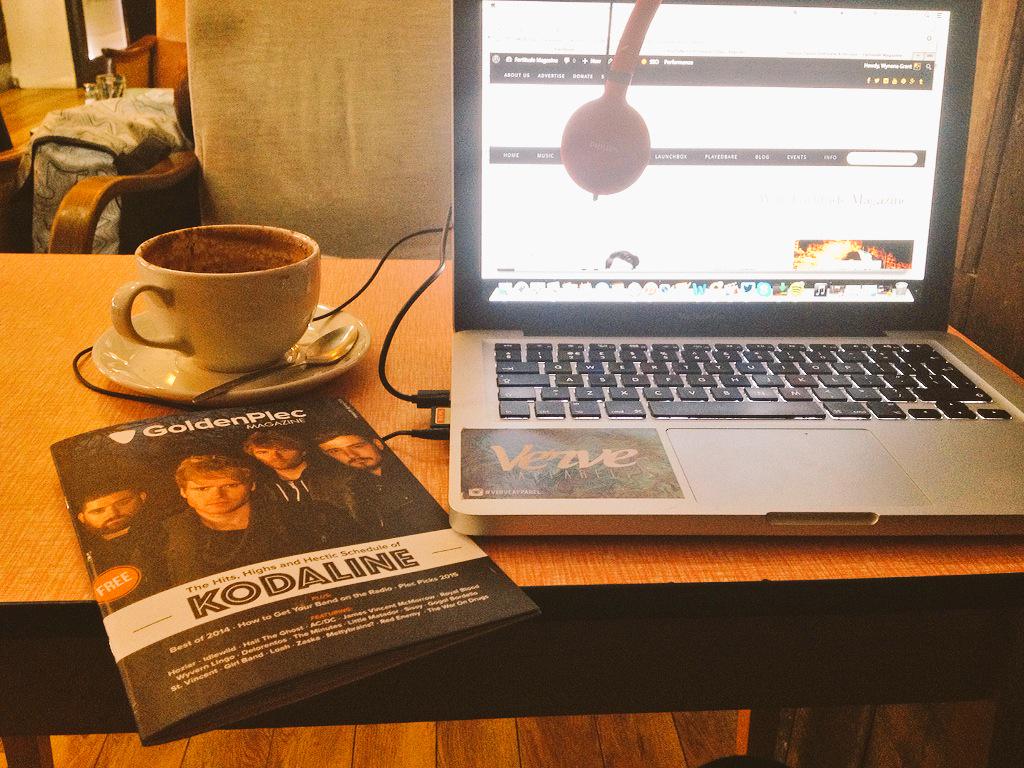 It’s something of a life ambition for me to be editing a project like this. Ever since being thrown in the front line at Rokon out in South Korea – a beautiful glossy often bizarrely reliant on only 4-5 loved-up writers (I’m pretty sure I wrote more than 50% of it one month) – I’ve wanted to do what the inspiration and ever-sarcastic Julian did out there. I came close as a co-editor a few years ago with De/Code, a project that fell apart due to a printer making all kinds of false commitments that saw our key advertiser pull the plug due to time issues (we never did see our money back). That kind of makes actually making it this time all the more sweet.

Nobody gets a preview here. GoldenPlec Issue 1 will be online after a few weeks, through Issu, and I’ll post it then, but until then keep an eye on the magazine page over on the main website for distribution points. If you’re really stuck for a copy, we’ll be setting up eBay as a sales channel for those outside of Dublin, Cork, Galway, Limerick, Athlone, Tullamore and Derry. Which is not a bad little list for our very first run.

We’ll be tying up loose ends for a week or two, and then moving right on to issue 2, due in around three months’ time. Today I just feel mighty proud!