How South Korea’s greatest filmmaker has twisted the nation’s black-and-white approach to the law by depicting moral violence with enthralling shades of grey.

When Korean director Park Chan-wook finally made his international feature-release debut last year with the startling, brittle melodrama Stoker, he opened its trailer with the line, “Personally, I can’t wait for life to tear you apart”. It’s a line that sums up a theme that’s not just at Stoker’s heart, but runs through the very best of Park’s past work, an oeuvre that features a collection of hugely acclaimed Korean-language movies, not least the legendary Oldboy. Whether it’s the distinctly un-Twilight-like vampires of Thirst or the infamous Vengeance trilogy, Park’s movies are dark and challengingly abrasive in character. His inspirations seem to lie in his university education in philosophy and in an apparent total lack of fear when it comes to pushing movies across the normal boundaries of what’s acceptable. Equally, though, Park’s breathtaking worldview stems from Korean society itself.

I lived in South Korea for two years, and it took me half of that time to come to grips with just how some of the complexities of Korean society work. In terms of development, Korea isn’t all that far behind Japan; Seoul is a megatropolis of overblown technology and almost embarrassing levels of luxury. As recently as the sixties, however, the country wasn’t only poor, but economically dismal – being closely comparable to Ethiopia – and Samsung weren’t much more than the noodle company they started out as. It’s often forgotten that, in the decade following the Korean War, even the ever-controversial oligarchy just north of the border was actually more successful. The result is an entire nation of nouveau riche.

It won’t come as a surprise to anyone that those riches come with some social consequences that sit far from the European norm. Heady modern consumerism, which peaks with an almost Milanese love of the overpriced and labelled, makes image everything. A heavy tax on imported cars has made even the modest Mini (which would cost over €100,000 in Seoul) a sure sign of a life of success. While the most modern of comforts take root, though, traditions still stand tall.

A woman should be married by 30 or considered a failure. One of the highest average alcohol consumptions on the planet is offset by a draconian stance on even the lightest of recreational drugs. No business meeting is complete without a tediously extended procession of bowing at kickoff, and pride dictates that the abundance of American military bases that allowed the construction of such a stable and prosperous nation be superfluously guarded by their Korean counterparts. Failure… well 16-18 hours of schooling per weekday for your average early teen will give you an idea of how well it’s tolerated. Korean culture is a cuttingly harsh one to live amongst if you’re unsuccessful. Park’s genius often lies in deconstructing or playing off these taboos. 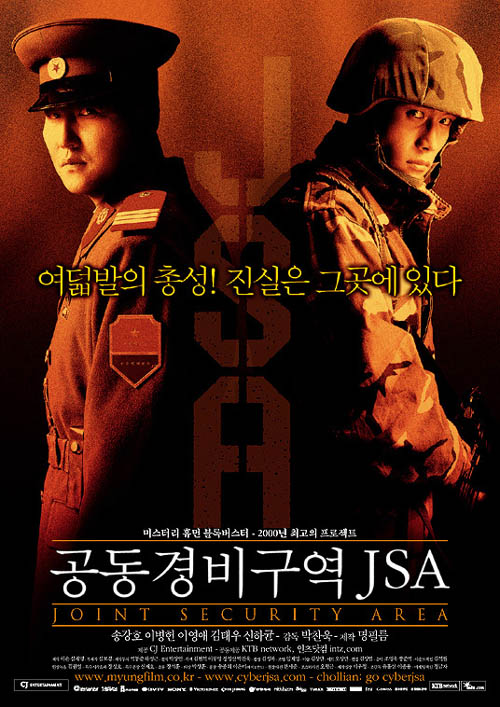 Take his breakthrough smash, Joint Security Area, which focuses on an investigation into a fatal shooting within the Korean Demilitarised Zone, the heavily fortified border that separates north from south. The threat of war still hangs over Seoul daily, even if South Korea does seem a little like an impetuous child threatening to beat up its body-building, gang-member older brother. The idea that North Koreans and South Koreans are one people still lives large in the mentalities of the older generations at the very least, but politics means collaboration with the soldiers north of the border could hardly be more unacceptable. Park’s novel adaptation eventually unravels to just that: two pairs of soldiers killing time on late night guard duty by exchanging culture and banter in illicit bunker meetings. When things inevitably go wrong, the fallout could not be more Korean: the four soldiers smirking subtly at each other as they face off on official duty; the swift step from failure to suicide (astonishingly, South Korea recently witnessed nearly 30,000 suicides in a single year); and the sense of overwhelming loss that stands above all else at the film’s conclusion.

The crimes running through Joint Security Area are circumstantial. It’s political naivety that seals the lead characters’ fate, but it’s hard not to connect with the them. In many ways, their friendship is more normal than the face-off they should be focused on.

When Park came to follow up on his initial success, his stories went from disturbingly afflicting to full-on violent. What they maintained was that sense of moral dilemma.

If you’ve only seen one Korean film in your life, it’s quite likely to have been Park’s Oldboy. It’s a breathtakingly violent masterpiece, arguably closing in on the perfect crime, and a head-messing example of sympathy for the devil. The lead character is pulled drunk from the streets and locked up in solitary confinement for a reason he doesn’t learn until he’s spent more than a decade and a half in his own company. His crime? Some schoolboy gossip that turned out to contain an unhealthy level of truth, and led to a suicide. The suicide victim made their choice based on a crime we might all have been guilty of as feisty teenagers – though hopefully without the same consequences – and a relative cooked up a revenge so cutting it’s hard not to feel a certain affection for the lead man’s violent disposition. Equally, the character’s derivation from social norms – the inevitable result of his confinement – adds a cultural depth, shining a light on Korea’s conformist social direction. 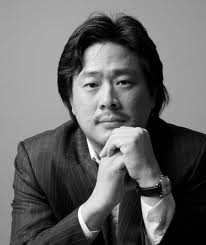 The other two Vengeance trilogy outings are scarcely less stark, particularly in Sympathy for Lady Vengeance’s case of wrongful imprisonment. The lead character is a supposedly reformed and wrongfully convicted ‘murderer’, turned into a very real ruthless killing machine through bitterness and the unintended education provided by her stint in prison. She might be the most unlikeable of heartless killers on one front, but even the shocking, torture-driven death scene – which features a series of bloody attacks from victims’ relatives – doesn’t entirely put aside that nagging feeling that there’s a palatable poetic justice to the entire thing. Which is the point, of course. The very concept that such brutality could be morally sound is an extremely tough sell and yet, once again, Park pulls it off.

Where Park so often excels is in heart-wrenching, impossible to forget moments and in challenging his viewers with his approach to emotional perspective. A quick format hop to Scroobius Pip’s opus, ‘Angles’, takes us through a series of scenarios in which a seemingly awful piece of social dysfunction turns out to be entirely justifiable. Park takes that idea to a dark and difficult extreme. A message that persists throughout many of the director’s most challenging moments – the vampires aside – lies in the blurring of the line between right and wrong. He brilliantly intertwines the criminal and the moral in a trail of tragedies that span genres but land in that same moral grey spot. It’s a painful reality as shocking to Koreans and their culture as the way their global success has lead to intense local pressures and a spate of suicides. Park’s attack on the black and white seems, to the outsider, like the ultimate, brilliant assault on his own cultural backdrop.

Korea’s an easy place to love. It’s arguably the single most successful modern day economy. As Park knows, nothing comes without a downside.

This article appears in the latest issue of One More Robot, which is available to buy online or Dubliners can snag their copy at All City (Crow Street, Temple Bar), The Record Art and Game Emporium (Fade Street), The Winding Stair Book Shop (Lower Ormond Quay) or White Lady Art Gallery, Wellington Quay.