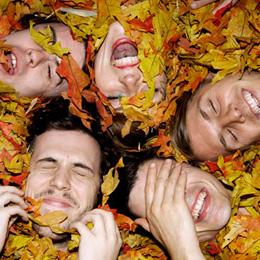 Since the EP, GROUPLOVE’s growth hasn’t been difficult to follow. ‘Colours’ – already years old before it saw any significant publicity at all – took the blogosphere by storm. When GROUPLOVE first set foot on Irish soil for Oxegen early in the summer, they opened their set to perhaps ten people and watched the tent slowly fill as word spread. Come Electric Picnic in September, an early afternoon slot induced a euphoric reception and saw the colourful five-piece installed as one of the talking points of the weekend. The turning point was probably their early US Florence & the Machine support slot. “Having only been a band for half a year it was really humbling to get to that point”, Ryan tells us. “Still, once the show was over, the question was ‘How do we do that better in the future’.” the clichéd, rise to fame nature of the band’s success has surely contributed to the GROUPLOVE ethos – “not so much a hippie reference, but an expression of our love for each other” – which is clear to see in shows that bubble over with smiling energy.

The band’s effervescent interviews are no different. Primary singers Christian and Hannah steal secret, beaming glances at each other between sentences. Bassist Sean – the only non-American member – plays the role of spokesmen; a jovial and cuttingly humorous character who’s earthy Brit-wit encapsulates the band’s mutual adoration. Given the breath-taking fortuitousness of it all and the infectiously happy-go-lucky vibe that GROUPLOVE purvey, debut album title ‘Never Trust a Happy Song’ must be tinged with a hint of irony? “Yes, it’s incredibly upbeat, but it also has a bit of a twisted underbelly. It’s difficult to be happy about everything, and we like our songs to have a bit of critical realism”, Andrew explains. “The cover’s Hannah’s art work. Every member has a writing credit yet every song has our collective conscious running through it. It’s a great representation of who we are. We just hope people like it”. 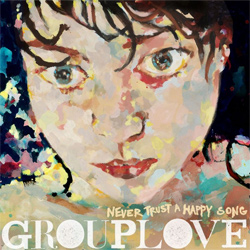 The band’s five-songwriter set up is jointly influenced by their shared history and a collection of musicians that Hannah explains “we can’t even begin to summarize – every member of the group comes from a different angle. The important thing is that we all appreciate each other”. Breakthrough effort ‘Colours’ is very much Christian’s baby, for example, while ‘Itchin’ On a Photograph sees Andrew’s sentimental side come to the fore. There’s no sense of friction or ownership surrounding the songs, though, everyone’s “just too into the love we have for each other”.

Of course, that applies more than anything to Christian and Hannah, who seemed entirely besotted with each other. The rest of the band argues “We’re used to it. As long as they don’t start getting it on in the dressing room it’s all good. We’ve only ever known them as a couple, so it doesn’t change the group dynamic”. Experience tells us that friendships developed on the road often fall apart when subjected to the real world, but having lived the best part of a year in a tour van, perhaps GROUPLOVE’s travel clique has only really removed its pink-tinged sunglasses to spend time in the studio. Sean even argues that the lack of a shared history beyond the artist’s commune informs the band’s music: “It’s fresh because we didn’t know each other’s pasts. All we knew is that we were all on a beach wearing shorts and playing guitars. This band listens to each other, everyone has a huge input and it’s also very individual and non-judgemental. It works really well creatively. It’s fun, and exciting. Being part of the band is just the easiest thing in the world. It really takes the pressure off having everyone contribute. Someone comes up with a song and we all work on it together.”

“There’s no formula, and I hope there never will be, the only thing we tried to stick to when making the album was to keep every song different’”, Sean tells us, “we just put everything into what we do together. Of course, the real measure will be if we’re still remembered in the future. For now, we’re just so happy to have this opportunity. How well we’ve done is really quite overwhelming.” 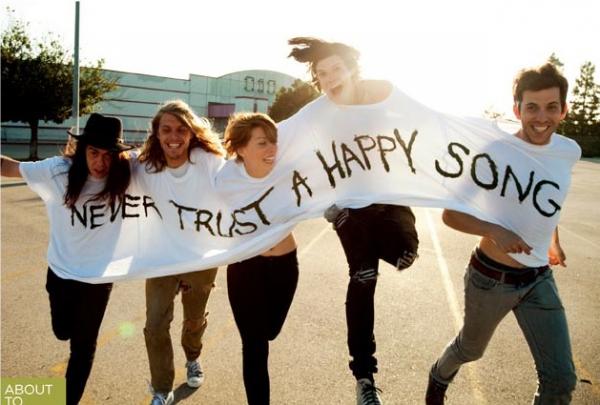