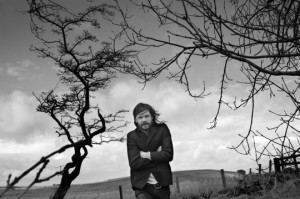 Roddy’s always had multiple outputs. Even at the height of Idlewild’s fame, he produced a column on hill walking for a national paper in Scotland, a gig that only stopped when the media started laying off freelancers. His journalistic dabblings have never been on musical topics, but he sees the creative difference: while both are “about writing stories, it’s very different to music; it’s just something interesting to do. Lyrics are often compared to poetry, and I think that’s wrong. Poetry is a lot more considered, and has to have a rhythm. Music doesn’t have to be narrative or tell a story, the music adds meaning. It can be abstract or simple, but the most important thing for me is that the tune’s good. If the tune’s good, you can hang things around it. I don’t worry about it making complete sense. There are very few lyricists you can read as poetry. Maybe Dylan, Cohen, Joni Mitchell, Tom Waits. The greats, but not too many other people. But that’s okay.”

“I write songs that I hope people will remember. It’s a really abstract kind of profession, and there’s really a limitless amount of songs and chord progressions you can come up with. It’s a permanent question mark, and that’s what [latest album] ‘The Impossible Songs & Other Songs’ is getting at.”

Despite Roddy’s well-established solo efforts, the Idlewild ‘hiatus’ situation continues to be one of interest to many rock fans. Roddy looks back with little regret on the situation, suggesting that it just wasn’t meant to be: “you can put out the best record of all time, and if your timing’s wrong, no one will hear it. I’m not saying we did put out the best record of all time, but we were a good rock band, we were just always a bit out of step. In our favor, there wasn’t much other stuff like us, so maybe we got more attention. But everyone moved on from guitars. We created our own little world by being a bit out of sync. We have a very dedicated fanbase. Music fans, as you know, are kind of tribal, they’re very loyal, and a lot of bands don’t get that. We had that for fifteen years, and that’s cool. In terms of mainstream, popular success, we never really made it. We weren’t prepared for it when the spotlight shone on us. We basically weren’t good enough, as we were too young. I’m not bitter about it at all, that was just the reality of the situation. We’d love to have been able to push on, like Coldplay did, and taken the bull by the horns. We wouldn’t want to be like them musically, but we never did push on like they did.” 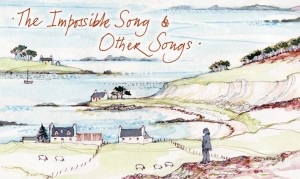 All indications suggest that Idlewild might be a thing of the past. There’s no doubt that Roddy’s new “cottage industry” style of music suits him well. A newfound preference for low-key, seated gigs and a set spattered with only the thinnest selections of Idlewild tracks makes Roddy’s folk leanings the focus, whilst members of his former band are off touring with various musicians, taking up a college music residency or becoming a soundman. “I’ve done a lot of solo recording now, as I was doing the solo thing in tandem with Idlewild five years ago. I do almost have a different fan base for that, especially in England and Scotland. A lot of people in the crowd are more familiar with my solo stuff, which is much better than a lot of people wanting to hear American English. But we play a few re-worked tracks, ones that are suited to being folk songs. I’m definitely going to do another solo record, as I’ve got a great set up here now. After that I might just get a job. It has become a lot harder for musicians to make a living full time. Everyone’s competing for the same things, and it feels like it shouldn’t be a competition.”

There will be at least one last chance to see the Roddy of old, though. Idlewild reform for a one off show at Northern Lights Festival in Aberdeen, in July. “We got offered the gig and we’re all around. It’s a one off gig, and we have no plans to record anything else.” Roddy’s more notorious musical output might well be a thing of the past, then, but there’s no doubting that an end to such an intense nomadic touring lifestyle and settling into a musical genre that’s more representative of what he is today is the way forward for him. While Idlewild fans – us included – might mourn the passing of a true group of cult heroes, a new, organic, personal style of writing is the best way for Roddy’s music to come out these days. Before long, perhaps he’ll forge his own legacy.