Bouncers, perhaps, are a necessarily aggressive bunch. Standing dutifully at venue doors, black suits barely hiding a substantial stature, it’s not difficult to see the relationship between punter and doorman as something of a battle. On the one hand, bouncers secure premises: if a fight breaks out, most suddenly have an entirely more positive feeling about their presence. If you’re on the wrong side of things, though, a reputation as ‘not the sharpest tool in the box’ combined with a shove in the wrong direction soon has the men in black cast as the bad guys. In the past couple of months, events in our two largest cities have fuelled this anger, leading to calls for legal action and sizable Internet campaigns.

A disabled punter recently at Rain, Belfast alleges that a member of the nightclub’s staff refused him access to the club to avoid “carrying a wheelchair up the stairs”. Soon, local newspapers and a Facebook protest group of 12,000 promising legal action rose up in support. Later, the group disappeared. The implication is a nasty one, but the club – bafflingly unwilling to release a public statement – seem to see things differently in private. A member of Rain’s staff anonymously informed us that the event described isn’t logical, as going upstairs wouldn’t be an issue on entry. While this remains an unofficial stance, whispers on the Internet – combined with the deletion of the group – suggest a case of ‘crying wolf’. One commenter even claims to have seen the incident, and that the punter’s friend caused the rejection. It’s impossible for AU to play judge, jury and executioner, but we can’t help wondering if the bad press Rain received as a result might have been a touch unfair.

Events in The P.O.D complex in Dublin have caused similar consternation down south. The group ‘Bands Against Crawdaddy’ formed after violence marred local band Home Star Runner’s final show in September. Numerous punters allege that Crawdaddy’s bouncers punched the girlfriend of a band member, leading to a street fight that amounted to “uniformed thuggery”; one member of Home Star Runner ended up in a cell. Half a dozen YouTube videos are inconclusive when it comes to blame, but certainly show a volatile, violent atmosphere outside the show. As a result, a number of Dublin bands have vowed never to play the venue again. 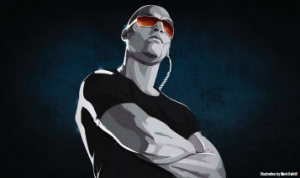 P.O.D’s response states “we’ve watched the security footage and can categorically confirm that no females were struck or injured, and that security acted in a responsive manner to being physically attacked… to prevent the incident escalating further”. Sure, the punters are likely to have played a role, but it seems unlikely to us that security footage could provide “categorical” proof that an event didn’t take place. ‘Bands Against Crawdaddy’ contest, that The P.O.D’s statement is “a complete pack of lies”. The violence is undeniable, but outside of a court of law it’s difficult to even begin to assign responsibility.

While the punters in Dublin have witness numbers on their side, AU’s also aware that while the gig-goers had probably had a drink or five, the bouncers were sober and – as videos show – provoked by the time events spread outside the venue. The Belfast story is more clearcut: either a case of appalling discrimination or a one man’s bitter quest.

We can’t make snap judgments on these particular cases, but we can offer some advice. Prerequisite licenses tests by the Security Industry Authority (UK) and the Private Security Authority (Ireland) demand training in safety and crowd control, and exclude anyone with serious convictions. If you do encounter problems, a combination of reliable eyewitnesses and the badge ID number displayed should be enough report or take legal action.

It’s in bouncers’ interests to keep things calm: the comeback from any events could have far more serious consequences for them than you. As fallible people working in a highly volatile environment, door staff don’t always get things right, but it pays to remember that one bouncer is not the next. Overall, despite any bad experiences you may have had over the years, the professions probably saved you a lot of aggro.

As published in AU Magazine, December 2010, illustration by Mark Rahill.