On Tuesday, no doubt suffering from the bone crunching ache that only 26.2 miles can provide (sponsorship hugely appreciated, click here!), I’ll be on a plane to El Salvador, to spend a week with Irish charity Trocaire. To say I’m excited is something of an understatement, but having seen the impact a similar trip had on my wife Helena a couple of years ago, I’m also half expecting to come back a slightly different person to when I depart. It’s fair to say I’m finding it a little hard to keep a lid on expectations: I’ve witnessed extreme poverty and adverse conditions before, in India, North Korea, Tanzania and Cambodia, but the kind of access Trocaire can offer goes directly to the heart of these kinds of issues is bound to make it a more full-on experience.

I nearly ended up missing the invite altogether. Writing has taken me to that slightly cynical, fifty-plus PR emails a day stage where an email making a – on the face of it – far flung request can seem like spam. My email from trip planner Joanne was entitled ‘James, would you like to join us in El Salvador?’ which at first glance appeared a little too fantasy land to be real. I’m glad I checked in to find it wasn’t.

Of course this isn’t all a bit of fun (though I hope it will be that, too), there’s a very good reason why the team’s been put together. We’ll be exploring the impact of climate change on El Salvador, which even a bit of light reading will tell you is far more dramatic and direct than anything we’re likely to experience at home. From October the 31st onwards, they’ll be regular updates on this website, as well as over on my Twitter account and on Facebook, attempting to document just a few of the things we uncover and give a sense of what’s going in. With a bit of luck, that might strike a chord with a few people back home; if nothing else it should prove educational. Here’s a quick video on the issue:

If you do want to follow along (and I hope this sounds even a fraction as interesting to you as it does to me), a good place to start aside from my own content will be with the hashtag #UpToUs on Twitter, which we’ll collectively be using to put the word out. To give an idea, here’s a little vital background on both the trip and El Salvador’s climate issues in general:

– El Salvador is located on the Pacific Coast of Central America, bordering Guatemala and Honduras, not far from the southern tip of Mexico. It’s a small country about the size of Munster, so our trip will include numerous day trips to uncover different aspects of climate change problems that affect the country. Despite being a small country area wise, El Salvador’s population is significantly higher than Ireland’s at a little over 6 million. Outside of El Salvador, we’ll be traveling to the south western district around Sonsonate and the south eastern district around Jiquilisco (see map, and details below for more info on what for…)

–  El Salvador is more heavily and directly impacted by climate change than most other locations. The independent recently ran a superb article on the effect of rising sea levels on vital mangrove areas in the country, which has had a huge knock on effect due to local dependence on mangrove product like crabs, along with a similar piece by Al Jazeera (thanks to Oliver Moore, who’s another member of the group traveling, for the links), but generally speaking there is very little western media coverage of a host of other issues, including flooding, drought, extreme weather conditions, bad sanitary conditions, slash and burn farming and the destruction of homes resulting in high levels of homelessness.

– El Salvador has been impacted by two major hurricanes and a major earthquake over the past 15 years or so (Hurricane Mitch – 1998, Hurricane Stan – 2001 and the earthquakes of early 2005), all of which continue to have a knock on effect on the living conditions and environmental conditions , particularly in poor and agriculturally reliant areas of the country, and low quality residential areas.

Our field trips/ focus/ what to watch out for over the coming few weeks:

I don’t want to pre-empt what we’ll actually find on visiting these communities, so for now I’ll simply outline the situation with a few facts I’ve learnt through Trocaire:

An area that’s suffered extreme damage through recent Hurricanes such as Hurricane Mitch (1998) and Hurricane Stan (2005). The area floods systematically every rainy season (we’ll be visiting towards the end of the season), and suffers crop-ruining droughts in the dry season. This results in sustenance issues and economic problems due to lost livelihoods.  Floods have forced elderly and weaker members of families to flee their home district and caused pollution to the water supply, in part because of agricultural chemicals used in response to poor growing conditions. Despite its issues, this region receives extremely limited state support in El Salvador.

A residential area hit severely in terms of homes and infrastructure by the earthquakes on the 13th of January and the 13th of February 2001, which between them destroyed beyond use around 60% of all the buildings in the area. Poor housing conditions (families often lived in a single room before the earthquakes) have exacerbated the homelessness problem.

The third poorest region of El Salvador, one of 32 municipality areas that have 50% of their homes classified as being in ‘extreme poverty’. Agriculture is the main, but highly unprofitable source of income. Deforestation, low quality agricultural land and a lack of organized development all heavily impact on the area. There’s also a severe shortage of water, and governmental disputes relating to its control. 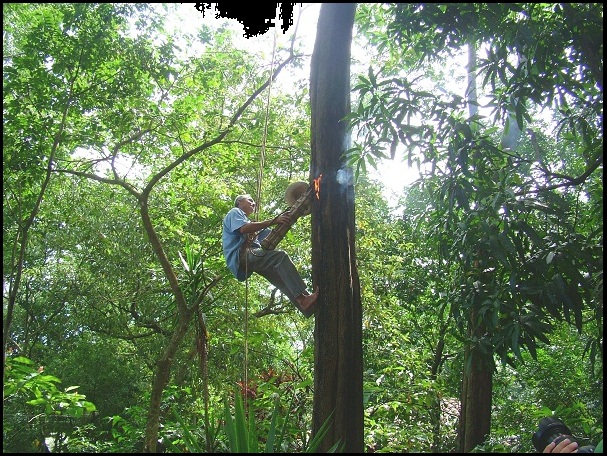 An international conference dealing with local and national climate change related and political issues, from the looting of African resources to Asian climate disasters. Speakers include a range of charities and will contain a panel discussion presenting climate change strategies from a host of Central American countries. The afternoon of the second day will feature a climate change march through San Salvador, and a cultural festival.

Meetings with the Deputy Minister for Cooperation, one of the main men behind El Salvador’s charity purse strings, and with Lourdes Palacios, the chairman of the environment and climate change assembly. We’ll also have a meeting with the ‘Climate Justice Campaign’ of El Salvador, short cultural tours and experiences.

(this section’s information kindly provided by Trocaire, and re-written as a quick summary).

What I personally hope to achieve:

– To document all of the above as well as possible. Obviously in written form, but also in photographs and in video, in particular video interviews. There’s so much stuff above that sounds incredibly affecting in theory, and conveying just a glance at that back will be a key part of the experience. Watch this space; I’m expecting to post at least one major blog entry a day, both here and less often on the Trocaire Blog, probably together with some lighter asides.

– To adapt my own thinking a little. I can’t claim to have made Climate Change a major part of my life to date. I’m not awful either: I don’t own a car and walk or cycle almost everywhere in the course of day to day life. Fairly regularly flights probably constitute my worst climate change offence, as well as a bad habit of drinking bottled drinks fairly regularly. I hope (and expect) that this might be the shove I need to get myself more hands on in the future.

– In relation to the above, to have an instant network through the other participants of people who hope or are already doing something similar. Trocaire have impressed me hugely in the contact I’ve had with them so far, and I hope I can stay involved after the trip is over.

– To get the same sense that I’ve had every time I’ve been somewhere quite so poverty-struck: to bring home a sense of just how easy we have things, even when they’re not so easy. It tends to be a great motivator when it comes to lifestyle and drive.

I’ll be posting the blog entries all here over the coming weeks, keep an eye out!