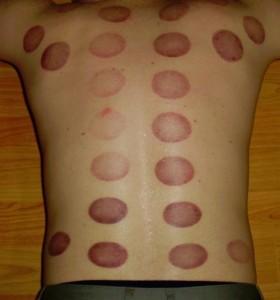 It took me until Sunday to really recover from this week. The Korean Government Trade Intensive Courses we do every so often are a byword for hell, I swear. 9am to 6pm teaching the same class is torturous; unfortunately we have round two next week. Im honestly not sure if I can cope with it, I guess theres only one way to find out

At least I made the most of Sunday. After a second good lie in of the weekend (which also followed a second very early night, I must be getting old) Helena and I headed to Lotte World in South Seoul. Lotte World was most famous when we got here for being closed down, as someone died falling from a rollercoaster there, but under the (possible miss-held) belief that lightening wouldnt strike twice we thought it would make for a fun morning. Its basically like a small scale, indoor Disneyland that is conveniently located next to a shopping centre. The queues are spectacular  over an hour for a 2-minute rollercoaster ride  but the tacky atmosphere is surprisingly relaxing, and to their credit they do make an effort to entertain with live brass bands and fog machines. We only got three rides in the whole time, but even so, not a bad way to kill a Sunday morning.

Sunday evening was a strange one  I had a photo shoot for the new magazine, who like to profile their writers in the front of each issue (the writing I love, but being photographed for the front is not something I enjoy). Having spent a frantic few minutes after Lotte World trying to find something vaguely decent to wear I came to the conclusion that I dont have anything (and that I need to spend more time doing washing) and spent a small fortune on decent clothes at the designer shops on the walkover. I never thought Id consider buying designer labels a worthwhile investment but the alternatives that werent in the wash were not good, and this magazine is national The photo shoot was held in Bling magazines owners garden. Note garden  the only one Ive ever seen in Seoul, which is probably a fair indication of how successful the magazine has been. We spent the afternoon leaping around the place at the demands of the photographer, lying in odd shapes on the grass and generally doing things that will probably make us all look a little bit on the strange side in the magazine, but hey, Ill be getting published in it too, so cant complain! Afterwards the Bling office laid on a kind of welcome BBQ party for us, we all drank far too much vodka and orange for a Sunday night and talked over all the crazy stuff coming up over the next few weeks – I cant wait!

On Monday I had a break long enough to finally get round to doing a particular random Korean thing Ive been eyeing up for sometime: cupping. Cupping is a traditional Chinese medicine in which they use vacuum-sealed cups to bring bad blood to the surface of the back. Having enjoyed the rest of the weird delights of Koreas naked saunas (anyone with a very good memory might remember a blog entry on this a year back), I was taken into a back room with massage beds and told (or more shoved, really, as neither his English nor my Korean stretched to any more) to lie down and left for a few seconds while the guy went to get the cups. Each cup is placed gently in a different part of the back, you hear three taps and suddenly your skin is extremely taught around the inside of the cup. A very, very strange sensation. After 22 cups I actually felt fine, but then mywhat on earth would you call a man who cups people, a cupper? … added a final two over either of my kidneys and it was suddenly extremely painful. In fact quite similar to how I imagine it would feel to be punched there. 10 minutes (Ive been assured it was ten minute, it felt like several decades) later and the cups were removed. He polished off my treatment with an extremely painful back massage. The end results can be seen in the slightly worrying looking photograph attached to this entry. I really hope that fades, Im thinking of going to the beach next week and I think Ill be getting a few odd looks!

Random Aside: Beef advertising has become particularly prevalent in Seoul over the last few weeks. The theme seems to be any beef that wasnt made in America is wonderful. An amusing exploitation of the recent protests, Ive never seen so many happy-looking cows plastered around a city!