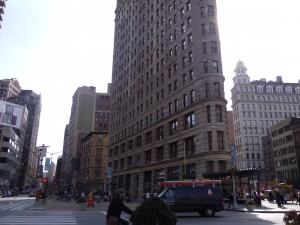 What better way to start a final day in New York than running around Central Park? The place is just huge; after getting from the hotel to the far end of the park, I must already have covered 3-4kms in a straight line, and more than half of that was in the park itself. When you get to the northern end, you arrive at a sizeable reservoir with a running track built around it, and at the far end half the runners stop just to lean on the fence posts and eye the New York skyline on three sides. I didn’t carry the camera when I went running, which was probably a mistake, the views are not far behind those from the top of the buildings. Then again, you’re probably bored of all the skyline pictures at this point.

Being the liberal city that it is, New York has its own Museum Of Sex, and we weren’t going to miss it. It’s a predictably strange place, a little perverse, especially in the machines (the bicycle… oh dear. I’ll leave you to the strange bicycle Google searches rather than getting too graphic). On the educational side – and there is one, believe it or not – it goes in to the history of what’s socially acceptable through the ages (they weren’t shy in the 18th century!), and there are rooms full of amusingly perverse pictures, raunchy spoken diaries and the way the Internet seems to have changed sexuality. But I won’t dedicate too much of this blog to that, I’ll just post a few of the really quite entertaining animal parts. By which I mean duck necrophilia and homosexual hedgehogs. But still, if you’re feeling cringey already, you might want to skip the images on this entry.

I’d booked Helena a massage as a final birthday present before we left, and that was down near Union Square, which turned out to be a fantastically charismatic corner of Manhattan. The Flatiron building is on the walk down – it’s that bizarre old mini-skyscraper that’s designed to fit in one tiny triangle of a block, and so has a long, thin, wedge like end that’s no wider than a typical bathroom. It’s not hugely wide at the other end, either, but I guess the land in this part of the city’s pretty valuable. 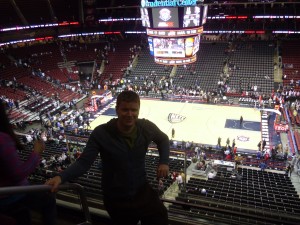 Another great spot near Union Square was an incredible book shop, which has 18 miles worth of shelves of new and second hand books, both inside and out. The kind of place you could browse for hours. What I particularly liked wasn’t the individual spots though, but the community spirit that was probably the most obviously lacking aspect of New York life. Sure, we spent most of our time in the incredibly commercial corners of the city, or in tourist spots, but in Union Square things seemed alive in a much more thoughtful, human way. A huge Free Tibet protest raged in the streets, while the square’s reputation for gay liberalism meant that same-sex couples walking around the place seemed to be completely normal. Another one that might not go down well with everyone who reads this, but I think that’s a great thing.

Fifth Avenue, which is known for its designer stuff, was also an interesting experience, if hugely out of our price range. Helena loved walking through the various upmarket boutiques, and I enjoyed it at least enough to lose track of time, and suddenly realise that we only had an hour to get to our basketball match. I wouldn’t call myself a basketball fan, but I certainly have pegged as one of the more appealing American sports – I find American Football a combination of comic and tedious, and while baseball’s good in the stadium, it’s dull on screen. I’d love to see some NHL, but I knew the basketball would be fast, lack too much of that ridiculous commercial break style time outs that litter American sport and offer plenty of entertainment.

We got very lucky, in fact, as the game was extremely close and so highly entertaining. The home team, The New Jersey Nets, led (sometimes by sizable margins) for the entire first three quarters, only for Milwaukee to score a huge three pointer on the buzzer at the end of the third quarter and then run away with things in the last few minutes. Sport in America is an entirely different beast to back home, of course, with an almost ADD focus on all out entertainment, from the mascot pumping fists in all corners of the stadium to the strangely sexualised cheerleaders New Jersey brought out (not suitable for kids, really…). The junk food in huge plastic cups and firing of t-shirts into the crowd at every time out meant there was never a dull moment, though the home fans didn’t exactly go home happy after being overturned at the end. Ideally we’d have liked to have gone to Madison Square Garden in Manhattan instead, but the Prudential Center, which holds about 18,000 in a huge indoor arena, was pretty impressive in its own right.

The highlights package online gives an idea of how impressive some of it is:

I’ve never seen Helena so into sports, and that has to be something. I suspect I might find myself watching a lot of the college stuff now that we’re back home, if I can find the energy to put in the later hours!