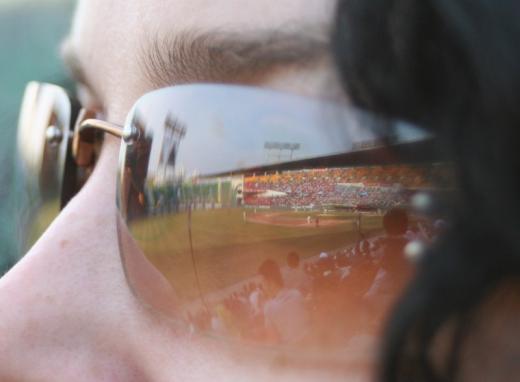 Korea’s redeeming feature when it comes to insane working hours is the national holidays: there is an incredible quantity of them, and any excuse to create another seems to be taken. Wednesday, for example, was Election Day. The second election day in the last couple of months as well, but nevertheless this was enough of an excuse to create a national holiday. I’m certainly not complaining, any break is a good break! Berlitz used Wednesday as a company sports day, which was far more fun then anyone expected. We went to a farm a couple of hours from Seoul and played Dodgeball, Tug of War and some strange game involving balancing a ball on a piece of wood and running. There was a quiz and Sangipsal (Korean BBQ) as well, so all in well worth sacrificing a day in bed for. Especially as I won ‘MVP’ (That’s American for ‘Man of the Match’) and got myself enough Department Store vouchers to go and buy a Nintendo DS. Not bad for a days non-work!

Work has finally chilled out just a tad. Enough to breath again and start putting together a few more articles – I feel like my rate of publication has dropped infinitely since I came back from the UK and I definitely need to pick it up again. May be some kind of article on North Korea is in order.

On Sunday I went to Korean Baseball, which is really quite a crazy experience. The two locals teams were playing each other, so a big derby game. Both sides are named after companies not where there from – I find this kind of corporate culture really depressing, can you imagine anyone taking pride in saying they support ‘Tesco United’ or ‘Shell Athletic’? Bit of a passion killer I think, though it doesn’t seem to put off the locals, thousands showed up in club colours and whacked infaltible sticks against together to the tune of the team’s song for a full three and a half hours. LG Twins (oh dear!) eventually beat the Doosan Bears (cringe) 5-2. I must admit that despite by genetic dislike for baseball it is growing on me as a sport. It’s far more entertaining the crickets (except 20-20, but then that doesn’t seem to be played very often) and fans over here are far more rowdy and enthusiastic. Though they clearly need English lessons: using slogans like ‘Jump! Hustle Doo!’ is just unreal. Not a bad way to spend a Sunday.

The main event of this week was of course North Korea (see below), it had quite an effect on me and I’m currently looking into ways to go back and visit other parts of the country. There is another reasonably affordable trip that runs from Seoul to the mountains in the East, so maybe I’ll head that way next. I might even be able to smuggle a few more propaganda books back!