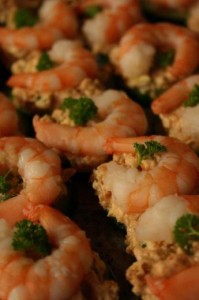 I have to start this entry by congratulating the older of my two younger sisters, Bridget. My only Saturday back in the UK was a big family celebration at which we toasted to her engagement to her boyfriend (fiancé ) Jim, as well as my homecoming (though that was, quite rightly, secondary).

I’ve never really met Jim’s family before, so it was all quite an odd, jetlagged experience (added to by the fact that last time I lived in Britain for any sustained length of time they’d only just started dating), but a good time none the less. I’m hoping they’ll provide me with a date for the ceremony sometime soon so I can avoid a long flight home for my Usher’s duties! (Hint, hint guys!)

I’d forgotten how amazing my mum’s cooking is. I know everyone thinks there own mothers’ cooking is something spectacular, but I really don’t think anyone is exaggerating when they say she should enter Master chef.  I’m sure my mum would make an excellent minor celebrity. Maybe she could use the fame to open a restaurant or create a best selling range of cookbooks.

Salisbury is exactly as I remember it. The changes are so insignificant it makes you wonder what on earth everyone’s been up to for the last 18 months, but then again it is a traditional city, so I guess I shouldn’t be expecting anything much to change. Things do appear different after so much time away. Seoul gives you the habit of looking up, as in terms of both buildings and mountains it is an extremely tall city. Looking up in Salisbury reveals horrible faux-Mediterranean colours all over the Old George Mall (I’d never noticed that before!), accompanied by fake windows painted with pictures of the cathedral. Awful. Must lose that habit. 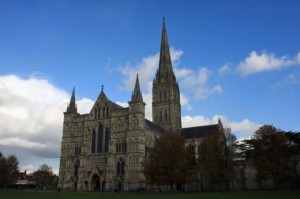 Having nothing to do and no friends left living in suburban Salisbury (frankly, why would they still be there… ), I spent a large part of my week trying to sleep off Korea (though I think a full on recovery is a process that will take far more than a week of relaxation… ) and indulging in hour upon hour of living in the alternative computerised world of ‘Spore’. I’m not in the habit of spending too much time on computer games, that’s something I grew out of years ago, but it has to be said they have developed spectacularly. What used to be a world limited to one – usually quickly dull – subject has now given birth to a game that models the entirely evolutionary process from single celled organisms to domination of the universe, with the added bonus that you get to control it all. Nice. I will have to try very hard not to waste too much time on it. (Though if anyone is so inclined, you can find the info here: http://www.spore.com/ftl).

I did indulge in one last ‘flying visit’, down to Southampton to say hi to Cat. It’s amazing how well the bonds formed in Thailand have lasted, it seems that those two months away three years ago still run so prominently through my life it’s almost silly. Of all the friends I saw in my time back in the UK, most of them I originally met in Thailand. I haven’t been to Southampton in months, and to be honest little’s changed there either. Always good to catch up, though, especially when catch up involves a pub lunch. I’ve missed those.

In other noteworthy news, my mum and baby sister Eleanor made possibly the biggest pumpkin in the history of the world for Halloween. It weighed in at five and a half stone – or half a full-grown man. It’s on the ledge outside out front door, which by the time you read this may well have collapsed under the pressure.

When that constitutes noteworthy news I think it’s fair to say it’s time to move on. My next entry (and this one, in fact) will come from my new home in Dublin.