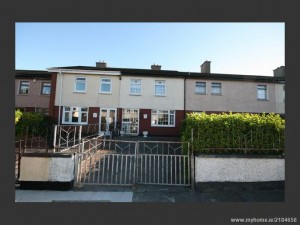 There are one or two items on my ‘thirty before thirty’ list that are cheating to some extent, because they were already in the pipeline when I put it together. In fairness I’m probably going to need them: it’s been just over three months, and this is only the second of the thirty that I’ve fully completed. Still, it’s a big one. Helena and I had an offer accepted on our new place back in mid-December. Since then we’ve been dealing with the paperwork side of the process, and it took until the first few days of April to actually move in.

We’d been told numerous times that the buying process was going to be a serious heap of paperwork and very long-winded, but I think I can confidently say ours was worse than most. The ‘three months’ estimate was always going to be pushed a little bit, simply because Christmas and New Year fell between the price being agreed and all the paperwork actually getting underway. Things were slowed down more by a quite ridiculous legal problem: a mistake in the land registry meant the previous owner never officially owned the house we bought from him, but one the next street over (the street has a very similar name).

It didn’t help that the solicitor managed not to notice this until our mortgage had been claimed from the bank, transferred and the final contracts were an hour away from sitting in front of us. The fall out meant that we ended up with only ten days to work on the house a little and move everything out of our flat in the back of a Fiat Punto. It hasn’t exactly been the easiest process, and to say we’re less than impressed with the solicitor is quite an understatement (surely the very first thing on the checklist is ‘see if seller owns house they are selling?!’).

Still, while I’m not going to go into price specifics online, we’re fairly confident we’ve got a bargain, if one that needs a LOT of work, some of which is now starting to occupy my every evening. I’m going to post a whole load of ‘before’ images, the very same ones that were on the original house advert, alongside this entry just to give an idea what we’re working on, though we’ve already ripped the wallpaper off the entire house, re-plastered the upstairs and all but completed our bedroom. 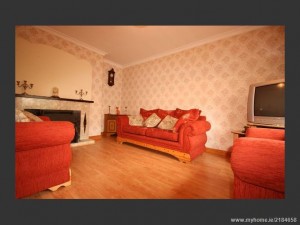 It’s actually pretty strange moving. We’ve been based in the same small corner of North Dublin for about three and a half years now, always in flats, and even with everything we own scattered across the floor throughout the house and a generally quite shambolic feel to the entire thing (the legal side kind of took away that one ‘it’s ours’ moment), it’s hard not to be a bit overwhelmed.

I’m definitely more inclined to put effort in on a house that’s actually ours. I guess with a flat the idea that its money thrown away stops you from ever making more than the adjustments that you need to make it comfortable. Here I’ve already put dozens of hours into improving the place, and I’m not even a tenth of the way through what I want to do. The DIY is a real learning process; it’s not something I’ve really bothered with in the past but it’s also more doable than I expected.

Most of all, though, it’s the sense that you’re building something that’s yours for the future; that every time you make another monthly payment it’s not going in someone else’s pocket, but that at least some of it (damn interest!) is going to end up in something you own. In amongst all the slightly silly ‘before 30’ things, I suspect this will end up being the one that really matters.

I’ll try my best to go back to throwing myself in the sea/ drinking highly dubious alcohol/ reading the unreadable (I’m looking at you, James ‘I don’t need an editor’ Joyce) and so upping the entertainment factor next time. Until then, you’ll find me covered in specs of paint and aching from painting ceilings, which I’ve recently discovered is no fun whatsoever. It’s going to be tough for a few months, but I could hardly be happier!