This article is part of a series of feature interviews prepared for the Dublin Ladies’ Gaelic Football Association ahead of their All Ireland 2016 final with Cork.

Always a football lover, Dublin ladies’ first team coach and selector Bobby McNulty got into the managerial side of things early: he’s been coaching for longer than he’s been an adult.

Starting at his own club, Thomas Davis in Tallaght, McNulty  – a garda outside of his love of football – worked his way up the sidelines of a number of underage panels before moving on to minors, under-21s and the senior men, as well as working with a number of Dublin age group sides. His Dublin minor side, alongside Conor Barry, won two Leinster titles and made an All Ireland final in 2013, before losing out to Galway in a replay. And then came the ladies’ seniors.

McNulty joined Greg McGonigle with Dublin senior panel in 2015, with the pair setting their eyes firmly on the All Ireland, a prize that had proved – by the narrowest of margins – elusive for the capital county over the previous couple of years.

“A few years ago, we wouldn’t have won that game against Mayo,” the coach says of the county’s recent semi-final victory. “Sinead Aherne having the confidence to put aside her earlier miss to put over that [match winning] point is the mark of a major player. We didn’t have a good second half, but we always knew it would be close.”

That semi-final saw Dublin snatch a last-gasp winner against the Connacht powerhouse through a break that was finished by the brilliant composed Sinead Aherne from a tight angle, with the westerners having earlier whittled away a substantial halftime lead and looking to be edging into control. McNulty believes that the days when these narrow games went against Dublin are a thing of the past; that the girls in blue are mentally tougher; composed and better equipped for the battle.

“We are very, very closely matched,” he says of the forthcoming finale against Cork. “If we get everything right, we could come out the right side of a single score game. The midfield battle is key, especially as Cork have two serious players in there; Briege Corkery and Rena Buckley are highly experienced. Obviously they’re a challenge.”

At the turn of the year, Dublin women’s football manager Greg McGonigle commented on the state of women’s football. “There are great footballing teams around,” he said, simply, but was quick to zone in on the reason that’s so apparent: a difference in rules.

“We’re at a stage where it’s different to the men with the pulling and the dragging, because a yellow card is a sin bin in the women’s game,” he explained, “and we can’t afford to have players sitting on the bench for ten minutes.”

The women’s game is arguably at its highest ever ebb. The addition of a well-known German supermarket chain on sponsorship duty and substantial coverage on TG4 have raised the profile substantially, with county players occupying billboards throughout our cities and increasingly recognisable as a result.

Last season’s All Ireland Ladies’ final was the biggest women’s sporting event of the year in Europe in terms of attendance, attracting just over 31,000 attendees, and topping the women’s FA Cup Final in England by a few hundred. If recent trends are anything to go by, this year should be still bigger.

The game, admittedly, tends not to be quite as physical as the men’s game, or quite as fast-paced, but there’s a purity to it: a focus on technical aptitude and fluid gameplay seems to be the dominant feature. While there are still thrashings, they’re becoming rarer, especially at the game’s upper echelons.

It’s hard to imagine a better advert for the game than Dublin’s last-second game-winning point against Mayo in the semi-final a week ago, in a game that went to the absolute wire. Dominant county Cork were given a serious test by Monaghan this weekend, with the Ulster side shooting 14 wides and still finishing only three points short.

Convinced on the strength of the county game, I decided to spend a week watching the Dublin championship club finals. The experience was one of the best adverts for a sport you could hope to see:

An athletic, pacey Foxrock Cabinteely side powered by playmaker Amy Connolly appeared in charge throughout much of the game against their gritty rivals. St Brigid’s needed incredible late input from county goalkeeper Ciara Trant to reach this stage, with the goalkeeper making a number of point blank saves against Ballyboden St Enda’s in their semi-final before stepping up to score a penalty that forced extra time.

The sheer grit was on display again here, with Trant, Sorcha Furlong and Leah Mullins the stars in a late comeback, after Connolly and Amy Ring took charge for Foxrock. Trailing by six points with five minutes left on the clock, Brigid’s harried their way back into things to get within two as the clock ran down. The game ended with a series of frees that saw half the Foxrock Cabinteely squad lined up along the goalline. Defensive pressure eventually forced a last-gasp goal effort just over the bar. 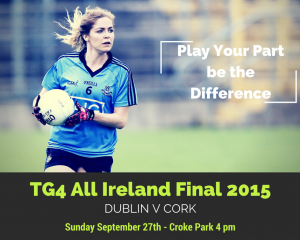 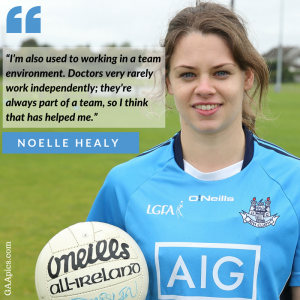