It’s hard to believe 2014 has passed so quickly. It’s als hard to resist – inundated with jingly Christmas tat and last-minute shopping as we are – using the last MAP of the year to push forward that rarest of things: a truly exceptional Irish club act. Our pub scene might dominate here in Dublin, but Belfast act OneKnown (a spin off/ rebrand from previous incarnation UNKNWN) is producing the kind of edgy beat we could use a little more of. Dig in, and happy Christmas/ New Year…

Click the play button icon to listen to individual songs, right-click on the song title to download an mp3, or grab a zip file of the full 17-track compilation through Dropbox here.

ARGENTINA: Zonaindie
Pablo Dacal y Fer Isella – Los Caminos
Singer-songwriter Pablo Dacal (MAP February 2009) invited fellow musician and friend Fer Isella to perform a concert together. In return, Isella proposed that they record an album. After years of conversations they finally got together, then the two artists visited Ulises Conti (MAP March 2009) at his Buenos Aires studio and invited him to produce the album. Right there, the newly-form trio recorded piano, vocals and other arrangements. The resulting album is called Los Caminos and here’s the self-titled first single.

AUSTRALIA: Who The Bloody Hell Are They?
ScotDrakula – Shazon
Steeped in a love for fuzz and 60s rock’n’roll, Melbourne trio ScotDrakula transcend the novelty of their name with songs so catchy they make Gangnam Style look about as appealing as week-old haggis. The band has just released their debut album and it’s drowning in two/three-minute garage super-soakers. Shazon is irresistibly charming, enough to convert the stalest individual to a headbangin’ conqueror of the dancefloor. 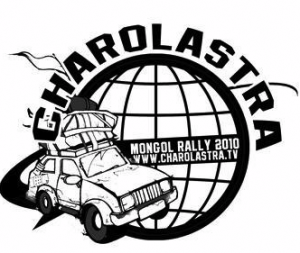