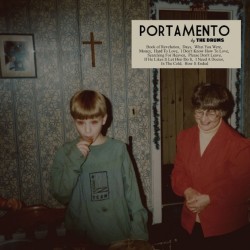 Having broken into mainstream consciousness with their long-awaited self-titled debut in 2010, The Drums quick-fire return quickly subverts the summer-pop anthems that helped make their name. Back in December, the band lost founding member Adam Kessler in a split that looked less than amicable from the outside. The loss was met with near-despair by the remaining members, but it only took a few months for the Brooklyn natives to return spouting plenty of borderline obnoxious positivity about new effort Portamento. The positivity, it turns out, was certainly not coming through in their music.

The Drums style has always been fairly distinctive. The vocals that allowed the contagious yet throwaway ‘Let’s Go Surfing’ to prod The Drums into the public eye last year step barely a musical inch from their point of origin in Portamento, yet thematically, the two albums are worlds apart. While Portamento might be aurally similar to The Drums previous efforts, the melancholy nature that always seemed to fester lightly under their summer-pop façade pushes forcefully to the forefront. On the face of things, The Drums have made a very similar album to their debut, but – no doubt brought out by Kessler’s departure – it’s underpinned by dark tinges that lend it an entire different, moodier target audience than their original summer-holiday guitar-pop ethos. ‘What You Were’ is perhaps the perfect example, with Pierce crooning ‘I cave in, I gave you my heart, hang on, hang on’.

If there’s a stand-out number here, it’s probably in the quick-fire ‘Searching for Heaven’, a track that’s contorted, harrowing vocals and minimalist keyboard backdrop are the album’s best effort at re-imagining the band’s sound to suit their darker mood. The explicit Joy Division beats of ‘Please Don’t Leave’ hint at a nostalgic new depth, too. The gloomy formula, though, largely maintains marked traces of the sunny band we suspected we might have uncovered back when ‘Let’s Go Surfing’ was still The Drums only notable asset. These days, it seems Pierce is still sat on that beach, the same faintly repetitive rhythms and melodies informing his style, but the motivation to turn them into anything but a darkly nostalgic glance at “what could have been” long-since dashed somewhere in the surf. If we were feeling particularly cruel, we might even go so far as to say Portamento is The Drums debut album, only written in a minor key after a dire case of heartbreak.

At times, though, it succeeds spectacularly where The Drums debut didn’t. As immediate and infectious as it often is, taking those well-touted Beach Boys comparisons and seemingly spiking the honey-drenched harmonies of sporadic tracks with the lemony bitterness of an apolitical The Smiths song. Despite those dingy segments arguably giving the band a new depth (as their set at Electric Picnic showed, that’s certainly the case live), it takes a few listens to pick out exactly where the lyrics are headed. Sometimes the concepts are great, but other tracks leave you cold, and wondering if it was really worth the hassle.