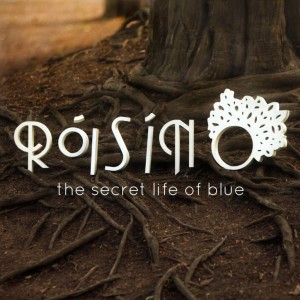 Both distinctively Irish in her vocals, but also taking inspiration from the massively successful array of female vocalists dominating our airwaves right now, Roisin O has seemingly appeared from nowhere on the Irish music scene over the past year or so. The young Dubliner takes her inspiration from all around her, making her sound seemingly perfectly suited to life in Ireland right now. Single ‘Here We Go’, for example, is inspired by Electric Picnic, and purveys that same sense of organic-tinged euphoria that’s at the heart of Ireland’s most popular festival. She’s riding the crest of one mighty impressive wave. Here’s the story from Roisin’s perspective:

You seem very much like you’re living the dream. How has the last year or so been for you?

The last year has been amazing! As a new artist it’s always the dream to record and release your first album and over the past year that’s what the band and I have been working on. After writing the songs we spent a long time fine tuning them and recording demos in my parents garage (not as glamorous as some people think!), but we had a lot of fun developing the sound. We then had the opportunity to test them on great crowds when we supported the likes of The Coronas and Brad Paisley and play festivals like Indiependence and Castlepalooza. Recording the album itself was probably the highlight of the year so far. We got together with our brilliant producer David Odlum and headed over to Studio Black Box in France. It was such a beautiful place and it felt so easy making music there, the beautiful surroundings (along with the amazing red wine) really helped the creative process! Though I didn’t want to leave I can’t wait for the next few months, to release the album and tour the new material.

You’re a difficult artist to sum up, but that tends to be a positive. For anyone who hasn’t heard you, how would you describe your style?

I suppose something like alternative-folk-rock-ish! It’s hard to describe, you have to listen and make up your own opinion of what it is! Someone once described our sound as a mix between Fleetwood Mac and Florence and The Machine… I like that description.

‘The Secret Life Of Blue’ is due out on the 21st of September. Does it differ from your previous material much?

In a lot of ways yes. In Studio Black Box we really developed the sound and tweaked the songs. Before we usually kept it to vocals, guitars, keys, bass and drums but we’ve really elaborated on that. We used a lot more synth sounds than we have before and added instruments like organ, omnichord and dulcimer and some string arrangements too. I think some people who know ‘The Thrill’ EP might be surprised by this album, we’ve really broadened the sound.

Is there a story behind ‘blue’, or it more of a tone?

There are many stories about Blue…. I wrote the lyrics in my back garden a few months before we started recording. At the time I suppose I was putting myself under a lot of pressure to come up with some great songs for the album. I had huge writers block and to get the words flowing I starting writing a silly song about my dog Blue (who’s named after the Joni Mitchell album which also influenced the song). After a while I started writing more seriously and it became a story about other things… I guess you’ll have to listen and decipher the story for yourself.

There can’t be many acts that can claim a single spark of inspiration so directly connected to a single event. Electric Picnic inspired you to start playing – what was it about the festival that pushed you over the edge?

I wouldn’t say it inspired me to start playing. I started playing long before I went to Electric Picnic. I did write our last single ‘Here We Go’ about it though! I saw some amazing bands and hung out with some great people and generally had an unbelievable weekend! Electric Picnic is such a feel good festival, everyone is on a happy, friendly buzz and it seems like people just become hippies for the weekend and adopt the peace and love attitude. I love the atmosphere of the place.

You have an incredibly musical family. Does your musical heritage weigh on your mind, or is it simply something that makes breaking in to the business that bit easier?

I generally prefer not to mention my musical family. I’d prefer people to listen to my music and make up there own minds about it and not be influenced either way by who my family members are. So in that way I don’t try to use it to my advantage in the industry, I prefer to be able to say I did it myself. But it’s great to be able to get advice from the people I love, who really know the business.

You’ve played a few TV and radio sessions now. Do you feel pressured by those experiences, or are you quite comfortable?

I’ve never been hugely nervous in those sorts of situation. Maybe a little, but I think each one adds to my experience and I get more and more comfortable every time… and get better at hiding my nerves!

We hear you have a degree in musicology. Do you think you have a different approach to music because of the academic background your songwriting has?

Not really to be honest. I started writing songs a while before I started college. It was a great place to meet other musicians (I actually met Ruth there, our keyboard player) and get introduced to music that I probably never would of otherwise. It was really a theory, analysis and history based course, there wasn’t really a performance aspect. But was helpful all the same and good craic!

What are your feelings on the Irish music scene in general? Are there any particular act that grab you?

I think there are some really great up and coming Irish musicians at the moment. And we really have so many great ones that have established themselves over the last few years. I’m a big fan of Lisa Hannigan, Wallis Bird and Declan O’Rourke, all three have made amazing albums that have definitely influenced me. It’s encouraging to see Irish artists make it in this industry, especially in a time when American and British pop culture is at the forefront of what we see on TV and hear on the radio. I’m also loving Little Green Cars and Eric McGrath at the moment.

Which musicians make you want to pick up the nearest instrument and dive in generally?

After the album launch, what are your plans for the future?

We’re planning a college tour around Ireland after the launch gig. And also a headline tour around the too. We’re also supporting The Heathers for a couple of gigs and also Mary Black on her tours in Holland and The States in October and December which I’m really looking forward to. I suppose the plan is to play as many gigs as we can and keep improving and moving forward. I can’t wait to be honest!