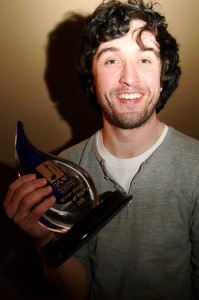 Shortly after winning the latest round of the Choice Music Prize, for the brilliant Ocean Of Frequency, Richie Egan departed Ireland to start a new life in Scandinavia. He hasn’t forgotten us, though – the Jape front man, in fact, seems positively unable to stay away. With his abundant side projects still on the go, and the possibility of more already getting a look in around his new home, rarely has one man been more music-focused…

It seems to have been a good year or so for Jape, particularly with the popularity of the album, which you’re quoted as having written ‘three times over’. Are you glad you left things as long as you did?

Yeah I suppose so. I mean, you can argue that it’s better to put everything out that you do but I always end up regretting anything I put out that I’m not 100% happy with, so I’m glad I waited. I still hear things I would maybe have done differently all the time but now it’s time to move on.

Ocean of Frequency is a far cry from Ritual; perhaps less immediate, yet it really worms into the head. Did your musical outlook change a lot in the break?

I suppose I got a bit older and a little bit more thoughtful about the whole process of writing. I actively wanted to do something that wouldn’t necessarily be immediate, but would rather worm it’s way under the listeners skin if they gave it the opportunity. It was an experiment, and I think it worked out fairly well.

How have you found melding your new material in with the older hits in the live set up?

It’s been easy enough, we usually rework the tracks for the live setting and these were no different. It’s always a challenge to play the electronic stuff live and keep it interesting and energetic.

You seem to have ample musical outlets, from bleepy dance to heady math rock. Is there something about your musical background that strings them all together?

Every project has a different dynamic, with different members and sounds so I try to apply myself to each situation the best way I can to make it work. It’s good because I get to look and listen from different perspectives with each project, and that keeps the juices flowing.

What will happen to your different projects now that you’ve moved away?

They will all keep moving on at their various speeds and maybe I will pick up one or two more over here as well. For now I’m focusing hard on writing for Jape though.

Redneck Manifesto in particular have seemed to be on the backburner, at least in terms of live appearances, for some time. What does the future hold for them?

Same as ever. We will continue to do stuff at our own chosen pace, and stuff will happen when it happens.

To some extent, are you falling out of love with the guitar?

Not at all, I love the guitar, particularly the bass guitar, and I play every single day. I love it just as much as I ever did but also love other instruments as well. 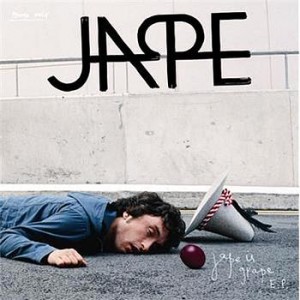 You must love the Choice Music Prize after winning for a second time. How highly do you value that kind of acclaim?

You can’t attach too much importance to awards but it does feel good to have won twice. The only time I feel really happy is when I write something new that I think is good. It’s an addiction for sure.

Do you have any specific plans for the money?

I bought a mixing desk and owed some money to the VAT man = money gone. Ten grand is a lot of money but I mean there are people doing FundIt campaigns for more than that you know, it’s the one question people keep asking me for some reason and I can understand why but it’s getting kind of annoying.

You talked of self-doubt in the writing of Ocean Of Frequency. Has the critical reception given you confidence?

I always feel a lot of self-doubt with songwriting, it drives me mad, sometimes I really don’t know why I do it but then I can never stop. It’s something in me that I can’t control, if I don’t write I don’t feel happy and then even when I am writing sometimes I don’t feel happy. I love it more than anything in the world, I’m fascinated by music and melody and the emotions and power it can bring.

You seem to make a point of supporting independent musical efforts in Dublin, particularly when it comes to gestures like reduced prices at Record Store Day, smaller shows and a very conversational twitter feed. Was Jape fed by the Irish music scene as much as vice versa?

I love to interact with people, especially musicians because I find it very inspirational, I love to see people do what they do and excel at it, it makes me feel the world is a better place.

Are there any particular aspects of your new home that you’re expecting to come out in Jape’s next release?

A lot of Scandinavians have a very keen sense of melody, I find, so maybe something melodic, I have some new tracks on the go and they are quite electronic, more so than Ocean of Frequency. It will be exciting to see how it turns out.

You’ve played across several continents over the last few months. Have any particular moments stood out along the way?

So many great times. Japan was brilliant, sitting in a volcanic pool of water (an onsen) and laughing with my friends. It can be nice to be alive sometimes.