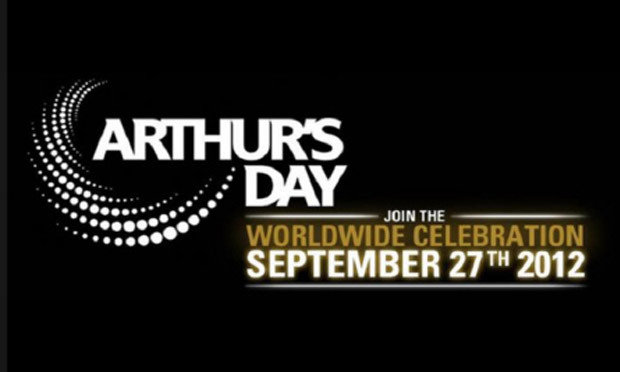 Wow, people really can get themselves wound up about Diageo’s little party tonight, can’t they? I can’t say I’m in love with corporate sponsorship. Yes, it can be a bit soulless, and yes, we all know that ultimately their objective is simply to sell us something, and that something isn’t exactly good for our health, despite what the old adverts told us. Even given all of that, the sheer number of reasons people can come up with to be upset about a whole load of free live music and the OPTION to drink a particular brand of beer is quite astounding. It’s all income for Irish bands (if they’re playing for free, I put it you that they’re not being too bright), and they all have the option to say no. Surely the worst case scenario is simply to sit at home and ignore it? But still, here’s the case for the defence:

“It’s bad for Irish music”: This is possibly the most ridiculous argument I’ve heard, especially given alongside the common argument that Guinness (Diageo) is British not Irish, making the entire ‘Guinness should support the Irish scene’ point mute anyway. Take a look at this list. It’s a full list of Irish bands playing Arthur’s Day, and if any one of them isn’t being paid, frankly that’s their own call, and I can only assume it’s one they made based on the publicity they think they’ll get from performing, or whatever other benefit they thing they might grab. Let’s assume a fair number will be cashing in. So they’re not the headliners. So what, if you’re anti Arthur’s Day presumably you don’t want it to happen at all, in which case the bands wouldn’t get any money or publicity from that either. The 90% (at least) of the bands involved on that list that are local all get something they’ve chosen to accept for their services. And a little goes a long way in these cases. I can give you a personal example: I’m thanked on the inside cover of Sounds Of System Breakdown’s last EP. I’ve written a couple of reviews of them in the past and know the lads a little, but nothing that would justify this, so I asked them why. It turns out it’s because I hired them for my wedding, paid them a modest fee considering the effort and distance involved (it was near Sligo), and that made enough of a difference to pay for a large part of the album printing. How many bands will Arthur’s Day do that for? It is most definitely not bad for Irish music. In fact, I’m going to stick my neck out and guess that this is one of the highest earning days the smaller acts (don’t make me define this, I mean not The Script and U2) on the  live music scene in Ireland have had all year. If the fact that some major headliner from Ireland isn’t also making big bucks is enough to discard this point, I put it to you that the Irish music scene on the whole isn’t your real concern anyway.

“It’s all marketing”: Well, yes it is. But there are a lot of kinds are marketing, some of which offer something back to the consumer and some of which don’t. There are billboards all over Dublin, and nobody whinges about those, yet they offer nothing. When you watch TV, you either pay not to have advertising through a TV license, or you have advertising and get the service for free. I’d hazard a guess that most people who stumble across this blog are fans of football, or formula one, or Oxegen (yeah okay, pushing it a little with that one), or Tennants Vital, or Hard Working Class Heroes or rugby. And if not, I guarantee you if I knew you well enough I could find an event that fits into this category that you like: marketing + event = cheaper, to some extent corporate event. So no, I won’t be lifting my glass and shouting ‘To Arthur’, because yes, I believe that’s a cynical and slightly ridiculous marketing ploy. But if that’s the worst I have to witness inside a venue to get a load of free gigs including the odd world class musician, well so be it. You can make argument about active and passive promotion all you like, but nobody can make you shout things about Arthur, and plenty of you would pay good money to go to those other events, where, ya know, you’re forced to drink a particular beer, eat a particular food etc. In fact, the same decisions made for you every time you go out anywhere – every pub has a drinks contract with someone – the only difference here is it’s more transparent and more forced. But it’s also FREE (beer aside, and you don’t have to drink). That for me is a fair trade off.

They genuinely offer something different: Where else is there any real possibility you’re going to see Primal Scream in a pub in the near future? There isn’t.

It’s only about drink: Right, so we’d better cancel St Patrick’s Day too, had we? People who get drunk tonight are people who would get drunk anyway, commonly, in the most part. I don’t drink a lot, and I won’t drink a lot tonight. The entire idea just makes no sense. It will cause problems, by sheer volume, but that’s the fault of those who choose to overindulge. I was walking through Temple Bar after Rubberbandits last weekend, and that wasn’t pretty, either.

It takes over the city for a night: And you can’t stay in for a night? It’s taken your favourite pub? If you can’t face a Thursday night without your favourite pub, I put it to you that it’s not Arthur’s Day that has the problem. Or, you know, you could defy all this marketing and just go somewhere without Guinness…

Most of the moaners on my Twitter feed are media: Okay, I follow a lot of media people, so this is in part my own doing. But music media types, I put this to you: we go to a lot of gigs without paying. It’s part of the job, and a fantastic perk, and can mean we don’t pay as much into the local music scene (at least through gigging – personally I probably more than make up for it in CDs, the gigs I do pay for, etc) as plenty of others. Gigs are expensive; I remember a time when I went to the best part of 50 a year and paid for them all. Now I average about 100 a year, and I certainly pay for far, far less than half of them (though with the time taken in reviews, you could argue I pay more than the ticket price at times when the reviews are unpaid, sometimes, but hey, that’s my choice). Most people don’t have free gigs all the time, so it’s all very well media types whinging; enjoy your free gigs, let the general public have theirs for once, too.

It destroys independent pubs/ brewers: Really? I’ve seen plenty of them marketing off the back of this; I can’t imagine they’ll be empty tonight, and if they are, well if Diageo can destroy them by putting on one night’s entertainment per year, it was probably only a matter of time anyway, wasn’t it?

Even if you don’t buy all this – join one large, cynical queue, apparently – there’s a very, very simple option open to everyone. JUST DON’T GO. I’ll hazard a little guess that it’ll either be a forgettable night that I think little more about (the same as staying in, so no loss, it only costs the two beers I’ll probably drink), or sometime down the line, seeing Primal Scream (insert your own favourite band of the night here) in a packed pub will utterly obliterate the fact that there was a Guinness logo behind them and somebody said something about Llamas. Hallmark holiday? Absolutely. One that’s anything other than a huge financial and PR positive for the Irish music scene in general? Well, every single act had the option to say no. 1,000 odd of them didn’t. That speaks for itself.