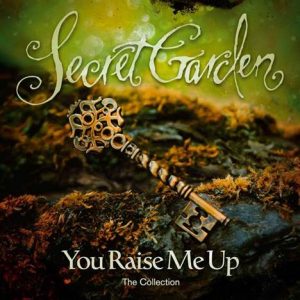 What’s back today is a ‘Best Of’, in essence. “It’s a teaser while we wait for the new album, which is in production,” sherry explains.

“The Story if that we were very involved with Universal London with the Dreamcatcher album, even if we were signed to Universal Norway,” Løvland tells us. “We got together more and more with Universal London, and they had a lot of plans for us, so this is the start of a collaboration with them that goes all the way back to the Dreamcatcher album. There are three main things with it really. One is to release the Jonny Logan (title) track that has never been released. It’s a big thing as there’s such a long story behind it.” 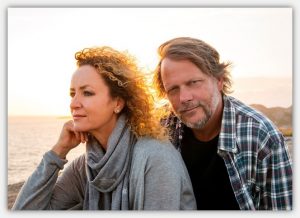 “There have been all kinds of problems behind it but I think we have some reconciliation now. We’ve sort of landed that conflict. A few years ago, actually. It feels very good.”

“Then we have another vocal song that we haven’t really done before. That’s a new thing for the album. and lots of bits and pieces, piano solos, stuff like that.”

“We work with stories, but really the melody is the story, not the lyrics. You are the ones to add some pictures of words to it,” Løvland adds. “I think that’s true for instrumental music. We lead the listener into their own stories, and hope it opens up some pictures and some imagination in the listener. That’s the beauty of instrumental music. It could be uplifting, or suit you when you’re in a dark mood, or whatever.”

“I think my role when I’m performing is to get that story across,” Sherry explains. “the violin is very expressive when it comes to getting ideas through.”

Working from separate countries if a challenge, of course. “We try to get together early in the process, and plan it together,” Løvland explains. “We’re working on the parts for violin and piano now, working out how they fit together. It’s so much easier today with the internet. Before, I would have spent double, triple the time travelling.”

“We can demo things and figure out keys that would have required physically being in the same studio together. When we started it was all cassette tapes, big bricks of mobile phones, fax machines, stuff like that. It seems archaic now, but that’s how it was. We weren’t even on email. But we’ve never considered it a problem not being in the same place.”

“It makes us very focused when we do get together,” Sherry continues. “We work really hard within the time, and then go back to the studio and do out bits.”

Instrumental music has other travel benefits. “It goes down really well in Korea and Japan and places like that,” Sherry tells us. “They understand it in those countries, the violin base and stuff. They inherently understand what we’re doing, and we’ve got to know those markets very well. It seems to be very easy for us to work and perform there. China is also a big market for us.”

In the 90s, Eurovision was more suited to the Secret Garden style, too. “There was an orchestra back then. You had to conduct well, not only perform on the day. Now it’s more on the lighting and staging than the music. Everything had this timing back then. Maybe we won because it was the right time for it. We had this Celtic wave which helped. I know a lot of people talk about the political voting now, but I do think mostly the right, good songs rise up to the top anyway, despite what happens.”

“You have to look at it as just a rocking great show, at the end of the day.” As for those two broken arms? “It was a very big drama at the time,” Sherry recalls. “I’m back playing, and nobody would hear the difference. I say sometimes it’s like asking a professional golfer to hit the same distance with a shorter club. I feel the difference, but the listener wouldn’t be able to feel the damage that I’ve done to myself. They were very bad breaks.”

Secret Garden’s new song collection ‘You Raise Me Up’ – which includes the first release of the track of the same name to feature Johnny Logan’s vocals – is out now.