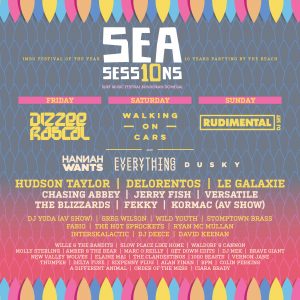 Summer isn’t summer without spending at least one weekend in a field supping luke-warm beer and watching music, right? By the time the sun actually peaks in Ireland, however, many of your best festival options are already sold out. Electric Picnic broke new ground this year by selling out without announcing a single act. The more well-known UK events are long gone, too: the more desperate festival goer might even be considering security, or pulling pints, to get through the gate.

Fear not, for there are plenty of places offering great beats and even better buzz on our shores, or just a short flight away. Those at home have drawn in a huge array of international talent. Those a short flight away might well make you your plane ticket back on cheaper tickets, food and beer, so are well worth a glance. Here are our six best bets (you can still snap up tickets for) for 2018 summer shenanigans…

Knockanstockan (Blessington Lake, County Wicklow) This lakeside event a few kilometres from Blessington has a cult following, as one of those festivals it’s impossible to truly understand without going. Think effortless hippie cool, great chances to uncover new bands, an incredible atmosphere and top late-night action. If you’re willing to forget the big-name acts, you’ll probably have a better time here than almost anywhere else (tickets €150).

Featuring: Jinx Lennon, The Eskies, The Bonk, Elaine Mai and The Hot Sprockets.

Colours of Ostrava (Ostrava, Czech Republic) A hidden gem within a short drive of Katowice (Poland), the main draw of this four day July epic is the creaking steelworks it’s set in, the chance to sip wine in a hard hat, really, really cheap beer and a surprisingly stellar line up that runs late into the night. Visually stunning, with a strong dance showing and plenty of cultural appeal (€122).

Sea Sessions (Bundoran, County Donegal) A west coast, beach-loving event that combines Bundoran’s ever-growing reputation for surfing with lively evenings of tunes. As well as the music and at least one afternoon of surfing (do it), you’ll be checking out BMX and skate jams, daytime beach sports, and another stunner of a location. Chilled. (from €109).

Featuring: Dizzee Rascal, Walking On Cars, Le Galaxie, Everything Everything and Delorentos.

Open’er (Gdynia, Poland) Considering the quality of its lineup, this is a ridiculously well-priced festival that takes place on an airfield just outside gorgeous Gdansk in Northern Poland. The early July party is big on charity, sports, art, and heady late-night beats with live music continuing until almost morning. For the price in the door, what’s on stage is truly world class (from €108)

Indiependence (Mitchelstown, County Cork) Cork’s small-but-lovely early August festival has just enough on site to keep you entertained, with an impressive depth of local talent on stage, and a handful of big-name international headliners tagged on the top end to round things off. Watch out for the food buses, and expect to be lured into the tiny tents to uncover something new (€139).

Beatyard (Dun Laoghaire, County Dublin) A closer to home festival that unlike the others here doesn’t feature camping (which, let’s face it, might be a big plus for some of us). They’ve brought in an impressively inventive line-up to play by the sea over the August bank holiday, and will also feature craft brews and water games. If the sun shines, this will be nothing short of epic (€150).