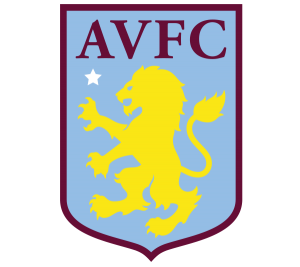 As you might or might not know, I’m a life-long Aston Villa fan. It’s been a rocky road. In the early days, it was quite good fun: a flamboyant, attacking club that won things – albeit relatively minor things like the then Coca-Cola Cup – and reached finals on a regular enough basis to bring lots of excitement. I had a season ticket as a student, by which time the club was a lower mid/table Premier League struggler, but still boasted the flair of people like Juan Pablo Angel and Thomas Hitzelsberger (don’t laugh, they were both excellent to watch). I still make roughly a game a year, which is less than I’d like, but as much as is really fair in the context of having a young child and living in another country.

In the next two weeks, Villa have the chance to regain their status at the top table, so I’ve decided I’ll take the chance to write about it. For two games. Or three. However long it lasts. I won’t be there, in all likelihood, but as far as a small number of games go, there’s nothing bigger than the playoffs. Time to ramble…

The Story So Far (And What I Think It Means)

It’s been a weird few years as a Villa fan, to say the least. I went to the last game in the Premier League and sat amongst the Holte End as Villa fans semi-ironically celebrated a draw against Newcastle, in part because it was likely to send them down (football fans are notorious for celebrating others’ misery, sadly), but also in part because they actually got a result. Specifically, a dour 0-0 draw. That side were awful, and even back then it seemed obvious – with relegation confirmed – that a quick return to the Premier League was not even close to a given. There were vocal protests outside the stadium before kick-off to go with it.

Last year was about clearing out and stabilising, something Sunderland – and the increasing difficulty in quick returns to the Premier League – have demonstrated is very necessary. Villa are largely rid of deadwood these days (I say largely looking at you, Micah Richards and the sadly shadow-of-your-former-self Gabby Agbonlahor), and with the infamous end of the parachute payment situation looming, failure to go up this season will mean squad reductions to meet financial fair play rules, inevitably. And for the casual observer, yes, football has got that much about money, and yes, it does matter to fans, for a very simple reason: financial desolation can mean a huge, huge drop for a club.

2017/2018 has also been an odd season. I wasn’t a fan of Steve Bruce before he arrived, to be honest, but he has definitely put in place a relatively colourful, attacking team. Having finished 13th in 2016/2017, and been lower for much of the season (it’s worth mentioning that Wolves and Cardiff City – who finished in the automatic promotion players this year, finished 15th and 12th respectively last year – the Championship is odd), things got off to a really bad start this year as well.

Villa opened with seven points from seven games. That was followed by a total turn around: a run of 11 wins in 14 games, lasting from mid-September to late November. After a poor December, they won six in a row through January, and converted that to nine out of 12 up to the end of a big home win against Wolves that made automatic promotion look like a real possibility, as they briefly pushed into second. Then came the (as a long time fan, seemingly inevitable) collapse, with losses to struggling Bolton, QPR and Norwich and a draw with Hull seeing Cardiff and later Fulham march past, and the playoff place solidify. I know a lot of Villa fans look at the poor run post-Wolves as the moment automatic promotion slipped away, but the seven points from seven at the start of the season is at least as culpable.

All that means Middlesborough over two legs for a place in the £100 million game. The playoffs are traditionally a lottery, though, contrary to popular opinion, they do traditionally slightly favour the team who finishes third. In the history of English second-tier playoffs, the team in third has won the most times (10). Fourth has gone up 6 times, fifth 8 times and sixth 5 times, so it does broadly reflect finishing places in terms of your chances. Based on recent form, and the quality of Alexander Mitrovic, I’d definitely be looking at Fulham as the team to beat. Obviously, from a Villa perspective, we have to look at Middlesborough first.

Villa’s record against Middlesborough is mixed, which is an equally good description of the season in general: sequences of fantastic form, followed by poor results against poor teams. Such is life in the Championship (which is an excellent league to watch as a fan, by the way, I’ll get to that later).

The two sides have played three times this season. Villa won 1-0 at the Riverside in the league, and it was a 0-0 at Villa Park. Middlesborough won 2-0 at Villa Park in the League Cup. There have been three red cards – two for Villa – across the three games. All of that suggests a tight game, some physical challenges and lots and lots of tension. Though I’m well aware of the playoffs’ history for goal fests, so perhaps I’m way wide of the mark.

So where do we stand? The honest answer is I don’t know. Villa have scored more goals, conceded less goals, won more games, drawn more games and lost fewer games than Middlesborough in the league this season. I would argue that through Grealish, ex-Boro man Adomah and the wonderful Robert Snodgrass (note to Steve: please sign permanently), we have the better attack, even if the best of it does come from the midfield. Sam Johnstone (Steve: see previous note) and a certain Mr Terry (who I wasn’t keen on, but to be fair to the man, he’s performed), the defence isn’t bad either.

That said, I’d hesitate to call it. I’d take a draw in the first game, and get them back to Villa Park and try and pick them off. Consistency will come into it again: Villa have really ebbed and flowed in form this year, and the current situation is a little indifferent, though you could blame that on having nothing to play for in the last few games. I was, I will admit, a little pleased to play Middlesborough instead of Derby, who looked like being the opposition until the very last second over the weekend. I hope I don’t live to regret that, but I do rate Derby slightly more highly, despite league position. They’re probably a bit stronger going forward.

But can you go into any game in the playoffs confident? I don’t think so. I’d be more confident of Fulham beating Derby than any other result over the next few days, but I guess that’s the way this all works: it’s easy to be positive about a team you’re not invested in.

So How Much Does It Matter?

On the face of it, the answer is a lot. It’s hard to imagine Villa will be stronger next season if they don’t go up, so even the absence of Wolves (who have had financial muscle even Villa can only dream of in the Championship this season), it’s hard to see a substantially better season than this one, especially given the very real chance of several star players departing. I can see Grealish, Johnstone (back to Man Utd), Snodgrass (back to West Ham) and Terry all going, and while Grabban hasn’t set the world alight, he’s been solid up front and would probably go rather than sign for good, too. That’s potentially devastating, and could mean a long spell in the Championship.

The flip side is entirely about what you want as a football fan. I’ve grown out of the ‘winning is everything’ view of football I had when I was younger. My exposure to sports journalism, amateur football in Dublin and what clubs mean to communities has turned my head away from caring quite as much about the ‘big time’ as I used to. The gloss, if you like, has come off the Premier League’s gloss.

Is it likely Aston Villa would do anything more than finish – at best – mid-table in the Premier League if they went up? No, not really, not any time soon. The Premier League is a disappointingly uneven league these days – more so than 20 years ago – and the feeling of real competitiveness has strata now. Leicester’s title win was the exception that proved the rule; it’s hard to imagine a repeat.

Playing devil’s advocate, you could argue going up is a bit of a shame: bye bye a league where almost anyone can beat almost anyone else, and it not be a particularly big deal. A league that’s still alive for most teams right up until the final days of the season. A league without the blatant imbalances that what is, in essence, a big regional club faces in trying to tackle the multinational, fans-across-the-globe conglomerates on the metaphorical sloping pitch of England’s top tier.

Do I mean that? I’m honestly not sure. I’m almost talking myself into it. Winning the playoffs would be unforgettable, a taste of a game as tense as Villa are likely to be in, perhaps in my lifetime. I would celebrate it in a huge way. But there’s a bit of me that can’t help fearing the same old lower mid-table indifference is not all that glorious a reward.

I hope we win. Of course I do. If it happens, I just hope it leads to something more.

Protests in full swing at #AVFC

Long shots: a mixed bag before the break (week 9)