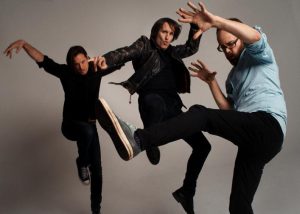 McMurray did have one regret, though. “I’m a little sad I wasn’t in the studio with The Undertones,” he admits, after Ash brought in the Belfast legends on ‘Buzzkill’, a track that featured backing vocals so uncannily like the old-school punks that they simply had to try and get them in. “I met them later, but I’d have liked to see them in action. Obviously, they’re legends around our way. We found out about them more because people kept comparing us to them in the early days, so we went and found out what they were getting at. They happened to be in New York during the recording, so it fell together well, they were happy to do it. They’re a vital reference point to us, even if we didn’t know much more than ‘Teenage Kicks’ back when we started.”

The return to band format is something that was, at least temporarily, on the back burner. Wheeler released an intensely personal solo album a couple of years ago. ‘Lost Domain’ focused on his dad’s dementia and passing away. ‘Islands’, a euphemism for the idea of solitude and lost bridges, is his break up record. 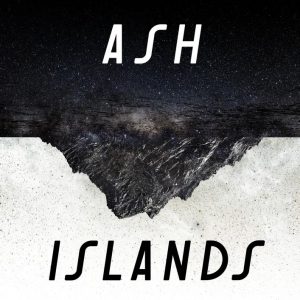 “The solo album was part of Tim’s grieving process,” McMurray explains. “He didn’t intend this one to be a breakup album, he was just writing songs, and they were always going to be for the band. He’s a little bit uncomfortable with how it ended up. He has this reputation as a ‘nice guy’, which he is, and he’s conscious that he’s just telling his side very publically. That’s why the first track on the record, ‘True Story’, is there, just to say there are two sides to every story. This is just his take.”

The process found a natural name in Wheeler’s approach to writing, during which he found peace on a series of actual islands around the globe, including art loving Japanese island Naoshima, Mallorca (Spain), Santorini (Greece), and even Lambay Island, off Dublin’s north coast. Skellig features in inverted two-tone on the cover, as a kind of distress call meets conceptual ‘it’s not all black and white’ symbol.

“I expect there will be some off-the-beaten-track gigs on the Islands theme,” McMurray tells us. “After you’ve been going as long as we have, it’s the slightly different gigs that stand out, like our first shows in China, or our gig in a hairdresser’s in Dublin [Rathmines’ Abner Browns] a couple of years ago. We’re really open to doing things that are a bit unusual.”

China delivered some particularly quirky moments, such as audience’s love for Tim Wheeler’s solo track ‘Feels Like Summer’, because of its tie-in with Shaun The Sheep. “It wasn’t too weird to play, we have had it in the set before,” McMurray recalls. “It wasn’t a typical tour, though. We’ve never had soldiers with guns as security before. We took some time to do a bit of tourist stuff, too.”

The drummer’s also been active at home, in particular in his campaign against Brexit, which he admits “I’m still not sure it will actually happen. I’ve had to mellow about it a bit on social media. I was very active ahead of the vote, very vocal. I think it’s important to engage, but I did feel like I was preaching to the converted at times.”

Ash starred at a concert encouraging different parties to sign the Good Friday Agreement twenty years ago, and naturally, have some concerns about the agreement potentially unravelling. Islands, perhaps, is quite politically appropriate in its messages of isolation, too, even if the songs are largely personal.

“It’s worrying,” McMurray continues. “The agreement was huge for Northern Ireland. It is possible something might happen, it’s potentially sinister. It does feel a bit like its slipping away. Nationality is not a huge deal for me. I’ve got a UK passport, not an Irish one, because it was convenient. I’m entitled to an Irish one, and I’ll be getting it for myself and my kids next time I’m in Ireland to pick up the forms.”

Twenty years ago, Ash had the status to speak for a certain section of Northern Irish society, such was their popularity. Those days are arguably gone now, though there’s no question they still have a hardcore following in certain quarters. “We have to role with the punches,” McMurray says of popularity and the changing tides of music’s fashion and fads.

“I don’t really know what’s popular, to be honest, I’m past that stage in my life, having kids and stuff. There are so many distractions from music, and I’m not listening to as much as I used to. It’d be good to get a younger audience with the record. Kids use YouTube as a tool now, more than music. Maybe one day YouTube will bring them back to music. There’s so much other stuff now for kids to be doing.”

‘Islands’, then, is the sound of Ash pouring their heart out. It’s not the gorgeous naivety of ‘1977’ or ‘Free All Angels’, but instead hones in on a raw honesty that plays to their melodic strengths. “It’s a theme, a metaphor for mixed up relationships, and for the recording,” McMurray concludes. It’s also a heartfelt, relatable take on the poignancy of human emotion.