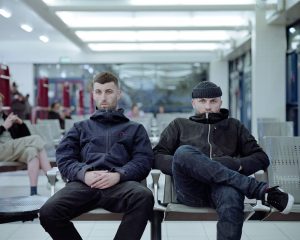 “We always wrote this way a lot in the studio, but when it comes to doing it on the record or performing live, a lot has taken place over the last couple of years, and it’s a big change. It’s a completely different ball game with the vocals” Young explains. “I’m starting to enjoy it. The first tour we did with Foam Island, that was kind of the one for new territory, for handling the difference when it comes to performing in front of people with a PA system.” 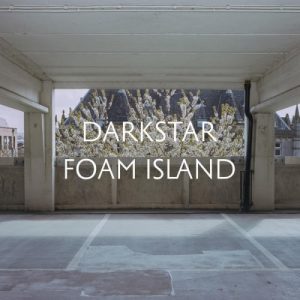 “We’re not really into a band and audience type of thing. It feels, sometimes, like it’s a separation. I like the idea that it’s kind of anonymous, that you’re feeling it all together, the audience and performer. Sometimes it feels like it’s all about the performer, not about the vibe,” Whalley elaborates. “When we prepare for shows, we tell the guys to make it really dark, with lots of smoke. We’ve been writing our new album recently, and thinking about how we can do our new album live. I’m not even sure I want to play in big rooms anymore. I want to get a bit more intimate now.”

“We’re not really sure where the new album is yet. We’re trying to take our time with it. There’s definitely a different energy since James [Buttery, former vocalist] left. I think we’re way more comfortable with this, now. It’s more like what we used to be.”

“The new album might be quite different. We’re focusing on being much more direct this time. We can’t wait to just get back into some album sessions, as we’ve been so distracted with great projects. We’ve been scoring a lot of stuff for commercials and films and stuff. We’ve played over films in Berlin and explored social issues in South Africa. It’s been a step away from things, so we’re really looking forward to getting back to the album.”

“Those distractions, with the writing process of the album, everything creatively is kind of building up. Inspiration comes from many different things, and when you finally get to the album, all these things kind of slip in. You need to keep topping up the creativity with these different projects. What happens is you get in a different headspace, and when you get back to conventional writing spaces for the record you’re completely different zone.”

“We had been banging our heads against the wall, so it’s been great to have that change.”

Darkstar’s new record, like most of their work, will appear when it appears. Most likely, it’ll slowly garner praise – recent recordings have seen comparisons with everyone from Radiohead and Brian Eno to Massive Attack and James Blake – before becoming a DJing staple, with tracks infused through alternative film and TV.

The duo like flying below the radar, shying away from conventional performance and instead delving into ideas revolving around social connection, and exploring change. Their beats, like their take on music, are slow-morphing, heady, and intense.