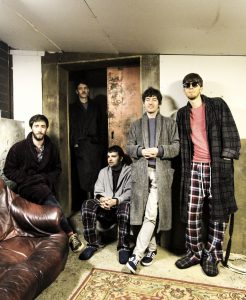 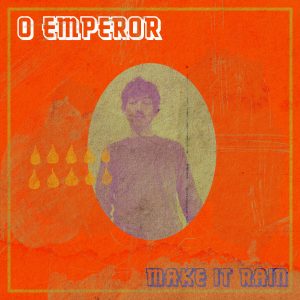 In the early days, O Emperor were signed to Universal, and looked like a serious prospect for the kind of overblown music industry success that the likes of Hozier and Walking On Cars went on to achieve. The difficulty, as Savage recalls it, was that even back then the band weren’t particularly suited to radio play. Even when second album ‘Vitreous’ was the hot favourite for the 2013 Choice Music Prize (Ireland’s national music award, eventually won by Villagers with ‘Awayland’), O Emperor were never quite a household name.

“Being with Universal was a long time ago, and important in the development of the band,” Savage explains. “It was short-lived but it taught us what we needed to know about the music industry and how to exist within it. We weren’t as avant-garde back then, but we were never the type for daytime radio. Daytime radio is very limited, unfortunately, and it doesn’t suit 99% of Irish bands. It would be difficult if you really wanted to pursue things full time, but we’ve never really been at that level.”

These days, it’s more about having fun, though it’s easy to get the sense that the more relaxed approach might bring about the band’s very best days. Savage sees the falseness and tepidness of the music industry for what it is, and prefers the more stress-free approach the band are taking now.

“We’re just enjoying playing, enjoying making music,” he says. “We’ve played in Germany and the UK before, and I hope we’ll be able to do that again, but it’s different doing it for the enjoyment. We found the PR stuff to be a lot of work, and quite stressful, especially when you’re spending money and feeling like you should be getting better results; that it’s not really helping you that much.”

“There’s an obsession with things being new, and you end up doing things like launches for international tours that are fictitious, really, as everything that’s online is available everywhere already, so you’re not really doing anything new. But from a PR point of view you need a ‘new release’.”

“We’re less and less interested in stuff like that, and far more focused on the music this time. If people discover our music in four years time and listen to it then, that’s great. That’s a nice thing.”

O Emperor make their Dublin return in playing the Bello Bar on the 17th of February. Single ‘Make It Rain’ is out now.